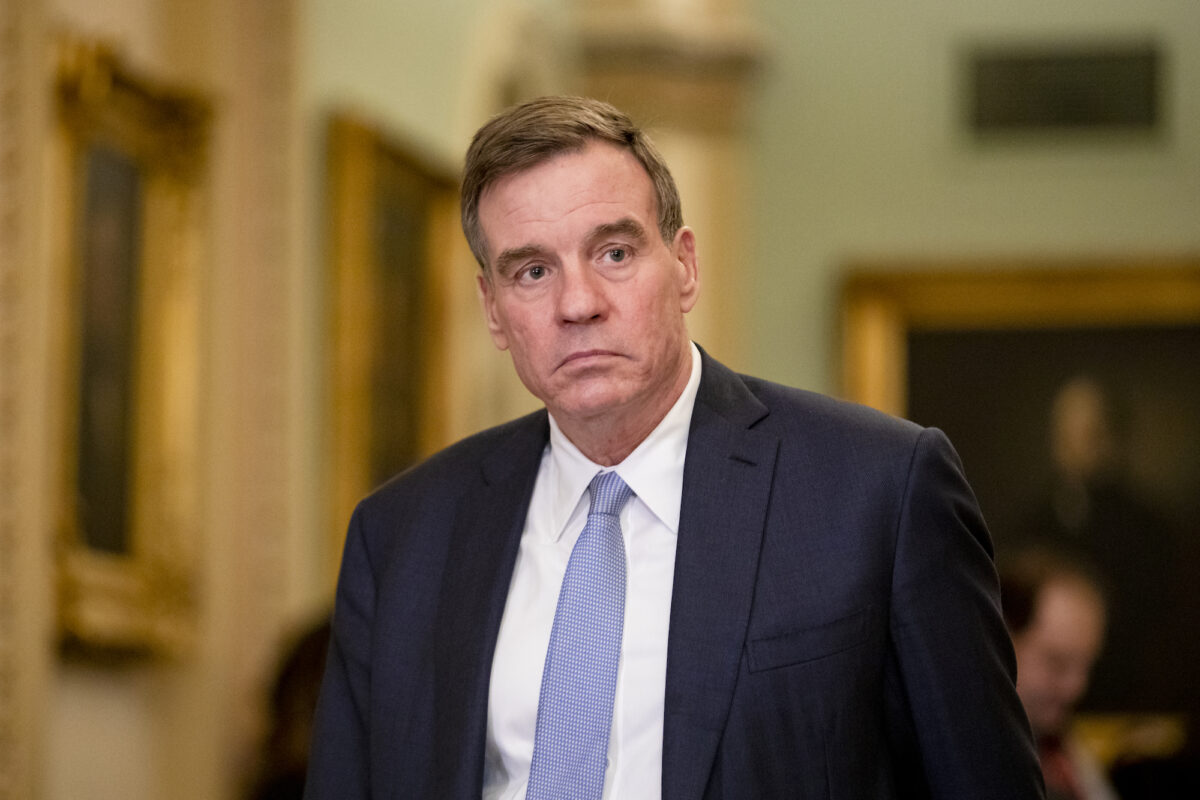 The ARP, which came in with a top-line price tag of $1.9 trillion, was passed by Democrats in March 2021 with no Republican support.

The bill, marketed as a COVID relief package, faced significant GOP criticism. Because Democrats held a razor-thin majority in the Senate and a relatively slim majority in the House, the party was able to pass the almost $2 trillion package using the reconciliation process. Bills passed under the process are immune to filibuster, so there was nothing Senate Republicans could do to prevent Democrats from passing the package.

Republicans have blamed the bill, in addition to a series of other spending packages passed by Democrats, for rising inflation.

Warner, the top Senate Democrat on the Select Committee on Intelligence, admitted that the ARP package was ultimately too big.

“Was there too much in the American Rescue Plan on a relative basis? Absolutely,” Warner told Bloomberg’s David Westin.

“But let’s remember—if you look at the $5 trillion that the government put into the economy during COVID, 80 cents on every dollar was spent under President [Donald] Trump.”

“Now I voted for all that,” Warner acknowledged, “so I’m not critical. I am thinking that virtually all of this legislation, if I had to do it over again, I would do it because the potential of unraveling the economy due to COVID.

“We just didn’t know where we were headed,” he added.

In view of this, Warner contended, the inflation that has battered American households was not solely the fault of his own party.

“I don’t think the marginal couple hundred billion dollars that came out of the American Rescue Plan—that has not been the sole driving force [of inflation],” Warner said.

Warner also rejected the idea that other major spending bills under the 117th Congress—including the $1.2 trillion Infrastructure Investment and Jobs Act, the $52 billion Chips and Science Act, and the $740 billion Inflation Reduction Act—were responsible for the inflation.

“Those dollars [from those three bills] haven’t even hit the economy yet, so I don’t think they’re the causes of the current inflation,” Warner said.

“In retrospect,” Warner reiterated, there was too much stimulus put into the economy over the past few years, regardless of which president or party was responsible for it.

‘The Fed Waited Too Long’

Warner also praised the Federal Reserve’s efforts to get inflation under control through raising interest rates but said that the central financial institution waited too long to do so.

At the end of September, the Federal Reserve raised interest rates for the third time in a relatively brief period, bringing rates up to between 3 and 3.25 percent.

Despite the Fed’s effort to balance keeping inflation down with avoiding a recession, Warner said the Fed was ultimately too cautious.

“We do need to acknowledge that the Fed waited too long to start this process,” Warner said.