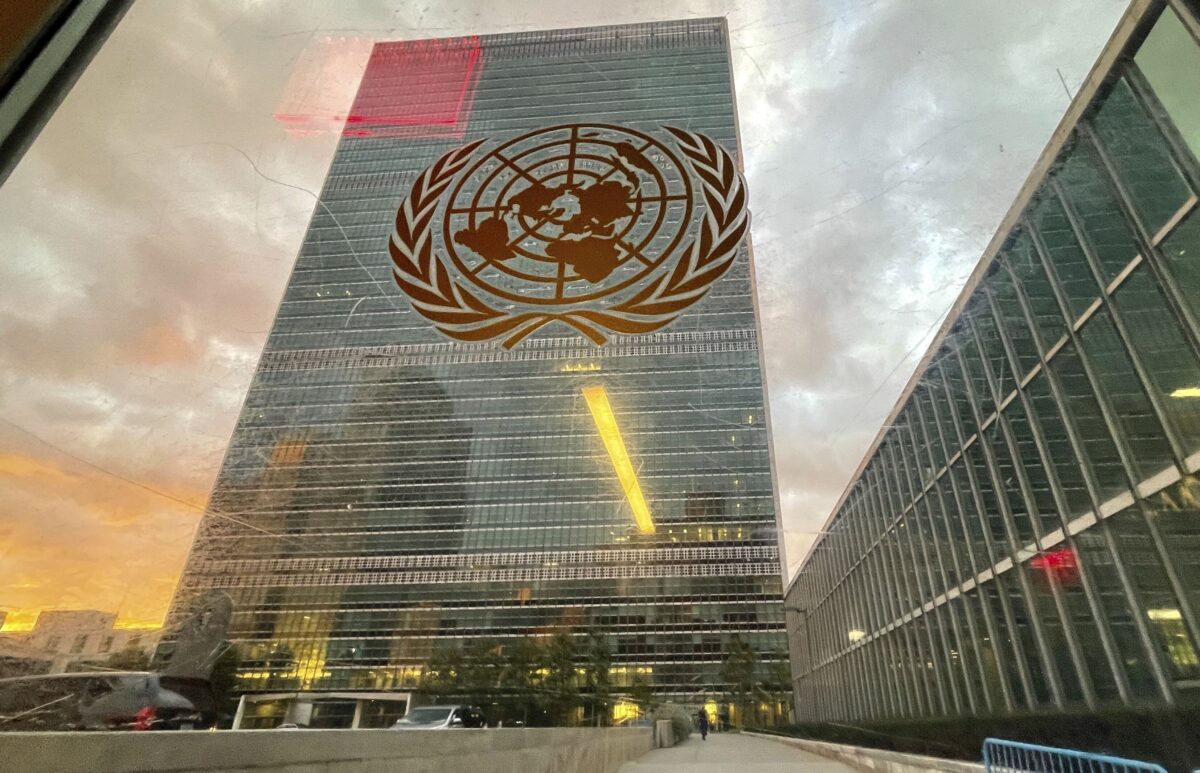 The war between states and banks over environmental, social, and governance (ESG) investing and similar practices has reached the doorstep of the United Nations–19 state attorneys general have launched investigations of major financial institutions’ commitment to the U.N.-convened “Net-Zero Banking Alliance.”

The alliance’s website states that its members control roughly 40 percent of the world’s banking assets and are “committed to aligning their lending and investment portfolios with net-zero emissions by 2050.”

“The Net-Zero Banking Alliance is a massive worldwide agreement by major banking institutions, overseen by the U.N., to starve companies engaged in fossil fuel-related activities of credit on national and international markets,” said Missouri Attorney General Eric Schmitt in a press release on the investigations.

A May 2022 press release from the alliance states that it “does not support the financing of fossil fuel expansion” but adds that it “believes that immediate divestment from existing fossil fuel positions will not necessarily bring about the required real economy decarbonization that the world needs.”

“We are leading a coalition investigating banks for ceding authority to the U.N., which will only result in the killing of American companies that don’t subscribe to the woke, climate agenda. These banks are accountable to American laws–we don’t let international bodies set the standards for our businesses,” Schmitt said.

Schmitt’s announcement is the latest salvo in a long-running conflict between major financial institutions and individual U.S. states regarding ESG.

State treasurers, such as West Virginia’s Riley Moore, have sought to move their state’s money from financial institutions that follow ESG principles.

Will Hild, the executive director of Consumers’ Research, praised the investigations.

“States are holding big banks accountable for obvious violations and for peddling highly questionable climate initiatives under the label of ESG–all part of a coordinated effort to handicap American energy at the expense of U.S. consumers,” Hild said in a press release on the investigations.

On the other side of the coin, environmental groups have criticized the U.N.’s alliance for accommodating financial institutions they believe have not gone far enough in divesting from coal, oil, and natural gas.

“It’s time for the NZBA [Net-Zero Banking Alliance] to make clear that banks who continue to finance massive fossil fuel expansion, while making grand pronouncements about climate goals, are not welcome in the alliance,” said Adele Shraiman of the Sierra Club’s Fossil-Free Finance campaign at Climate Week NYC, as reported by Reuters.

JP Morgan Chase declined to comment. None of the other banks responded by press time.