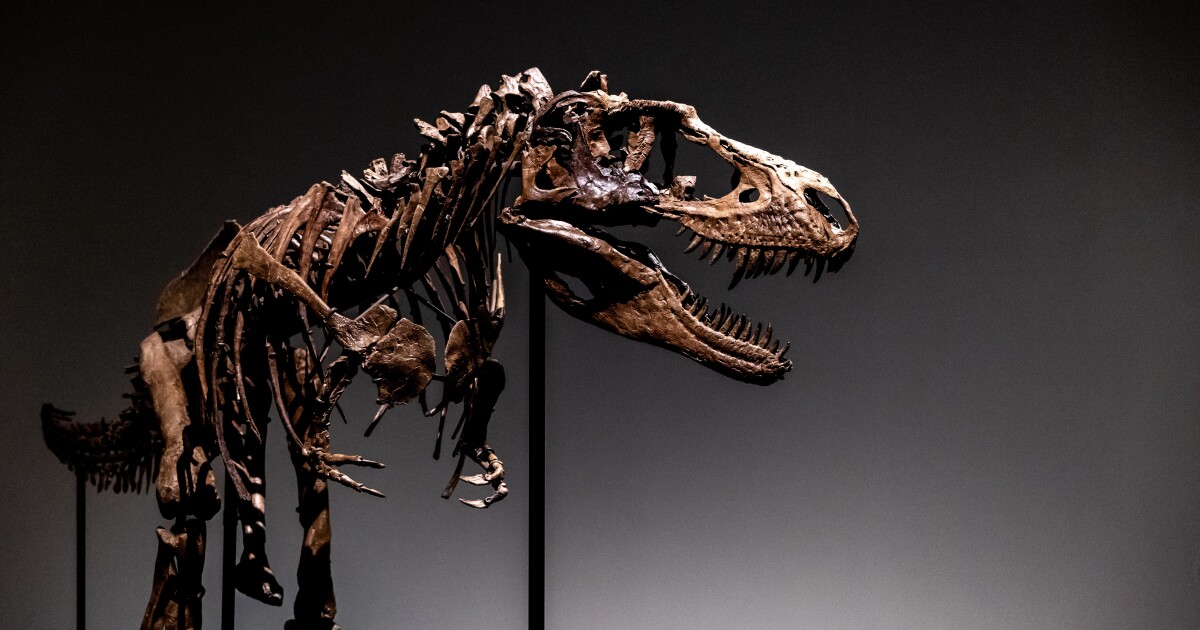 The 76 million-year-old fossilized remains of a Tyrannosaurus rex relative are expected to fetch $5 million to $8 million at a New York auction later this month.

The skeleton of a Gorgosaurus will be the main feature of Sotheby’s July 28 natural history auction, according to a report citing the auction house.

Gorgosaurus is a species of apex carnivore that roamed and dominated what is now the Western United States and Canada, the report noted.

The species lived during the Cretaceous Period, roughly 10 million years before the Tyrannosaurus rex ruled the land.

The skeleton of the Gorgosaurus was uncovered in Montana by the Judith River Formation in 2018, the report noted. It measures 10 feet tall and 22 feet long.

The skeleton is the only one available for private ownership, the report noted.

“In my career, I have had the privilege of handling and selling many exceptional and unique objects, but few have the capacity to inspire wonder and capture imaginations quite like this unbelievable Gorgosaurus skeleton,” Cassandra Hatton, Sotheby’s global head of science and popular culture, said.