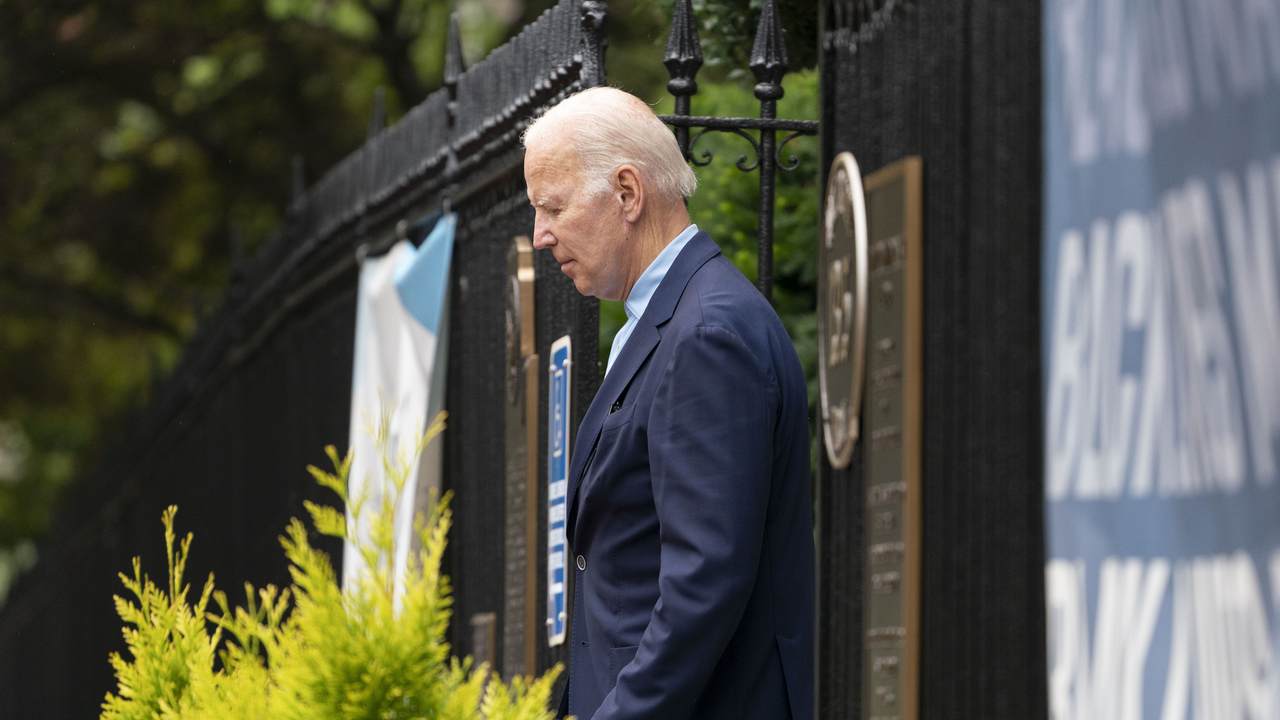 Upon arrival in Israel last week, President Biden made waves before he even left the airport over the announcement that he was going to avoid shaking hands and other physical contact due to an increase in COVID infections. In about as much time as it took to issue the announcement, the president dispensed with the fist bumps, shaking hands of some of the dignitaries, and holding hands with and kneeling face to face in front of two elderly Holocaust survivors. It’s believed that the Biden fist bump idea was to avoid having to shake hands with Saudi Crown Prince Mohammed bin Salman (MBS) when he arrived there two days later. Upon arrival in Jeddah, Biden resumed fist bumping, at least when he was publicly greeted by MBS. Despite no shortage of physical contact in Israel, one might say his Saudi arrival was mission accomplished, albeit awkwardly and inconsistently.

While the fist bumps to Israeli Prime Minister Lapid and President Herzog raised eyebrows, what Israelis kept talking about was a one-way handshake Biden initiated following an official Jerusalem ceremony at which he received Israel’s Presidential Medal. After a performance by a talented Israeli duet, Biden seemed genuinely moved and went to thank them, and shake their hands. This seemed completely unscripted, and quite natural, if what happened afterward hadn’t happened.

Singer Ran Danker approached Biden first and reciprocated with his own extended hand.  After that, Biden pivoted to shake the hand of Yuval Dayan, who deliberately avoided shaking the president’s hand. Her refusal to shake hands was not out of any political adversity or dislike of Biden.  Dayan is a religiously observant, Orthodox Jewish woman who practices the Jewish tradition of not touching men who are not her relatives, or spouse.  The same is practiced by Orthodox Jewish men.  It is one of the ways Jews maintain religious modesty.

Debate ensued as to whether Dayan embarrassed the president, should have done what she did, or should have extended her hand in return.

While Jews are bound by a tradition of Jewish law known as halacha, as in many areas of the law, there are gray areas.  If, for personal or halakhic reasons, one doesn’t want to have physical contact with a member of the opposite sex, that’s OK and should be honored.  Dayan did not shake the president’s hand, but she did, graciously and politely, acknowledge him.

However, Jewish law also places a strong value on not embarrassing another person.  Working and interacting with Christians daily, I have come across more than my share of awkward moments. I know I confuse people because, as an Orthodox Jewish man, I am more likely than not inclined to shake a woman’s hand, even return a hug, so as not to embarrass another person, and also because that’s often common in other cultures.  That’s acceptable in halacha, but not everyone agrees. I know that my “liberal” application of religious modesty between men and women is not what all Orthodox Jewish men (or women) are comfortable with. I try to use this always as a teaching moment, building bridges and explaining that just because I might shake hands or give a hug, others wont and don’t, and it’s best to be aware, sensitive, and non-judgmental.

Among most Christian friends, being judged for being modest is almost never going to happen.  It’s even admired.  In addition to religious modesty, nobody I know (or would want to have anything to do with) would disagree that people shouldn’t have control over who touches their body.  Nevertheless, the attacks on Yuval Dayan became so personal that she tweeted that people should be apologizing, to her parents.

Despite Dayan explaining later that she has committed to refraining from touching all members of the opposite sex due to religious modesty, many said she should have made an exception to avoid embarrassing the president.

Seeking to put the issue to rest, US Ambassador to Israel, Tom Nides, made a statement that not only was President Biden not offended when Dayan refused to shake his hand, he was impressed at her dedication to her religious values.

The prohibition on physical contact between non-related members of the opposite sex is rooted in the idea that physical contact between non-relatives can lead to sexual impropriety, or be perceived as such, another area of Jewish law which generally refers to giving a false impression of a situation that can be misinterpreted.  While far from being an Orthodox Jew, Billy Graham was known for, among other things, never being in a room alone with another woman, precisely to prevent the perception of any wrongdoing.

On a personal level, I encounter many people who don’t know Jewish law and are truly interested and respectful when I explain aspects of how we live that they wouldn’t otherwise understand or know about.  I can never recall anyone saying that refraining from physical contact with someone of the opposite sex is anything but honorable. People also are genuinely interested in how I explain such things. With 613 Biblical commandments, there are no shortage of fascinating conversations.

A few months ago, a pastor friend asked why we do one particular thing that’s part of Jewish tradition. I was honest with him and said I didn’t know, but would find out. Speaking at his church the following Sunday, he related this and how much he admired me for doing things that follow our tradition and honor God, even when I don’t know why. (By the way, now I do.)

As the incident with Biden went viral, Dayan, shared that she had communicated her religious boundaries to the staff at Israel’s presidential residence where the ceremony took place.  I wonder if anyone communicated to Biden that he’d be meeting an Orthodox Jewish woman who doesn’t or might not shake hands with him.  Surely nothing like that would slip through the cracks in an Arab/Moslem country, so if Biden’s staff failed to communicate that, that was their fault.

I celebrate and respect Yuval Dayan’s conviction. When challenged that she might have embarrassed the president, I ask if Yuval Dayan has less of a right to determine who she touches, or who she is touched by, in any circumstance, even if he is President of the United States?