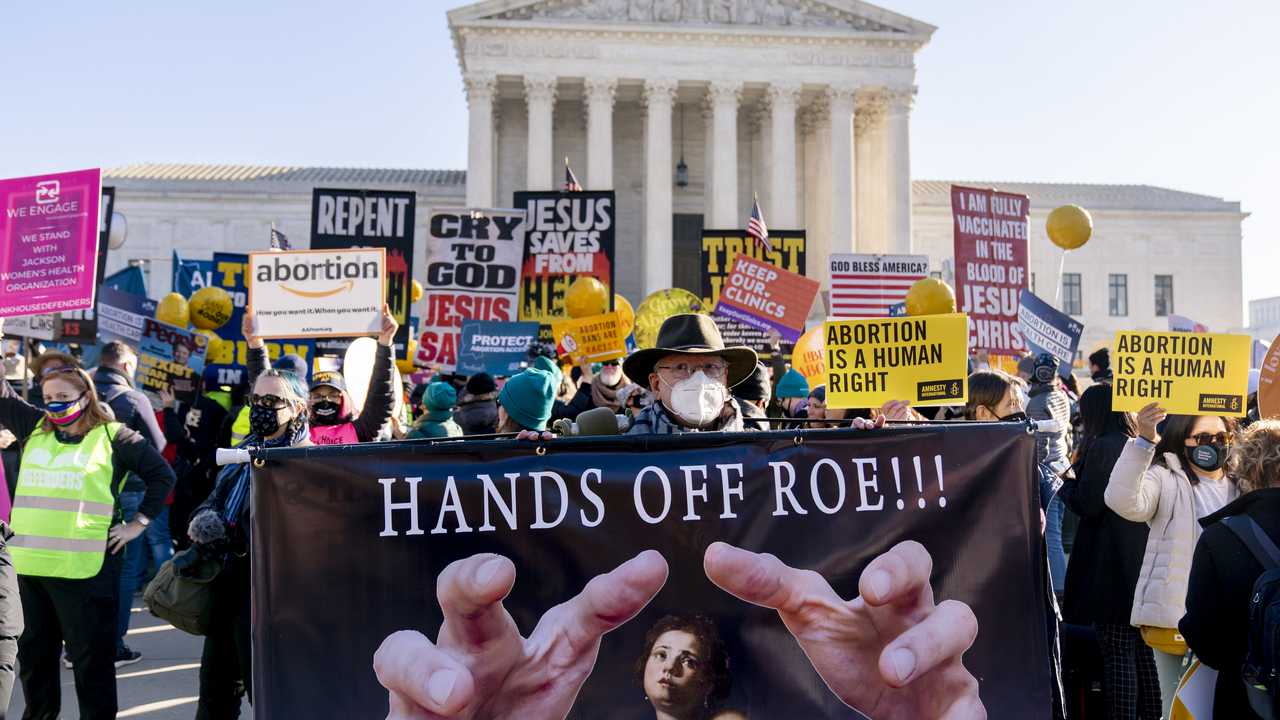 Since the Dobbs decision was released, supremely correcting a supremely wrong Roe decision, the Left has become even more unhinged.

The amount of mental and rhetorical contortions one must go through to justify the commercialized slaughter of millions of human beings is astounding. And Planned Parenthood is leading the charge. Unsurprisingly, the activist arm of the Democrat Party, is throwing every absurd charge of racism it possibly can at the Pro-Life movement. You know, the same movement that fights to save every human life regardless of color? The mere fact that Planned Parenthood now calls itself an anti-racist organization when it’s the leading killer of black lives would be funny if it weren’t so fatal.

If America was “built on the backs of slaves”, then Planned Parenthood was built on the backs, lungs, brains, livers, and wanted severed body parts of the unborn. It was built upon the unceasing exploitation of women…wait, pregnant people…wait, menstruating people…wait, birthing people. Ahhhhhhh, non-prostate owners? Anyway, mother and aborted child have made the abortion behemoth a $2.3 billion business, whether Planned Parenthood cares to acknowledge them or not.

Thankfully, the Dobbs decision set the record straight with the 14th Amendment, which finally recognized that people of my complexion were citizens and could not be deprived of “Life, Liberty or Property.” This week we celebrate the ratification of the most abused amendment in history.

Planned Parenthood versus Casey led to another conjured up right: reliance. The majority opinion opined that women, over decades since Roe, have formed a “reliance on the availability of abortion in the event that contraception should fail.“ The three dissenting justices in Dobbs (Breyer, Kagan and Sotomayor) exclaimed: “When Roe and Casey disappear, the loss of power, control, and dignity will be immense.” Treasury Secretary Janet Yellen claimed, without evidence, that ending Roe “would have very damaging effects on the economy and would set women back decades.”

Pro-slavery politicians thought the exact same thing, fearing the end of slavery. John C. Calhoun, a Democratic Senator from South Carolina opined: ““Be it good or bad, [slavery] has grown up with our society and institutions and is so interwoven with them that to destroy it would be to destroy us as a people.”

The same political Party that went to war to protect slavery has announced, through its surrogates, that it will be ungovernable during its “Summer of Rage.” President Joe Biden, who once said that Roe “went too far”, sadly hyperbolized that the overturning of Roe “set us back 150 years.”

No. It actually took us back to 1972 when abortion was illegal in the majority of states. But if you ask pro-abortion activists or the historically-challenged president of Planned Parenthood (Alexis McGill Johnson), it takes us back to slavery.

Ahhh, the religious dogma among those who believe the sacrifice of another body is the highest virtue. MSNBC’s Zerlina Maxwell claimed that abortion and bodily autonomy were “added in later” to the Constitution. Hmmm. Didn’t read that version. Her guest, law professor Michele Goodwin, then claimed that slavery “was explicitly the denial of bodily autonomy and liberty.”

What so-called reproductive justice activists get completely wrong about bodily autonomy is that our humanity is first. No one is going to care about your body if they don’t regard you as human. Your body has no “rights” when you’re viewed as property. Slavery was the denial of personhood, refusing to recognize that every person is a human, and every human is a person. Throughout history, heinous treatment of fellow human beings wasn’t the result of failing to see they had “rights over their bodies” but that those somebodies had no inherent right to live.

Slavery violently removed millions of human beings from their natural home, treating them as chattel that was salable or disposable.

Abortion violently removes millions of human beings from their natural home, treating them as chattel that is salable (in wanted body parts) or disposable.

Slavery separated children from their mothers in order to profit the slavemaster.

Abortion severs children inside of their mothers in order to profit abortionists.

The institution of slavery prospered by implementing systemic rape and forcing pregnancies.

The industry of abortion prospers by inciting systemic promiscuity and ending pregnancies.

Seven men in black robes decided that a group of humans were mere property and not protected by the Constitution in the 1857 Dred Scott decision, denying millions their God-given humanity.

Seven men in black robes decided that a group of humans were mere property and not protected by the Constitution in the 1973 Roe decision, denying millions their God-given humanity.

Slavery caused American society to turn its back on the most marginalized and accept the status quo. A remnant, though, refused to be silent or intimidated. They fought peacefully to abolish the evil so that “created equal” applied to every member of the human family.

Abortion caused American society to turn its back on the most marginalized and accept the status quo. A remnant, though, refuses to be silent or intimidated. We fight peacefully to abolish the evil so that “created equal” applies to every member of the human family.

The late Dr. Mildred Jefferson (the first black woman to graduate from Harvard Medical School, first female surgeon at Boston Medical, and cofounder of the National Right to Life) had this to say about abortion: “I would guess that the abortionists have done more to get rid of generations and cripple others than all of the years of slavery and lynchings.”