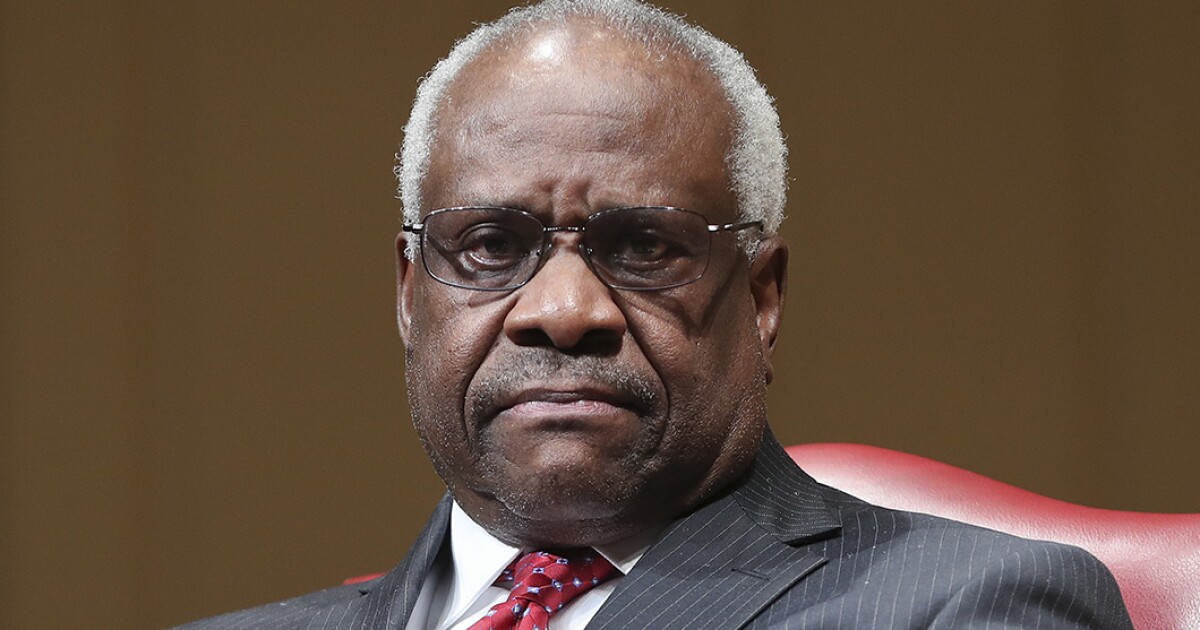 Supreme Court Justice Clarence Thomas crossed a line in a case involving the Capitol riot, according to a member of the Jan. 6 committee.

Rep. Adam Schiff (D-CA), a high-profile member of the panel, ratcheted up his rhetoric admonishing Thomas after the vice chairwoman of the committee, Rep. Liz Cheney (R-WY), said on Sunday the panel could subpoena Virginia “Ginni” Thomas, the wife of the conservative justice. Schiff referred to the Supreme Court ruling in January to reject a request by former President Donald Trump to prevent the release of White House records to the Jan. 6 committee; Thomas was the lone justice to dissent.

“There are lines that shouldn’t be crossed, but those lines involve sitting Supreme Court justices not presiding or appearing or taking action in cases in which their spouse may be implicated,” Schiff said on CBS News. “And in this case, for Clarence Thomas to issue a decision, in a case of dissent, in a case where Congress is trying to get documents, and those documents might involve his own wife, that’s the line that’s been crossed. And I think, for Congress to be looking into these issues, looking into conflict of interest issues.”

He added, “But here, looking into issues whether it involves the wife of a Supreme Court justice or anyone else, if they have information or role in an effort to overturn an election. Yes, they’re not excluded from examination.”

Schiff was responding to a question from Face the Nation moderator Margaret Brennan, who asked the congressman if there are lines that shouldn’t be crossed here when it comes to the Supreme Court, noting, “One of the objections to the premise of a subpoena here is that it sets a dangerous precedent by putting the spouse of a justice in this political forum.”

Brennan followed up by pressing Schiff on whether he supports issuing a subpoena to Ginni Thomas, who became of interest to investigators because of correspondence with people in Trump’s orbit about efforts to overturn the results of the 2020 election.

“If she has relevant information or investigation, we hope she comes in voluntarily,” Schiff replied, echoing Cheney’s position. “But if she doesn’t, then we should give that a serious consideration. And, yes, I think those that we decided have important enough information should be subpoenaed.”

Some Democrats have called on Clarence Thomas to resign or be impeached, while others said he should at least recuse himself from Jan. 6-related cases. Schiff expressed support for Thomas removing himself from Jan. 6 cases last month “at a minimum,” adding in an interview with CNN, “We want our justices to uphold a standard that goes beyond what’s lawful or unlawful to avoid even the appearance of a conflict or impropriety.”

Ginni Thomas previously signaled willingness to cooperate with the Jan 6 committee, saying she “can’t wait to clear up misconceptions.” However, her lawyer Mark Paoletta sent a letter to the committee in late June saying he did not understand the need for his client to appear before the committee and asking for “better justification.”