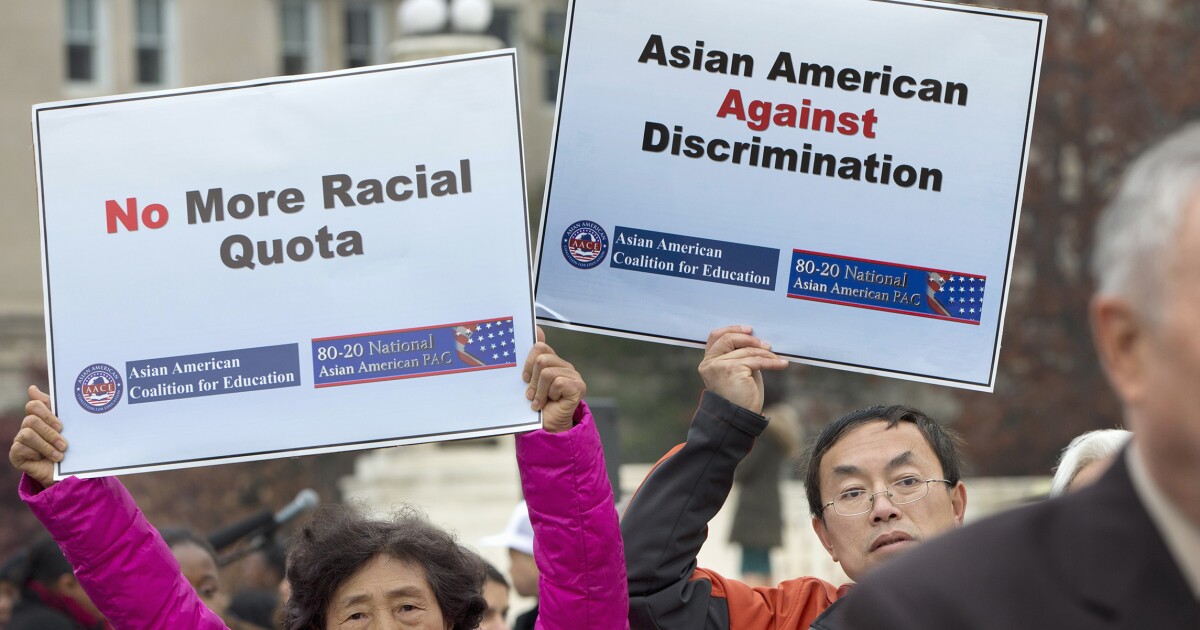 A study from a conservative think tank says affirmative action policies have a mixed record in helping minority students and may, in fact, harm the academic prospects of those students in some circumstances.

The study, authored by Manhattan Institute policy researcher Robert VerBruggen, argues that a phenomenon known as “mismatching” plagues some students who were admitted to elite universities through race-based affirmative action.

“Mismatched” students, the study says, are those students who are placed in an academic environment to which they are not adequately suited and could end up “falling behind, becoming frustrated, receiving low grades, and sometimes switching to easier majors or dropping out.”

VerBruggen, who notes that his review of available data is “assuredly not comprehensive,” cited a study from Duke University that said “a simple statistical model based on students’ incoming qualifications” is the most accurate predictor of a student’s grades.

“Such models also did a good job of predicting which students would leave more difficult majors (which students also chose themselves, of course, presumably believing that they could graduate in those majors),” VerBruggen wrote. “In other words, some schools know — or could know, if they ran the numbers — that some students’ chances of failure are higher than they themselves believe.”

In a statement to the Washington Examiner, VerBruggen noted that “affirmative action is often debated as a trade-off between helping underrepresented minority groups on the one hand, and discriminating against whites and Asians on the other.”

“Simply put, racial preferences have different effects in different circumstances,” VerBruggen said. “The farther out of step a student is with his peers, and the more demanding his field of study, the more likely problems become — but in other cases, kids who receive preferences can be better off at a more elite school, where they might have better professors, well-connected peers, and so on. The way to address the uncertainty, in my view, is to give students personalized information about their chances of success: When a student is accepted to a given academic program, they should be told how similar students have fared there in the past.”

The use of race as a determining factor in college admissions has long been a controversial practice that has repeatedly faced legal challenges. The Supreme Court is slated to hear oral arguments in its next term challenging the legality of affirmative action.

That case, Students for Fair Admissions v. Harvard, was brought by a group of Asian Americans who claimed that Harvard University had illegally limited the number of Asian students it admitted. The case seeks to overturn a pair of landmark precedents that have allowed university admissions policies to consider the race of applicants in a limited capacity.