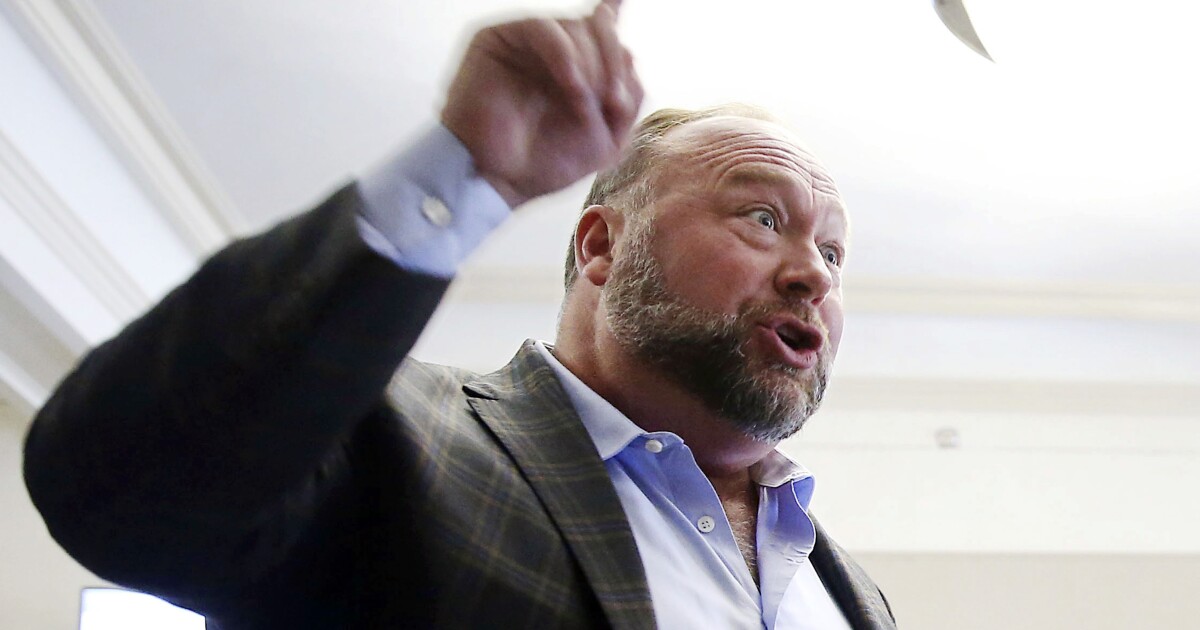 Alex Jones is jumping off the Trump train and hopping aboard the Ron DeSantis bandwagon.

The Infowars host explained he “pigheadedly” backed former President Donald Trump due to fears of a Hillary Clinton or Joe Biden presidency but has now marveled at how Florida’s Republican governor has become “unbelievably good” during his reign over the Sunshine State and believes he is the better man to be the GOP standard-bearer in 2024.

“DeSantis has just gone from being awesome to being unbelievably good. And I don’t just watch a man’s actions. As Christ said, judge a tree by its fruits. I can also look in his eyes on HD video, and I see the real sincerity,” Jones said in a broadcast Wednesday.

Trump has lost Alex Jones. He announces today he is off the Trump train: “I am supporting Desantis .. I can look into his eyes on HD video, and I see the real sincerity.” pic.twitter.com/wvpKq2PjQR

During his remarks, Jones noted that he differed with Trump on Operation Warp Speed — the initiative aimed at fast-tracking production of COVID-19 vaccines during the thick of the pandemic.

“I pigheadedly supported [Trump] a few years ago even though I disagreed with his Warp Speed because I thought that we had to keep him in office because of the nightmare scenario if Hillary or Biden got in,” Jones said.

Jones was a stalwart supporter of Trump during the 2020 election, even participating in “Stop the Steal” rallies and peddling claims that Trump had been deprived of victory in the election due to rampant electoral malfeasance. Courts and election officials have roundly rejected such claims.

Jones was ordered to pay roughly $45.2 million in penalties in the defamation case against him earlier this month after a jury sided with the parents of a victim in the Sandy Hook shooting who sued him over claims that the massacre was a hoax.

DeSantis and Trump are widely regarded as the front-runners in the Republican primary heading into the 2024 presidential election. Trump says he has already made up his mind about 2024, telling New York the only outstanding issue for him is when to announce his decision.

DeSantis has been coy about his presidential aspirations, saying he is focused now on seeking reelection as governor.