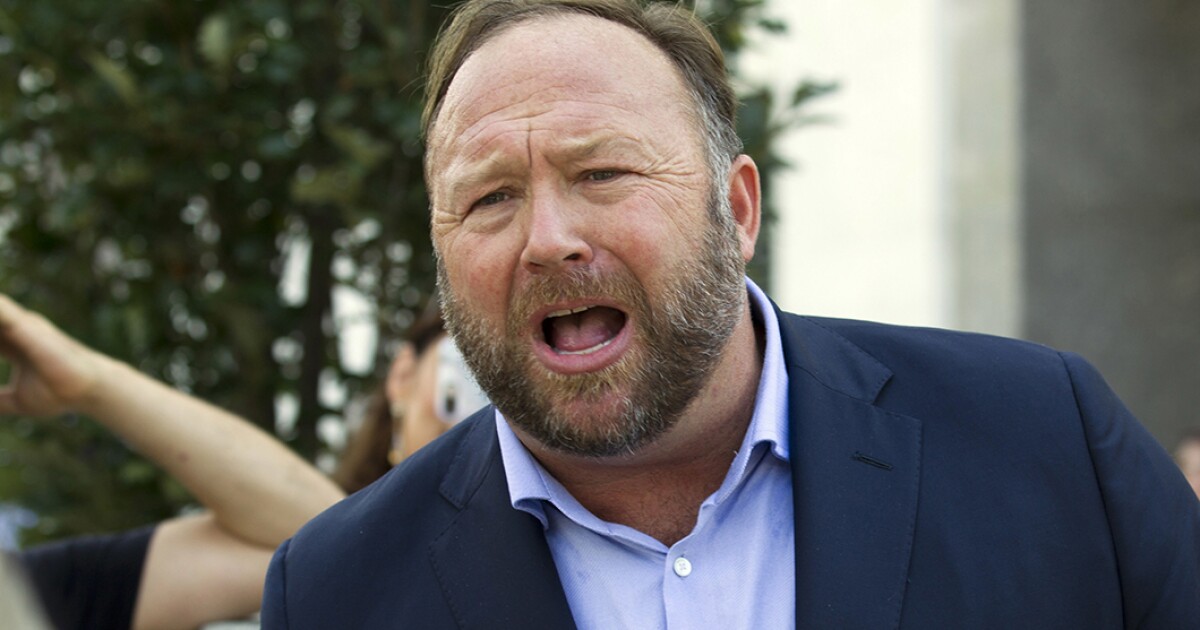 Sales for Infowars products have spiked despite Alex Jones’s defamation lawsuits brought on by the parents of victims of the 2012 Sandy Hook mass shooting.

This week alone, sales are expected to hit $800,000, lawyers for Free Speech Systems, the parent company of Infowars, said, according to a report.

Jones was ordered last week by a Texas jury to pay nearly $50 million to the parents of one 6-year-old victim after he told millions in his audience that the mass shooting in Connecticut was a hoax.

Prior to the verdict, Free Speech Systems reportedly filed for bankruptcy to mitigate the financial burden that would result from the lawsuits relating to Jones’s claims about Sandy Hook.

However, Infowars appaars to be raking in earnings in the past few weeks, according to the report.

The site reportedly has the ability to bring in $450,000 daily as a result of recently introduced products and back-ordered inventory.

Sales are heavily generated from nutritional supplements, the company reported.