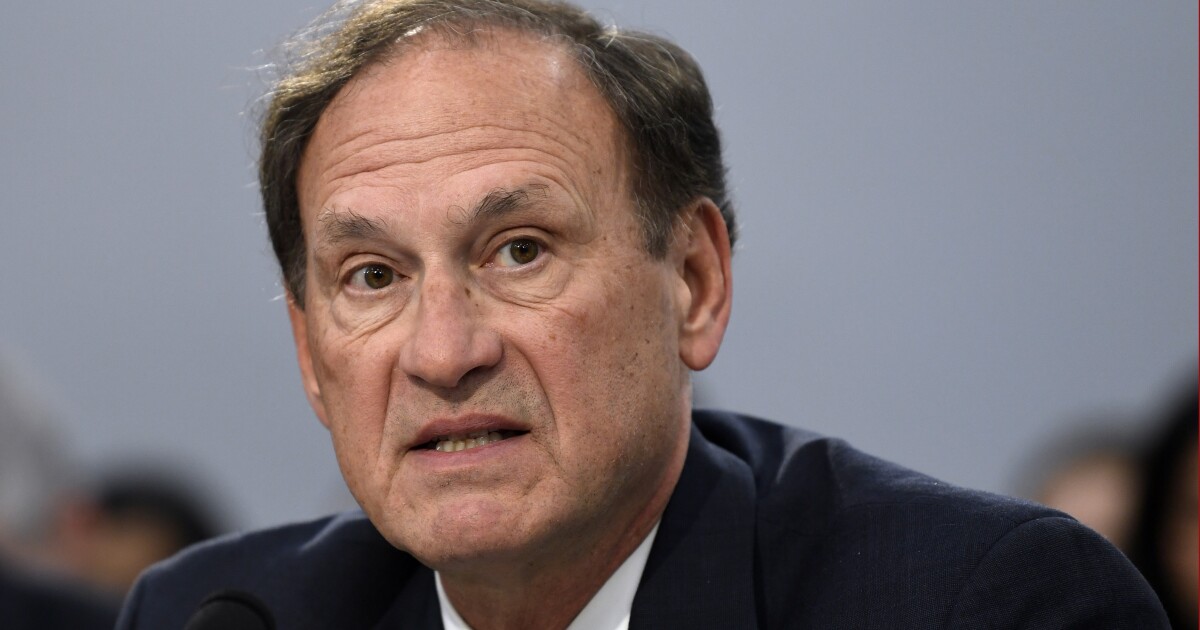 Supreme Court Justice Samuel Alito said the leaked draft opinion in the Dobbs v. Jackson Womens Health Organization case that went public in May made the justices “targets for assassination.”

The conservative member of the high court shared his assessment an event hosted by the Heritage Foundation on Tuesday.

“It was a grave betrayal of trust by somebody. And it was a shock because nothing like that had happened in the past. So it certainly changed the atmosphere at the court for the remainder of last term,” Alito said.

“The leak also made those of us who were thought to be in the majority and supportive of overruling Roe and Casey targets for assassination because it gave people a rational reason to think they could prevent that from happening by killing one of us, and we know that a man has been charged with attempting to kill Justice [Brett] Kavanaugh. It’s a pending case. So I won’t say anything more about that,” he added.

🚨 Justice Alito on the SCOTUS leak 🚨

“The leak also made those of us who were thought to be in the majority in support of overruling Roe… targets for assassination.”

The justice also stressed the leak was in last term and that he is looking forward to the new term that is now underway along with a return to normalcy.

The May 2 leak of the draft of Dobbs decision led to heightened security around the high court in Washington, D.C., especially after an attempted assassination on Justice Brett Kavanaugh. The draft decision showed the court was poised to overturn Roe v. Wade and return the issue of abortion to the states, something the court ultimately did with its June decision in the high-profile abortion case.

Some Supreme Court justices have hinted at the ensuing leak investigation wrapping up in the near future, but nothing has been released as of press time.