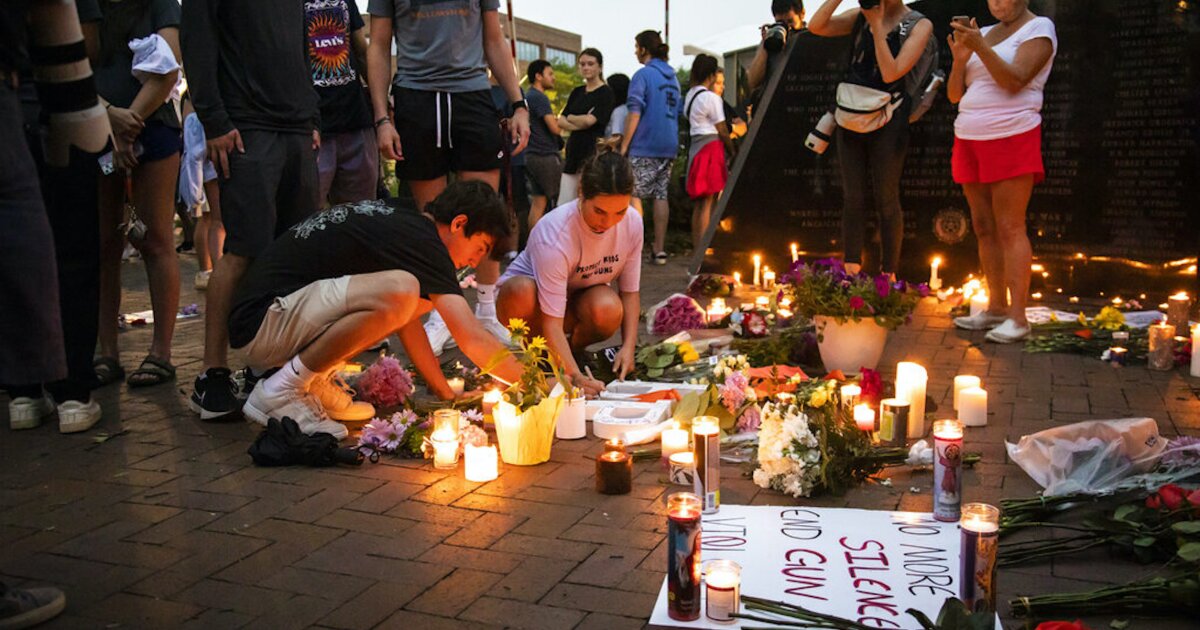 The father of the alleged gunman in the Highland Park shooting sponsored his son’s gun ownership card despite prior threats of violence, according to police.

Robert “Bobby” E. Crimo III obtained a Firearm Owners Identification, or FOID, card, which is necessary to purchase firearms in Illinois, under the age of 21 with sponsorship from his father, a news release by Illinois State Police said.

The FOID card application form was filed by Crimo, along with an affidavit from his father, in December 2019, and the FOID card was granted in 2020, the statement added.

The sponsor agrees he or she “shall be liable for any damages resulting from the minor applicant’s use of firearms or firearm ammunition” as part of the application for granting an FOID card to a minor.

Crimo was 19 years old when he applied for the FOID card, a minor by application standards, but he was 21 years old, no longer considered a minor, when he allegedly opened fire on an Independence Day parade in Highland Park, Illinois.

Police did not say whether the alleged shooter’s father could be held responsible for any crime for sponsoring his son’s FOID application.

Crimo had a clear and present danger report filed against him by police in September 2019, Illinois State Police said. The report was filed after Crimo made threats against his family, but no arrests or firearms restraining orders were made, according to police.

Crimo has been charged with seven counts of first-degree murder for the shooting at an Independence Day parade in a suburb of Chicago, in which seven people were killed and 54 others injured.