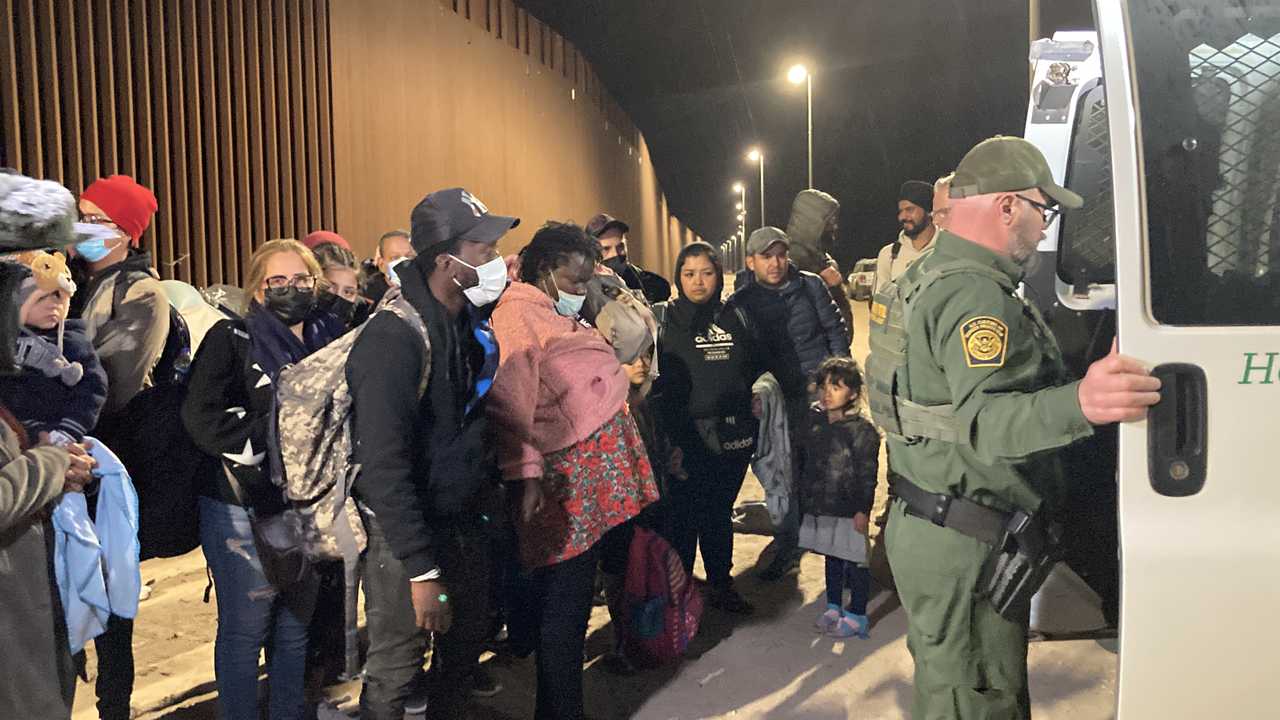 It happened outside Brackettville, Texas, which sits about halfway between Uvalde and the border crossing at Del Rio.

This was a shooting you probably did not hear about — in part, thankfully, because no one was hurt.

A U.S. Border Patrol agent was on a road that runs out of Brackettville when he saw a Chevrolet Suburban heading north. It was just before 10:00 a.m. on Jan. 3, 2021.

The USBP agent activated his overhead lights to initiate a vehicle stop on the SUV in order to conduct an immigration inspection,” said a criminal complaint filed in the U.S. District Court for the Western District of Texas.

“A high-speed pursuit ensued as the SUV attempted to abscond from USBP agents,” the complaint alleged. “During the course of the pursuit multiple shots were fired at the USBP agents who were attempting to stop the vehicle. The vehicle traveled at a high rate of speed, in excess of 100 MPH for approximately twenty-eight minutes before law enforcement officers were able to successfully deploy spike strips, bringing the vehicle to a stop.”

“USBP agents apprehended six (6) Honduran nationals who were illegally present in the United States without proper documentation,” alleged the complaint.

The driver of the vehicle was also illegally in the United States. He was, alleged the complaint, “Sergio Trevino, a Mexican national and illegal alien, who initially absconded from the SUV, but was later apprehended.”

“Sergio Trevino admitted his involvement in the failed alien smuggling event by stating he was hired by a friend in Houston, Texas to knowingly and willingly transport IAs further into the United States,” alleged the complaint. “Trevino stated he was going to be paid approximately $2,000.00 USD for transporting the IAs.

“Trevino also admitted that he used the firearm and fired multiple shots from the moving vehicle, at law enforcement agents, as agents attempted to conduct the immigration inspection,” the complaint alleged.

On June 15, Immigration and Customs Enforcement released a statement about the resolution of the Trevino case.

“A Mexican citizen was sentenced to more than 17 years in federal prison for shooting at two U.S. Border Patrol agents near Brackettville,” said ICE.

“On June 10, Sergio Trevino, 35, was sentenced to 214 months in prison,” it said. “On March 31, 2021, Trevino pleaded guilty to one count of assault on a federal officer and one count of using a firearm during a crime of violence. Trevino was sentenced to 94 months in prison on the assault charge and 120 months on the use of a firearm charge with both sentences to run consecutively.”

Ashley Hoff, the U.S. attorney for the Western District of Texas, summarized the situation.

“Sergio Trevino not only placed the lives of the U.S. Border Patrol agents who were attempting to apprehend him in peril, but also the lives of the undocumented noncitizens he was transporting and everyone traveling on the road that day,” she said.

“Thankfully,” she said, “no one was seriously injured by his senseless and dangerous actions.”

A similar expression of relief cannot be made concerning the profoundly tragic events that soon unfolded in the same part of Texas for the same reason: an unsecured border.

Less than two weeks after U.S. Attorney Hoff issued her statement about the resolution of the Brackettville incident, San Antonio police officers called Homeland Security Investigations (HSI) to join them at the scene of a crime.

“San Antonio Police Department (SAPD) officers advised HSI special agents as they arrived at the location of the tractor trailer in southwest San Antonio after receiving 911 calls from concerned citizens,” said a statement released by ICE. “At the scene, SAPD officers discovered multiple individuals inside the tractor trailer, on the ground, and in nearby brush — many of them deceased and some incapacitated.”

“HSI confirmed that 48 individuals at the scene were deceased,” the office of the U.S. attorney for the Western District Texas reported two days later.

“Of those 22 were Mexican nationals, seven Guatemalan nationals, two Honduran nationals and 17 of unknown origin but suspected to be undocumented non-citizens,” said the U.S. attorney’s office.

“HSI confirmed the undocumented status of the deceased individuals by utilizing a mobile fingerprint device,” said the U.S. attorney’s statement. “Sixteen of the 64 undocumented individuals were transported to local hospitals for medical evaluation. Five died at the hospital.”

The next day, the Houston Chronicle carried a story headlined: “Minors migrating in record numbers.”

“The four kids reported to have been hospitalized after being found in a packed, overheated tractor-trailer in San Antonio on Monday are among the growing number of children and teens making the perilous journey to the United States,” the Chronicle reported.

“Bexar County officials have also told media that some of the 53 who died from the incident may be under 18,” said the paper.

“The number of unaccompanied children and teens apprehended at the border has increased 17-fold since 2008, according to a new Syracuse University analysis of U.S. Customs and Border Protection data,” the Chronicle reported.

In fact, the Syracuse analysis shows that in fiscal 2008, the Border Patrol apprehended 8,081 unaccompanied children (17 or younger). That rose to 76,136 in fiscal 2019, before the COVID pandemic hit. Then it dropped to 19,657 in fiscal 2020, in the midst of the pandemic and President Donald Trump’s last full year in office.

This column argued eight years ago that our unsecured southern border was like an unfenced swimming pool — a mortal hazard for would-be illegal crossers and a moral hazard for those who refused to secure it.

That June, a 15-year-old boy from Guatemala was found dead in the Rio Grande Valley. “He apparently got lost on his way north and likely died from exposure in hot, dry brush country of South Texas,” the Associated Press reported then.

This June, it was 53 people trapped in a tractor trailer.