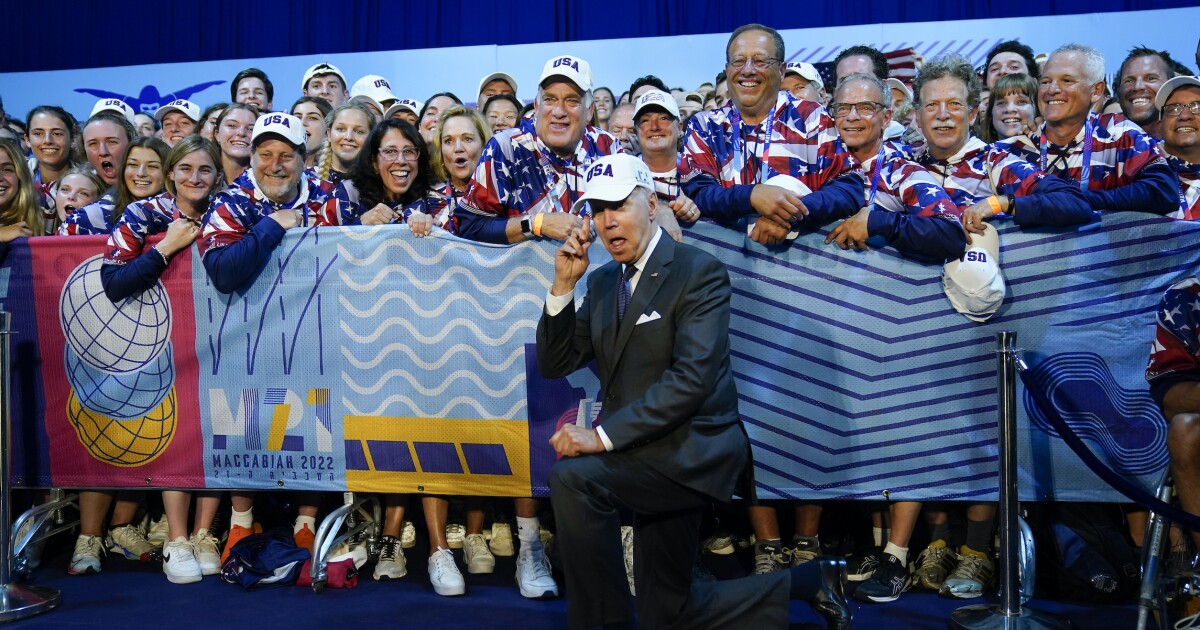 President Joe Biden may be hitting new lows when it comes to approval ratings, but Democrats are faring somewhat better in the congressional generic ballot and several key Senate races.

Barring a rebound, Biden’s numbers will at some point become an albatross dragging Democrats down to defeat in the midterm elections — unless a core group of the electorate votes against Republicans in November regardless of his job performance.

Polling aggregator FiveThirtyEight has Biden at just 38.7% approval, the lowest rating of any elected president at midterm since World War II. A CNBC poll pegged Biden’s approval at 36%, below either former Presidents Donald Trump or Barack Obama at their lowest points.

A New York Times/Siena College poll that garnered national attention for showing how few Democrats wanted to see Biden seek reelection in 2024 also put the president’s approval rating at just 33%. A Civiqs poll found Biden at 30% approval nationally and underwater in 48 of 50 states. The president’s job approval wasn’t above 50% in a single state.

But there is also polling that shows Democratic Senate candidates leading in Pennsylvania, Nevada, Arizona, and Georgia. Rep. Tim Ryan (D-OH) is fundraising off a poll that shows him with a slim lead over Republican J.D. Vance in the race to replace Sen. Rob Portman (R-OH).

Some of those leads might be mirages. Polling in Pennsylvania is sparse. Most of these Democrats are well below 50%. In Arizona, there isn’t a Republican nominee yet. Trump won Ohio by 8 points. But Democrats consistently outperform Biden’s worst poll numbers in the generic congressional ballot, measuring which party respondents would like to see control Congress, and tie or lead in a small number of such surveys.

The RealClearPolitics polling average gives Republicans less than a 2-point lead in the generic ballot, while Biden’s disapproval rating exceeds approval for his job performance by more than 17 points.

Civiqs showed Biden with a 33% approval rating in New Hampshire, 33% in Wisconsin, 30% in Pennsylvania, 29% in Nevada, 26% in Arizona, 25% in Georgia, and 25% in Ohio. These are the states that will decide control of the current evenly divided Senate.

If those numbers hold, Democratic Senate candidates in those states will need a lot of Biden disapprovers to vote for them to get from the 40s to a majority. Most of the remaining undecided voters in these races will disapprove of Biden. The recent major polling errors have tended to understate support for Trump and the GOP.

That won’t be easy for Democrats. But there are also some indications that disenchanted liberals are helping to drive down Biden’s approval rating. Sixty-one percent of voters between the ages of 18 to 34 disapprove, while just 20% approve, according to Civiqs. That pollster’s state-by-state breakdown showed Biden with less than 40% approval in Massachusetts, Maryland, Maine, and Minnesota, all quintessentially blue states. Ninety-four percent of Democrats under 30 want a different nominee in 2024, according to the New York Times poll.

Disaffected liberals are unlikely to vote Republican in House or Senate races. They may still be motivated to show up to the polls because of the Supreme Court’s reversal of Roe v. Wade, gun violence, or anti-Trump sentiment, though Democrats do have to be worried about their enthusiasm and turnout.

The bottom line is likely to be bad for the Democrats’ small congressional majorities either way, especially in the House. But the angry anti-Biden liberal scenario could limit, if not avoid, a red wave.

Otherwise, Democrats could be looking at a red tsunami.