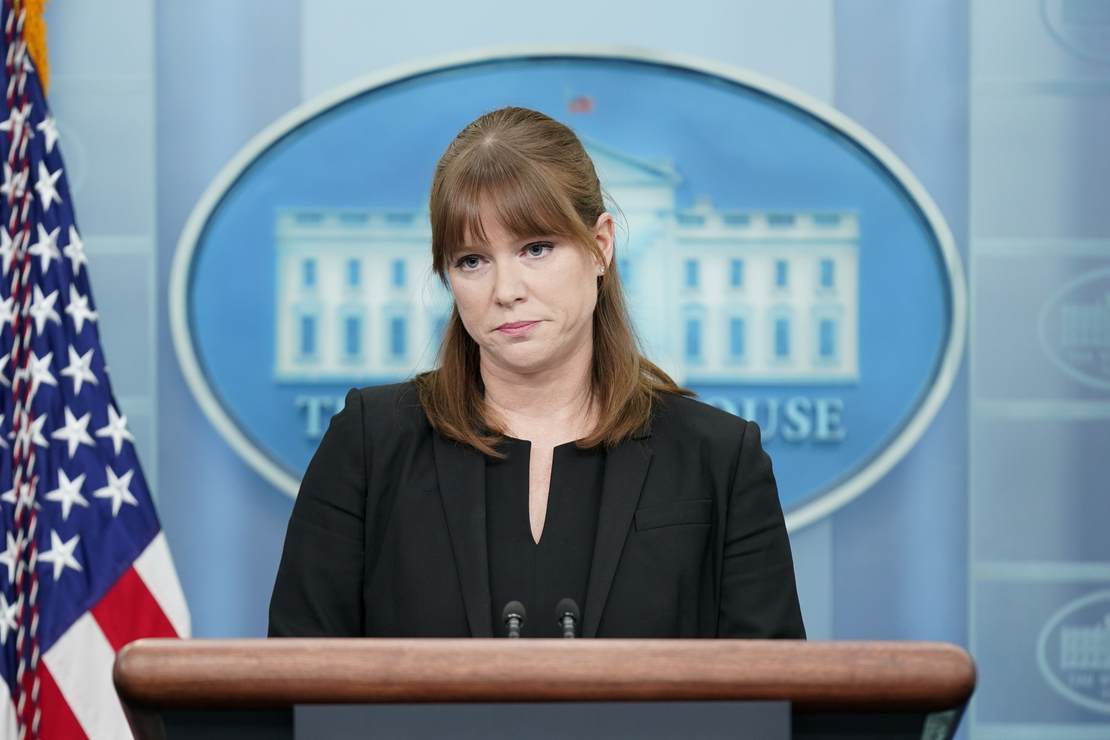 President Biden’s and Vice President Harris’ respective comms staffs have suffered a wave of departures over the last year, including among senior-level members. Though anonymous sources have said in media interviews that this is just part of the “normal” turnaround process for White House staffers, others have suggested the real reasons are burnout, incompatibility issues and/or personality conflicts with their colleagues, and worse – a seeming lack of concern from their bosses about coherent messaging strategies as they head into the 2022 midterm elections campaign season.

One Democratic strategist in comments made to The Hill was even more to the point about Biden’s messaging strategy in particular: “His messaging has been terrible. It’s bad. There’s no way around it.”

The latest member of Team Biden/Harris to announce she’s headed for the exits is Biden’s senior-most comms person Kate Bedingfield, his communications director. Though she hasn’t put out an official statement yet, numerous reports say Bedingfield has told several people within her inner circle that she’s on her way out:

Bedingfield, who is set to leave in a matter of weeks, has begun informing colleagues of her departure, a senior administration official told POLITICO.

Her exit comes on the heels of Jen Psaki’s decision to step down as press secretary and during a period of internal uncertainty over the structure and makeup of the White House’s larger press operations. In addition to Psaki, a number of mid- and lower-level press aides have left in the past two months.

Democrats have grown openly critical of the Biden team’s communications strategy in recent weeks and months. Longtime Biden aide Anita Dunn recently returned to the White House as a senior adviser and has been working to shore up the operation.

The news of Bedingfield’s impending departure also comes just four months after reports swirled about how the Biden comms team and the Harris comms team were allegedly at odds with each other, with Biden’s people reportedly frustrated at the veep’s inability to appropriately handle the tasks given to her by Joe Biden, and the Harris camp’s belief being that Biden’s staff relishes pinning his multitude of failures on her.

Biting comments Bedingfield was said to have made in private about Harris’s complaints only further spiked the already-brewing tensions between the two camps:

— Harris allies complained throughout the first year of the administration that she was handed an impossible portfolio. According to the book, KATE BEDINGFIELD, Biden’s comms director, not only grew tired of the criticism that the White House was mismanaging Harris — she blamed the VP.

“In private, Bedingfield had taken to noting that the vice presidency was not the first time in Harris’s political career that she had fallen short of sky-high expectations: Her Senate office had been messy and her presidential campaign had been a fiasco. Perhaps, she suggested, the problem was not the vice president’s staff,” Martin and Burns write.

All that said, some on Twitter pointed to how Bedingfield appears to be escaping not just the red tsunami that is predicted to take place in November at the ballot box, but also any questions about a curious statement she made just one month before the 2020 election:

I don’t believe that Kate Bedingfield was ever asked about her October 2020 contention that the Hunter Biden laptop stories were amplifying Russian misinformation. https://t.co/2zoGlACBpo

Perhaps the opportunity to ask her will present itself one day soon since according to the Wall Street Journal, “Ms. Bedingfield is expected to depart the White House in late July and ‘help support the president and administration from the outside,’ a White House official said.”

Flashback: Here’s How We Know KamalaWorld Is in Full Crisis Mode