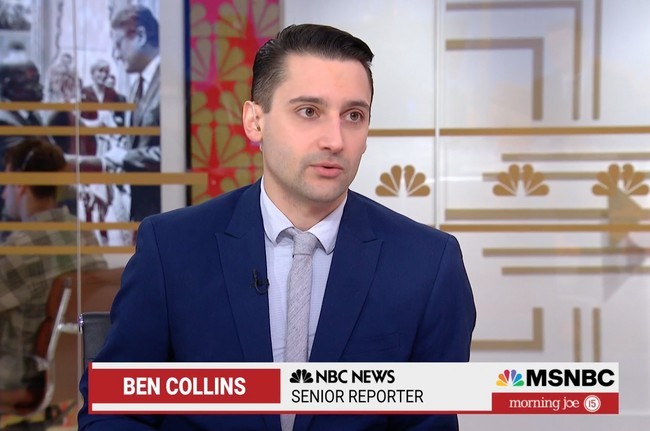 Right on cue, Democrats and their leftist friends in the media immediately jumped to conclusions about the motive, despite having little to no facts about the suspect. They angrily typed out tweets holding Tucker Carlson, Libs of TikTok, Matt Walsh and other conservatives accountable for what happened. “There’s blood on their hands!” they screamed while calling for censorship and arrests.

NBC News senior reporter Ben Collins was one of the worst perpetrators. He viciously started targeting conservatives who have expressed opposition to children attending drag shows – where grown men prance around in lingerie and risque outfits – calling their concerns violence and “anti-LBGTQ.” He accused those against sexual grooming and child mutilation under the guise of “gender-affirming care” of wanting people in the community dead. Despicable and yet, perfectly predictable accusations devoid of facts.

“Yep, I said this. And while we don’t yet know the motivation behind the Colorado Springs attack, I think it’s a pretty good summation of the right-wing moral panic targeting this community,” Zadrozny said.

But then, late Tuesday night, the narrative changed and became completely inconvenient. According to lawyers, Aldrich — the person who actually has blood on his hands — identifies as non-binary and demands to be referred to as they/them during his murder trial.

“Anderson Aldrich is non-binary. They use they/them pronouns, and for the purposes of all formal filings, will be addressed as Mx. Aldrich,” a court filing states.

In disbelief, CNN’s Alyson Camerota broke the news on the network and lamented Aldrich is a Mx. rather than a Mr. or Ms.

“It sounds like they’re trying to prepare a defense against a hate crimes charge. That’s the least of his problems legally speaking, but it looks like they’re trying to build some kind of sympathy or confusion on whether this was purely motivated by hate,” CNN political commentator Errol Louis added, as if the suspect was just making it up.

This, of course, violates every new rule implemented by the left about how to use pronouns and “issue respect” through proper gendering or pronoun use.

With the new facts public, NBC’s Collins shifted from holding conservatives accountable for Aldrich’s actions to blaming them for somehow bullying him into taking action…against a nightclub that is part of his own community. Collins also advocated sympathy be used for the killer, citing his non-binary status and allegedly rough childhood, despite the fact he just murdered five people and injured two dozen more.

The narrative fell apart with one attorney statement, just like a number of other hoaxes pinned on conservatives over the years. Jussie Smollett claimed he was assaulted by men who screamed “This is MAGA country!” as he fetched a Subway sandwich at 1 am in the middle of a Chicago blizzard. The smearing of Covington Catholic student  Nicholas Sandmann, who was falsely accused of harassing a Native American man on the steps of the Lincoln Memorial — when in fact — the man had been harassing him.

Of course, all of this could have been avoided if journalists did their jobs by gathering the facts before jumping to political conclusions. But they aren’t journalists. They are activists and have once against outed themselves as such.