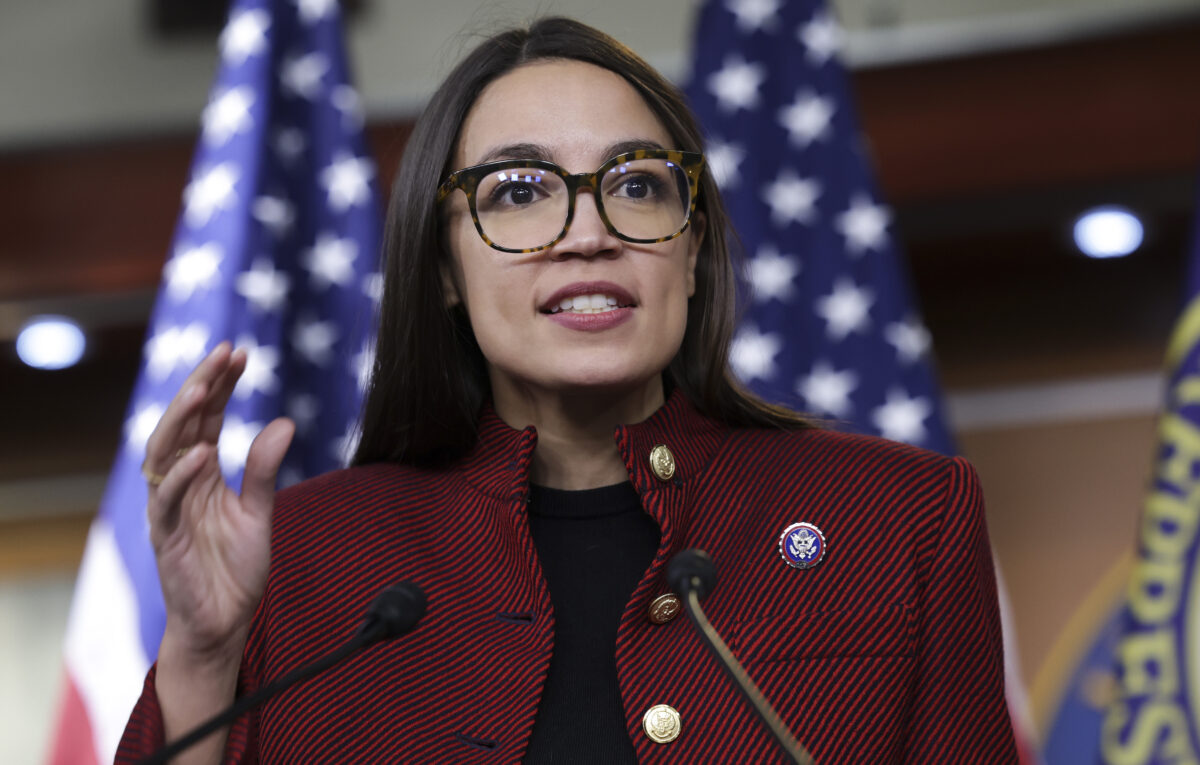 Rep. Alexandria Ocasio-Cortez (D-N.Y.) has faulted President Joe Biden for not including undocumented immigrants in his blanket pardon he announced in early October for people convicted of possessing marijuana on a federal level.

The New York lawmaker made the comments during an episode of “Pod Save America” that came out on Oct. 25. Her comments were part of a discussion on how the Democrat Party has not done enough to win over Latino voters.

“I can at least say with Latino voters, we’ve never tried as a party. The Democratic Party has not tried in terms of Latino electorates,” she said.

As an example, Ocasio-Cortez pointed out how the Dream Act has not been passed into law.

The Development, Relief, and Education for Alien Minors (DREAM) Act, is legislation that would allow illegal immigrants, who came to the United States as minors, a chance to earn lawful permanent residence and eventually naturalized citizenship.

She went on to criticize Biden’s pardon, which has since drawn mixed responses from Congress.

“And even recently with President Biden’s marijuana executive order, I very much applaud that he went there, but he exempted people who were convicted if they were convicted while they were undocumented,” Ocasio-Cortez said.

Biden announced the pardon on Oct. 6 his proclamation states that the pardon “does not apply to individuals who were non-citizens not lawfully present in the United States at the time of their offense.”

“I’m pardoning all prior federal offenses of simple marijuana possession,” Biden wrote on Twitter after announcing the pardon. “There are thousands of people who were previously convicted of simple possession who may be denied employment, housing, or educational opportunities as a result. My pardon will remove this burden.”

“[N]o one should be in jail just for using or possessing marijuana,” Biden wrote.

Many Democrats applauded the president for his decision, including House Speaker Nancy Pelosi (D-Calif.).

“By pardoning those arrested for simple marijuana possession, and encouraging governors to follow suit, President Biden is advancing racial and economic justice: empowering more Americans to return to their loved ones, find a good-paying job and contribute to our communities,” said Pelosi according to a statement released on Oct. 6.

Also on Oct. 6, some Republicans took to Twitter to criticize the president over his decision.

“In the midst of a crime wave and on the brink of a recession, Joe Biden is giving blanket pardons to drug offenders—many of whom pled down from more serious charges,” wrote Sen. Tom Cotton (R-Ark.), who serves on both the Senate Judiciary and Armed Services Committees.

“This is a desperate attempt to distract from failed leadership,” Cotton added.

Rep. Glenn Grothman (R-Wis.), who serves on the House Oversight and Reform, Education and Labor, and Budget Committees, said Biden “is not only out-of-touch with the American people, he is making our communities less safe.”

“In the midst of a historic crime crisis sweeping our nation, the Biden Administration’s priority is to pardon thousands of criminals, releasing many of them back onto our streets,” Grothman added.