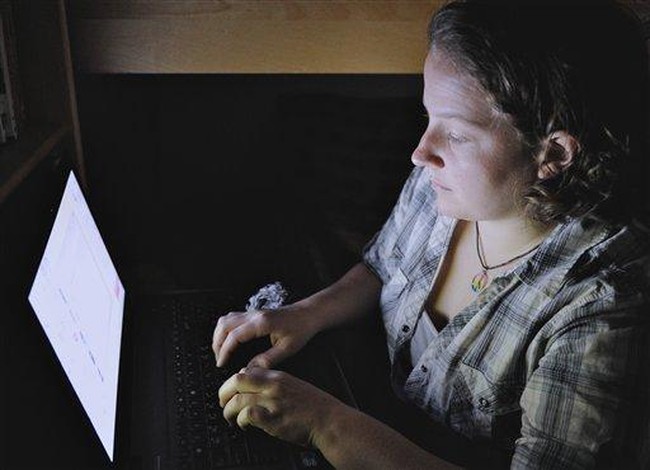 Are Americans and America better off now than before the 1996 ‘Wild West’ Internet policy experiment of minimal government online? In today’s trying times, it’s a fair and necessary question to ask. Reason and evidence reveal the answer.

The Case for Better Off Now.

U.S. Internet policy succeeded at accelerating Internet adoption and buildout of broadband infrastructure. Now in America, everyone everywhere can conduct everything over the Internet. It makes most things and tasks in life, work, and play, more convenient, efficient, accessible, useful, and lower cost.

We now can communicate and stay connected with more people in more ways, more efficiently and economically than ever before. Everyone now has immediate and exceptional access to much of the world’s information, improving research, learning, education, science, and innovation. We also can enjoy the greatest variety of entertainment ever.

The Case for Not Better Off Now.

Today, the Internet and its unaccountability policy is an ongoing 1996 utopian, experiment of minimal accountability online. This ‘Wild West’ Internet policy approves anarchism in abandoning rule-of-law, rights, and duty-of-care online. It also approves amoralism in not legislating, administrating, or adjudicating right vs. wrong, or legal vs. illegal, online.

For twenty-six years, five administrations, thirteen congresses, and seventeen Supreme Court Justices, together, have neglected to: protect Americans and minors from online crimes and harms; provide normal policy oversight; and update outdated Internet policy, as other major nations have.

In 1996, U.S. Internet policy surrendered America’s sovereignty and government authority online. Since then, this reckless policy of absolutist free flow of data into the U.S. has continuously and unwittingly aided and abetted the attacks our top adversaries China, Russia, and cybercriminals, with impunity. As a result, at will, China has stolen countless U.S. national security and trade secrets. And Russia has disrupted America at will via rampant ransomware, cybercrime, and election interference.

By now most Americans have been victims of cyberattacks, cyberbullying, or cybercrime, because only .3% of cybercrimes are prosecuted. Warren Buffet calls cybercrime mankind’s #1 problem and cyberattacks a bigger threat than nuclear weapons. Of all crimes, Americans most worry about cybercrimes per Gallup.

Online, no one and nothing in America is safe or secure because there are minimal market forces or government requirements to be safe and secure. That’s why the NSA, CIA, DOD, DOJ, DHS, OPM, White House, Google, Facebook,  Amazon, Apple, Microsoft, et al have all been hacked; and hackers can hack planes in flight, vehicles on the road, and ships at sea. U.S. unilateral surrender of its sovereign authority online has made America its own worst enemy.

Internet unaccountable parasitic business models have also yielded extremely disproportionate commercial prosperity. From 2012-2021, the revenue growth of Amazon, Google, and Facebook, outpaced the other 497 companies in the Fortune 500, by 2,160%. The accountability arbitrage of the parasitic three enabled a massive revenue transfer from their parasite hosts. Specifically, the parasitic three companies outgrew USGDP by 1,200%, which largely came at the expense of the other Fortune 497 companies that lagged the U.S. economy by -42%, per BEA and Fortune 500 data.

Americans trust in honesty, truth, and elections has declined in the Internet era. Americans average confidence in major U.S. institutions has fallen 33% from 2000-2021, per Gallup. Social media polarizes people, making Americans more politically polarized than ever. From 2000-2020, U.S. political partisanship has grown 160% per Pew Research. The U.S. Constitution’s objectives are not flourishing.

America’s legal double standard of accountability offline, but none online, has proved to be a democracy destroyer and an extreme machine that incites polarization, division, hate, rage, and violence. Profit over people algorithms promote ‘anger’ five times more than ‘likes.’ These anger algorithms aided and abetted the incitement of America’s unpeaceful 2021 transfer of power. Social media fame also has incited a 300% increase in U.S. mass shootings from thirty-three 1982-2002 to a hundred 2002-2022 per Statista. Mob morality now rules online.

Adult church membership has plummeted by a third. Confidence in organized religion has plummeted by a quarter. Americans are addicted to Internet technology, and becoming more depressed,  lonely, and manipulated. The moral health of the family, marriage, parenting, and children is not flourishing. There’s less cultural concern for what is age-inappropriate online — confounding parents. Social media is addictive and causing teen depression, self-harm and suicides.

U.S. Internet unaccountability policy dehumanizes and tyrannizes Americans. It protects technology from harms, by prohibiting protection of people from harms. It grants technology impunity — freedom to harm people. And it empowers technology to control and govern people with no rights, recourse, or access to justice.

Online people are not humans, citizens, or customers, they are dehumanized addicted ‘users.’ They are inanimate ‘data’ and ‘products,’ commercial chattel bought and sold with impunity by data brokers, without meaningful human consent, rights, protections, privacy, or security. They also are indentured Americans online abandoned by their government, disenfranchised commercial captives of one-sided legal terms and indentures.

They are no longer citizens with rights, privacy, or control of their identity, dignity, reputation, and security online. Minors are defenseless prey fed to online predators, and minimally protected as lab rats to surveil, test, addict, and depress, and lambs to abuse and traffic with impunity.

Conclusion: Reason and the evidence reveal Americans and America are not better off now than before the Wild West Internet. While the Internet helps substantially, its Wild West policy harms overwhelmingly.

Solution: The solution restores what Congress unwittingly took away in 1996 Internet policy — constitutional authority over the U.S. Internet. Court cases in 1991 and 1995 established that  the Constitution applied to the Internet. Thus, the solution is to explicitly restore the U.S. Constitution’s authority, rule-of-law, rights, and duty-of-care over the U.S. Internet, in U.S. policy. Practically that means: Same rules and rights offline-online. Illegal offline, illegal online. Equal protection under the law.

This reform would make a difference in some crucial ways. Americans would go from not having, to having, rights, recourse, and access to justice online. U.S. policy would flip from protecting technology from people, to protecting people from technology, people primacy policy. Big tech and Internet technology would go from not being subject, to being subject, to rule-of-law and a duty-of-care like everyone else. It’s the only solution that keeps the Internet good (legal conduct) and fixes the Internet bad (illegal conduct.)

Scott Cleland is Executive Director of the Restore Us Institute, a non-partisan, non-profit that educates the public about Internet accountability problems and solutions.  Cleland was Deputy U.S. Coordinator for International Communication and Information Policy in the H.W. Bush Administration.  To learn more, visit www.RestoreUsInstitute.org.