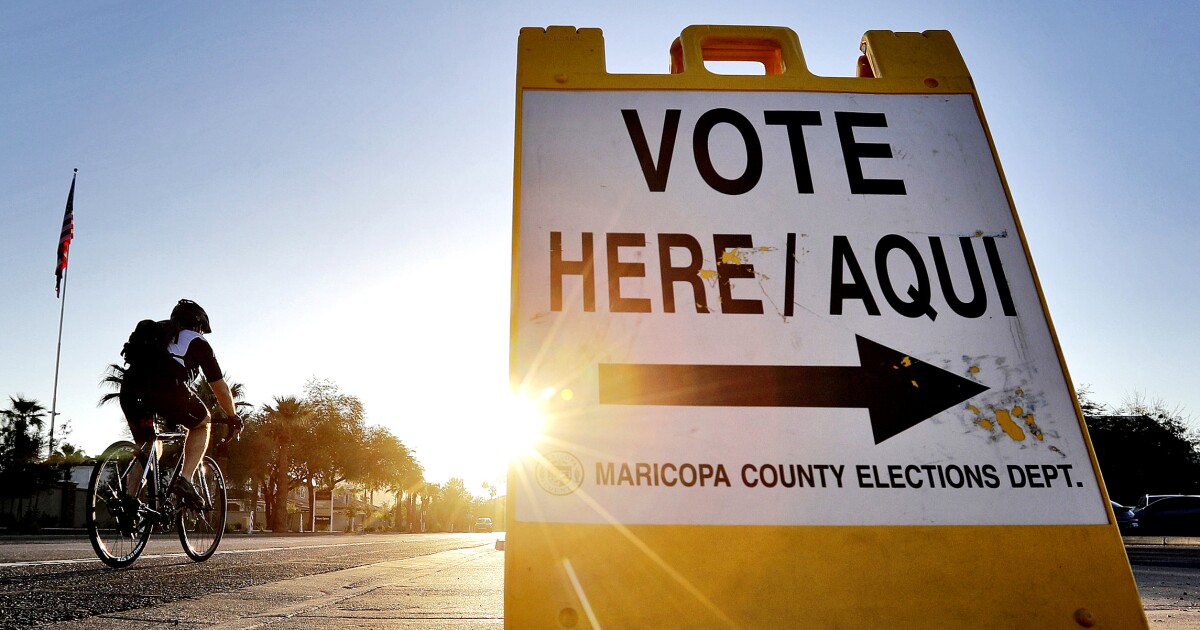 Two Arizona women found guilty of ballot harvesting will learn their fate Thursday when they are sentenced.

Guillermina Fuentes, a former mayor and current school board member, along with Alma Juarez, illegally collected four early ballots in southern Arizona during the 2020 presidential election.

Ballot harvesting is a practice that was once used by both parties to boost voter turnout, though it became illegal in 2016. State law prohibits anyone but a family member or caregiver from returning early ballots for another person.

The case is the only one filed so far by Arizona’s attorney general under the law, which the U.S. Supreme Court upheld in 2021.

Republicans who have supported former President Donald Trump’s unfounded claims of widespread voter fraud have used the case to bolster their theory that Trump would have been elected to a second term had there not been nefarious actions at play. Despite their allegations, there is no concrete evidence to suggest that Trump would have won any of the battleground states he lost.

Arizona authorities claimed Fuentes, a former San Luis mayor, ran a sophisticated operation using her clout in Democratic politics to persuade voters to let her gather and, in some cases, fill out their ballots.

Prosecutors weren’t able to prove the most serious charges against Fuentes, dropping three felony counts alleging that she filled out one voter’s ballot and forged signatures on some of the four ballots she illegally returned for people who were not family members.

Fuentes and Juarez each pleaded guilty to a charge of ballot abuse, acknowledging they collected early ballots from people who weren’t family members, didn’t live with them, or weren’t receiving care from them.

Fuentes’s conviction is punishable by as little as probation or as much as two years in prison. Juarez’s conviction is a misdemeanor, and under her plea agreement, she will likely be sentenced to probation and avoid any jail time.