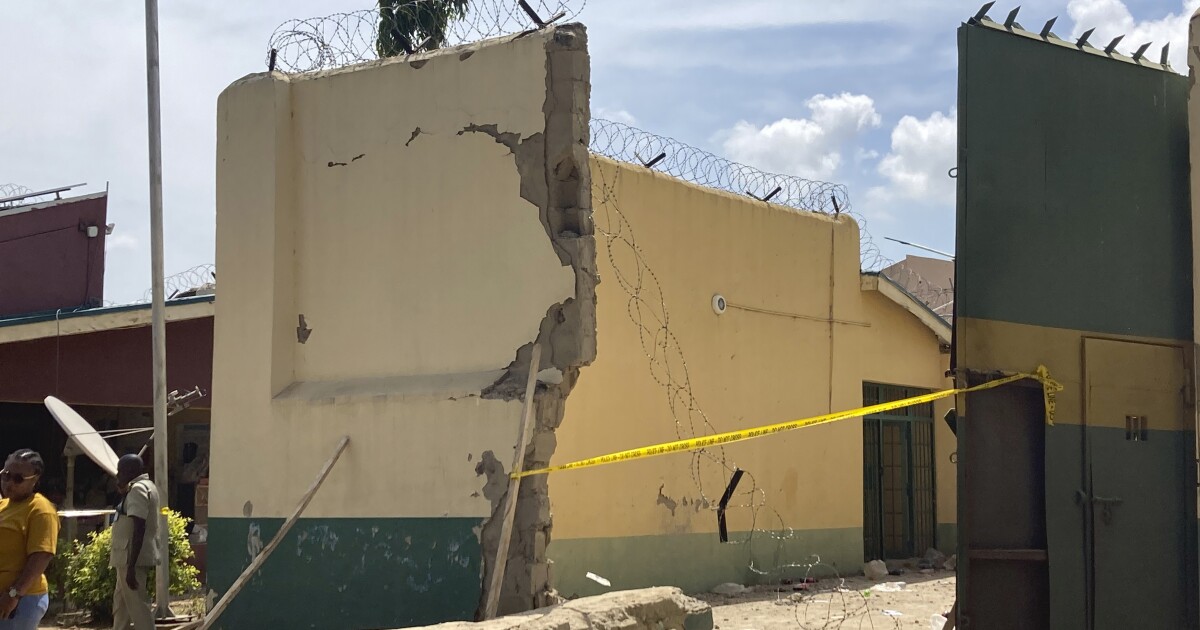 Hundreds escaped a prison in the capital city of Nigeria after Islamic extremists attacked the facility, according to local authorities.

Over 300 of the 879 escaped inmates have been recaptured since the jailbreak, but more than 400 remain at large after “very determined” rebels attacked the prison, according to Shuaib Belgore, permanent secretary of Nigeria’s Ministry of Interior.

“We understand they are Boko Haram. They came specifically for their co-conspirators,” Belgore said.

All 64 members of terrorist group Boko Haram who were being held at the Kuje maximum-security prison in Abuja, Nigeria, which held close to 1,000 inmates, were among those who escaped, according to Maj. Gen. Bashir Salihi Magashi, the country’s defense minister.

“We are trying to see what we can do to ensure that all escapees are brought back,” Magashi said.

Nigeria has had a string of prison breaks in recent history as a result of overcrowding. In April 2021, there was a prison break involving over 1,800 inmates in the town of Owerri. The perpetrators are still unknown.

Boko Haram is designated as a terrorist organization by 10 countries, including the United States, as well as the United Nations. The group abducted hundreds of Nigerian girls in 2014, leading to worldwide cries for their release.