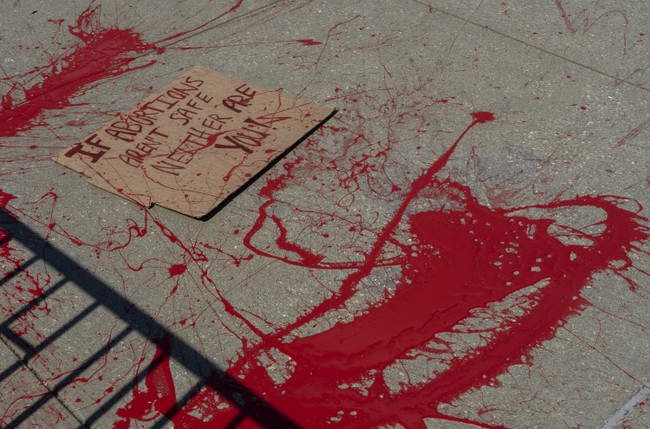 Buried in the scaremongering are some important points: By their admission, 86% of hospital beds in the U.S. are  not in Catholic facilities. Catholic health systems often acquire smaller local hospitals in financial distress, preventing them from closing. And even the female patients the authors interviewed who do not share the views of the Catholic hospitals opted to remain there because of the quality of care they received.

There are also outright falsehoods, including the suggestion that Catholic dogma restricts treatment options for ectopic pregnancies if a fetal heartbeat is detected. (In an ectopic pregnancy, the fetus has implanted outside the mother’s uterus, where its survival is impossible and threatens the mother’s life and future fertility. The appropriate medical treatment is the removal of it, which is fully consistent with Catholic teaching.)

Sellers and Venkataramanan couch their piece in concerns prompted by the U.S. Supreme Court’s recent decision in Dobbs v. Jackson Women’s Health, overturning Roe v. Wade. But the Oct. 10 Post article is only the latest salvo in a long battle against nurses, physicians, and hospitals whose definition and delivery of medical care are informed by Christian values and principles, rather than the shifting sands of secular politics.

A good example is a 2016 article in the journal Bioethics bluntly titled “Doctors have no right to refuse medical assistance in dying, abortion or contraception.” Authors Julian Savulescu and Udu Schuklenk attempt to argue that physicians should be required to perform those medical procedures; those who oppose doing so for reasons of personal morality or religious belief should be ousted from the profession.

They blithely dismiss concerns that this would be a loss to the public: “We don’t know of any evidence that those with religious beliefs make better medical doctors.” Indeed, they go further, quoting atheist writer Richard Dawkins approvingly: “Religion is not simply vicars giving tea parties. There are evil consequences.” Just two paragraphs later, they say, with no trace of irony, “Doctors must put patients’ interests ahead of their integrity.”

It is not difficult to envision the “evil consequences” of such a philosophy. What does it say of a profession when its practitioners’ integrity is at odds with patients’ interests? Furthermore, who will decide what is actually in patients’ “interests”? Practitioners without integrity?

Here are the criteria Savulescu and Schuklenk would substitute for morality and personal integrity:

“If a service a doctor is requested to perform is a medical practice, is legal, consistent with distributive justice, requested by the patient or their appointed surrogate, and is plausibly in their interests, the doctor must ensure the patient has access to it.”

We need not speculate about where such a standard leads. History is filled with examples of “medical practices” that were requested by patients or their “surrogates” and which were entirely consistent with the regime’s definition of “justice” at the time:

— More than 50,000 lobotomies were performed on people proclaimed to be mentally ill in the United States, mostly in just three years, between 1949 and 1952.

— In Sweden, most of the 4,500 lobotomies performed between 1944 and 1966 were on women, ordered by their parents, husbands, or doctors, and without any input from the patients themselves.

— The abuses of China’s “one-child” policy implemented in the 1970s led to decades of forced sterilization, abortion, and infanticide; the practices continue to this day with the imprisoned Muslim Uyghur population in the western part of the country. The Chinese government has always maintained that these practices were vital to “public health.”

— The German government of Adolf Hitler started its genocidal campaigns by euthanizing mentally and physically disabled children. Tellingly, arguments against the policy on religious or humanitarian grounds were dismissed as irrelevant and contrary to the public welfare.

Nor will these arguments be limited to contraception, abortion, or euthanasia. We are now seeing the same heavy-handed threats being levied against medical professionals who oppose the chemical castration or surgical mutilation of allegedly “transgender” children (which the Left euphemistically calls “gender-affirming care”).

The attack on religiously affiliated providers of health care is part of a larger war against people of faith generally. While leftists start by insisting that they seek only “choices,” “tolerance” and “coexistence,” they rarely stop there. Once they have a cultural toehold and political power, they will not rest until everyone is forced to behave in ways that they espouse.

A profound irony here is that the Catholic commitment to health care grounded in the essential dignity of every human being has traditionally been cast as part of the religion’s commitment to “social justice,” a term that has yoked significant numbers of Catholics to left-wing politics for decades. Now that same commitment, which derives its meaning and purpose from God and natural law, is running afoul of contemporary left-wing sensibilities, which exalt sexual libertinism and its consequences (including but not limited to abortion) above almost all other human activity or concern.

The Democratic Party has been losing ground with its traditional constituents of late. Will the push for the secularization of health care leave Catholics behind now, too?