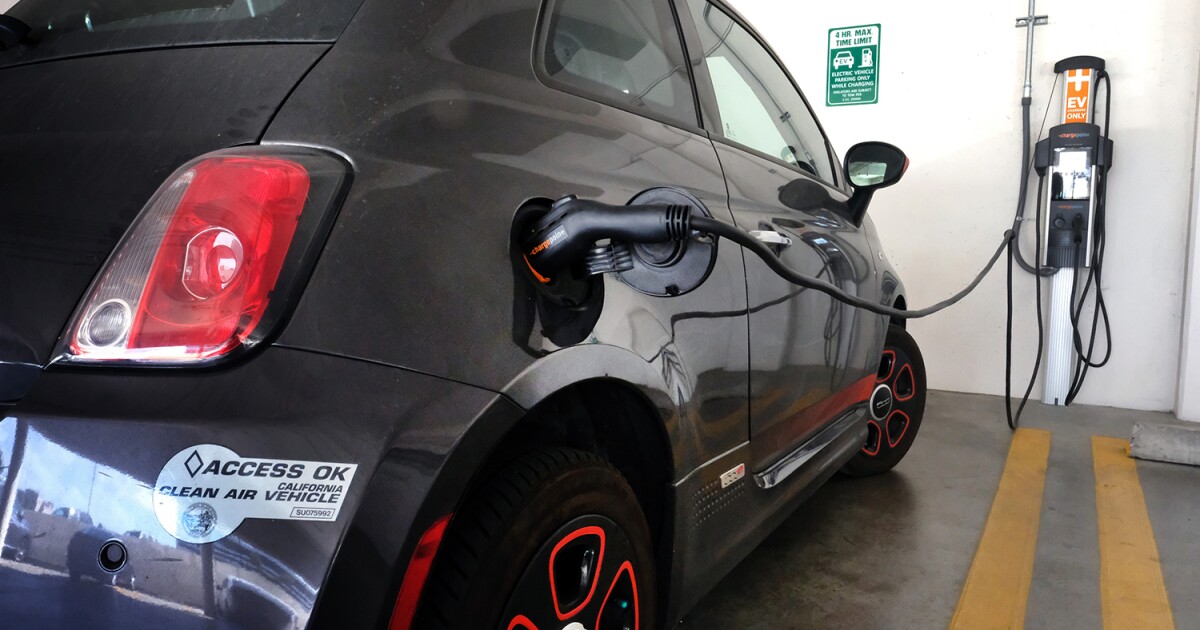 Automakers are scrambling to sell their electric vehicles before Friday to get in front of new, more stringent requirements tax credits for the cars that will kick in when President Joe Biden signs the clean energy and healthcare bill set for a vote in the House at the end of the week.

The Inflation Reduction Act, expected to clear the House Friday, includes additional restrictions on eligibility for the $7,500 electric vehicle tax credit, including new sourcing requirements for battery materials, as well as an assembly rule requiring electric vehicles to go through the final stages of manufacturing in North America.

The measures are meant to incentivize more domestic electric vehicle manufacturing. But in the short term, industry officials say, the new requirements could make it difficult for most to qualify for the tax credit.

And unlike the materials sourcing provision, the assembly rule is slated to take effect immediately, adding a new level of urgency for manufacturers and consumers alike.

Now, manufacturers that expect to be negatively affected by the bill are now racing to reassure nervous consumers and figure out just how much the provision could affect their bottom line.

On the consumer side, one option gaining steam is for buyers to sign a binding purchase agreement before the bill’s passage, a step that would allow them to qualify for credit even after the law takes effect and regardless of when the car is actually delivered.

In a recent blog post, Alliance for Automotive Innovation CEO John Bozzella noted 70% of all electric vehicle models currently available for purchase in the U.S., including battery, plug-in hybrid, and fuel cell electric vehicles, would “immediately become ineligible when the bill passes and none would qualify for the full credit when additional sourcing requirements go into effect.”

“[As] currently written, the material, component and assembly requirements in the Clean Vehicle Credit will immediately reduce (by a lot) the number of qualifying electric vehicles available to consumers for purchase with the tax credit,” he added.

The new assembly requirements touched off a scramble for both manufacturers and consumers, as both parties raced to determine who will become ineligible for credits, and when.

Rivian’s vehicles over $80,000 will immediately lose access to the tax credit, as will those of Fisker, whose soon-to-be-released Ocean electric vehicle is assembled in Austria.

Both manufacturers said they will allow customers to convert reservation fees ranging from $100-$250 to nonrefundable orders, a step that would allow customers to move up the date of sale, and therefore qualify for the current tax provision before it expires. They have also set up support lines to help customers understand how they might be affected.

Most, but not all, BMWs will lose access to the credits, adding another layer of confusion for buyers.

Others said they were keeping a close eye on the bill and will make decisions “in the best interests” of their customers.

Hyundai, as well as its luxury brand, Genesis, told Electrek they are working with dealers and consumers to try and offer a purchase agreement. “We are disappointed that the current legislation severely limits EV access and options for Americans and may dramatically slow the transition to sustainable mobility in this market,” it said in a statement.

“The $7500 credit might exist on paper, but no vehicles will qualify for this purchase incentive over the next few years,” Bozzella said. “That’s going to be a major setback to our collective target of 40-50 percent electric vehicle sales by 2030.”

“Again, we share the goal of increased domestic capacity and supply, but the requirements ought to be an inducement to industrial base change — not unattainable and punitive to consumers,” he added.