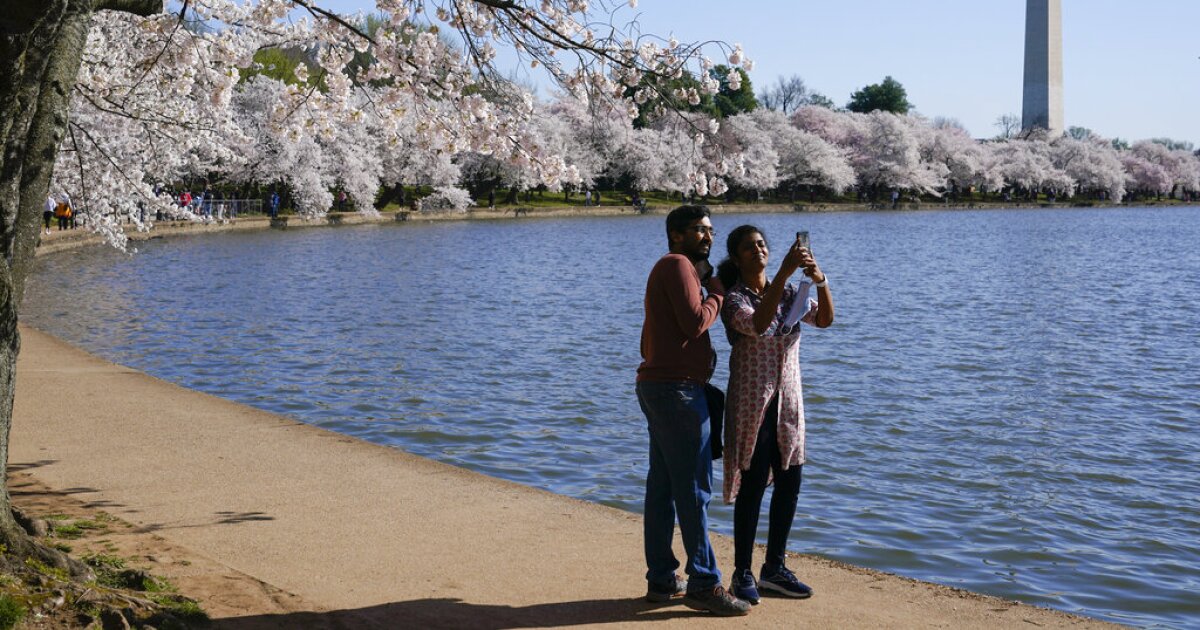 A new photo app that tries to cut through the filtered reality of Instagram has seen a surge of interest from users.

BeReal, a photo app that prompts users to take “authentic” photos by prompting them at random times, reached No. 1 on the App Store this week, according to data from Sensor Tower. The app has also seen a surge of user interest in recent months.

The app’s rise has been attributed to a desire for unfiltered media.

“The app fosters an interesting mix of community, gamification, and unfiltered content into a whole new experience,” Ryan Detert, the CEO of influencer marketing company Influential, told the Washington Examiner. “This generation craves realness and authenticity, and BeReal shines a light on this in a quick and engaging way.”

BeReal creates the appearance of authenticity by forcing users to take pictures of themselves when they’re not ready. Users are prompted by notifications at random times throughout the day to take a picture of whatever activity they may be engaged in, with the camera capturing images of their faces and surroundings. The user only has two minutes to take the picture before it is marked “late.” This priority, mixed with the randomness of the app’s notifications, often means that users cannot provide a perfected image of their existence through the choice of location, filters, or makeup. The pictures posted tend to be more mundane — of commuting, working at a computer, or walking around the city.

While it is unclear what the app’s future business model will be, it has attracted many users and fans in recent months. BeReal was founded in 2020 by French developer Alexis Barreyat but saw a slow growth of interest in 2022, according to data provided to the Washington Examiner by Brandwatch, followed by a significant surge in mentions on social media in July 2022. The app attracted enough attention to receive $85 million in capital in May and a $600 million valuation from Facebook investor DST Global.

Some social media experts see the surging interest as a reflection of people who are tired of the curated content of platforms like Instagram. “My view is that people who have grown up online (the digital natives) are exhausted by the pressure to look curated or polished or flawless,” Index Ventures partner and internet culture writer Rex Woodbury told the Washington Examiner. “Instagram literally began as a filtered version of reality. People are looking for new ways to be authentic, and they’re looking for ways to feel a sense of community — the latter often means synchronous connection.”

While some users see the app as a refreshing challenge to Instagram culture, others have mocked it. While some users describe the app as providing an alternative to the often fabricated reality of Instagram, others see it as just creating the illusion of actual authenticity. When asked about their opinions, users “dubbed the app as promoting forced authenticity,” a representative from the social media analysis company Brandwatch told the Washington Examiner. Several of these critical posts have come through memes, which use BeReal’s formatting as a chance to mock its notions of authenticity and poke fun at particular actors and historical figures.

It is unclear if the app will hold a place in the social media marketplace or if it is just a fluke. But some are convinced that apps focused on “synchronous connection,” including BeReal, are the next stage in social media. “The next generation of online communication and socialization will focus on creating that sense of self-expression and belonging,” Woodbury said.