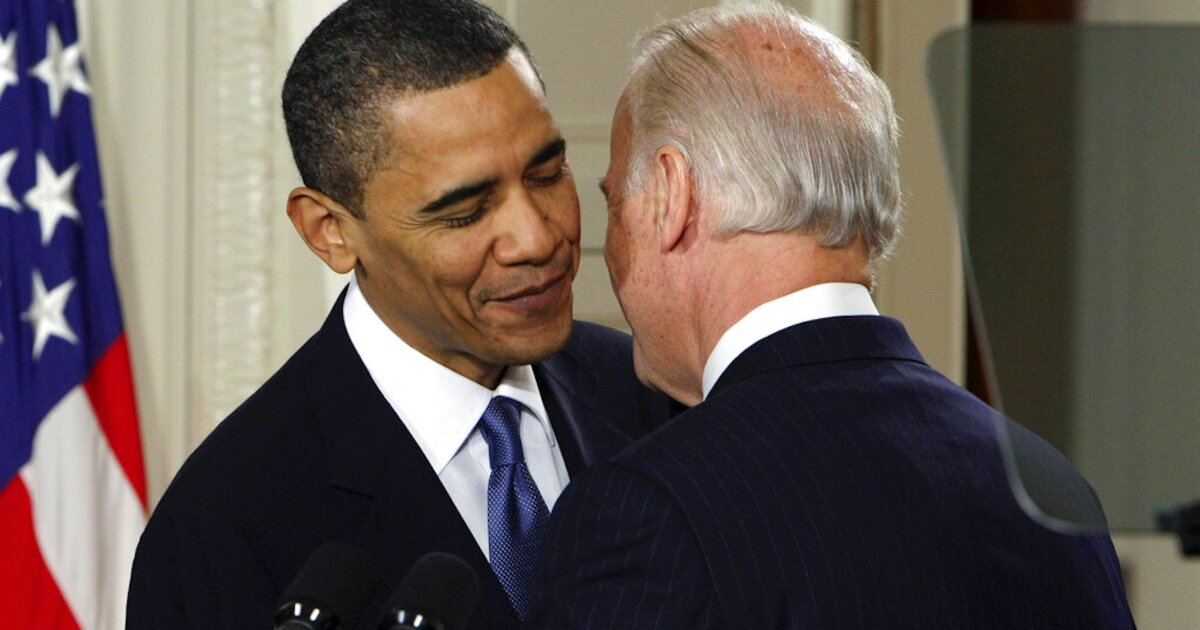 Former President Barack Obama congratulated President Joe Biden on signing the Inflation Reduction Act by referencing comments Biden made at the signing ceremony for the Affordable Care Act in 2010.

Obama tweeted his reaction to his former running mate signing the $750 billion climate, healthcare, and tax bill Tuesday, referencing an expletive in his tweet.

“This is a [big f***ing deal],” he wrote, an apparent reference to what Biden, vice president at the time, said to Obama at the signing ceremony for the Affordable Care Act in remarks caught on a hot mic.

Biden responded to Obama’s tweet with his own meme reference, simply saying, “Thanks, Obama,” in reference to the phrase used to cast sarcastic blame on Obama for personal problems. The use of the phrase did not appear sarcastic in this instance.

Biden and Democrats are celebrating the signing of the bill, which they say will lower drug costs and make investments in sustainable energy. Republicans and other opponents of the Inflation Reduction Act argue it will only increase inflation despite its name.