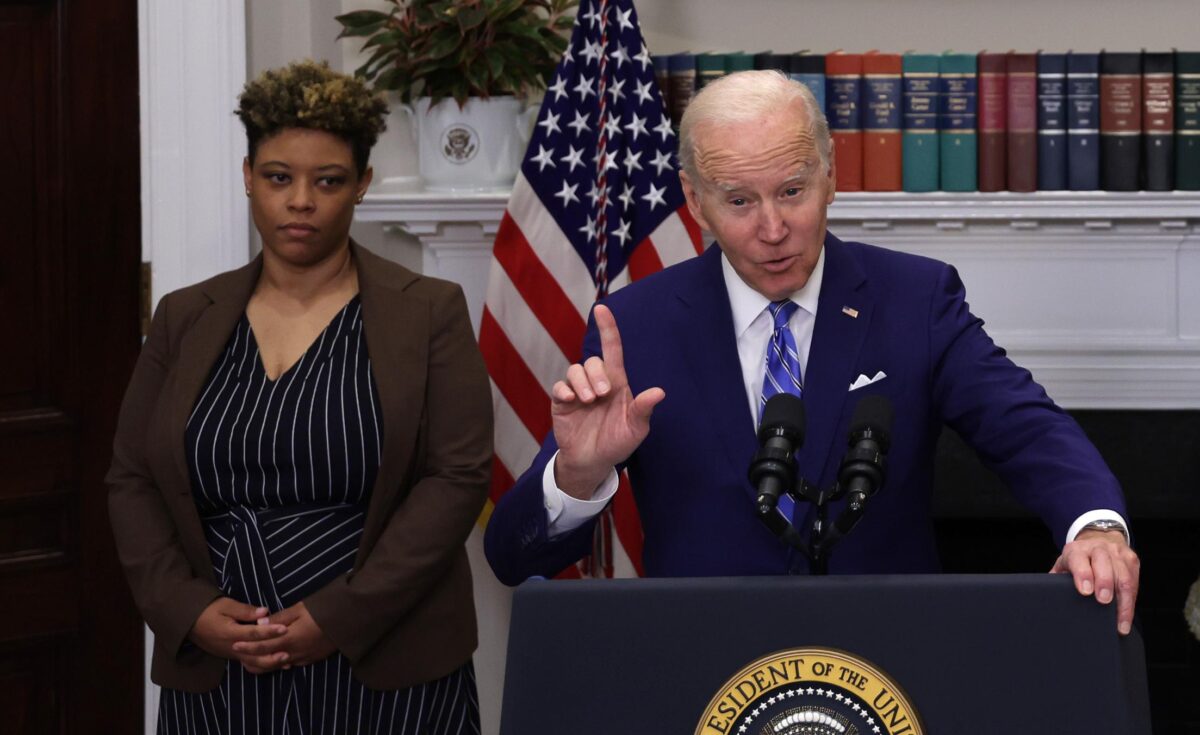 After nearly two years in power, the Biden administration has pushed forth regulations that will cost Americans hundreds of billions of dollars and require an army of bureaucrats to crunch the related paperwork, according to a tally kept by the conservative American Action Forum (AAF).

The first two years of an administration usually see a quieter regulatory torrent as it takes time to draft and implement new rules, according to Dan Bosh, AAF director of regulatory policy.

As of Oct. 14, the Biden administration lagged behind its predecessors regarding the number of finalized rules: 436 of President Joe Biden’s pales in comparison to President Barack Obama’s 625 and even President Donald Trump’s 483.

In terms of regulatory burden, however, Biden has no competition. His new regulations will cost nearly $310 billion to put into practice. Obama’s were estimated to cost just above $200 billion and Trump’s were expected to cut costs by about $3 million.

Meanwhile, Biden regulations added the burden of an estimated 193 million annual office hours of paperwork. That’s almost 2.5 times the burden added by the Obama administration in its first 22 months and 443 times what the Trump administration added in the same period.

The Biden administration was able to quickly run up the regulatory tab partly due to reversing much of Trump’s deregulation, particularly the car emissions rules that were proposed by Obama, scrapped by Trump, and put back in place by Biden. That package alone is estimated to cost some $180 billion.

Another hefty one was the rule that requires companies to report their “beneficial owners,” meaning people who own at least 25 percent of a company or exercise significant control over it. Requiring over 30 million companies to provide the name, address, birthday, and a picture of an ID of all such persons will cost over $22 billion in the first year (2024) and about $73 billion to $84 billion over a decade, according to Federal Registry records.

On the other hand, Biden also threw out some Trump rules that cost money. Trump’s public charge rule that denied immigration benefits to some people who used or were expected to use some forms of welfare was expected to cost over $350 million to implement. The rule got tied up in courts until Biden abandoned it.

The numbers are produced by the federal bureaucracy itself and as such are likely to be underestimations, according to Bosh. It’s difficult to gauge how the costs play out in reality and the government isn’t of much help on the issue.

“They don’t do a good job evaluating their regulations to see if the cost estimate was accurate,” he said.

“But they also don’t do a good job of even just looking to see, ‘Did we actually accomplish what we said the goal of the regulation was.’”

There are some requirements for retrospective review, but they are poorly structured and lack penalties for noncompliance, so there’s little incentive for agencies to perform the reviews, he said.

The Biden administration has yet to confirm its regulatory czar at the Office of Management and Budget (OMB). When that position is filled, maybe by the end of the year or early next year, the regulatory machine would be expected to crank up a notch.

“By not having that role filled yet, … I think they really held themselves back on the number of rules that they can put out,” Bosh said, noting that it’s “surprising for an administration” that openly stated its plan to “use regulatory authority to the maximum extent possible.”

The most prominent rules would be likely to drop next year, he said.

“This is typically when we would see heightened regulatory activity.”

One regulation already in the pipeline would impose carbon emission reductions on power plants. That one is likely to impose a significant economic burden that would translate into higher electricity prices, Bosh said. The government, however, would need to find a way around last year’s Supreme Court decision in West Virginia v. Environmental Protection Agency that restricted the government’s avenues to regulating carbon emissions.