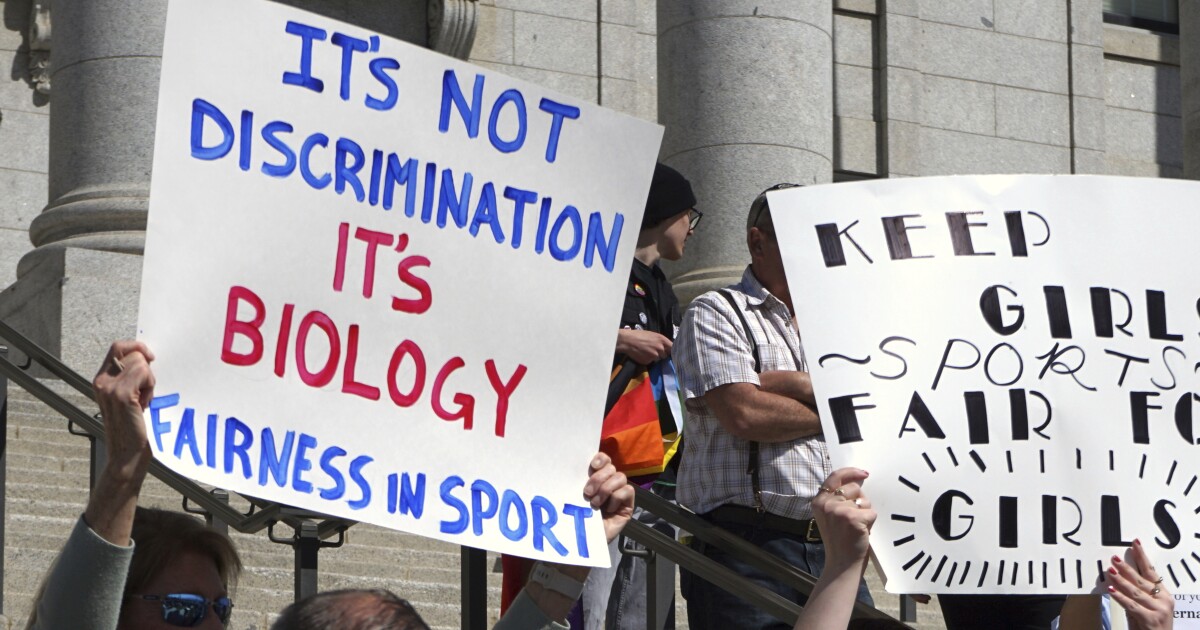 Following a court setback, the Biden administration and conservative activists are both gearing up for a battle over a proposed reinterpretation of Title IX guidance designed to protect transgender students.

The Education Department ‘s directives offer protections from discrimination based on gender and sexual orientation and would have extended protections for transgender people to use locker rooms and bathrooms in schools, as well as join sports teams that correspond to their gender identity. However, conservatives have pushed back , arguing that the guidance violates the Administrative Procedures Act as well as the First and 10th amendments.

“As we look to the next 50 years, I am committed to protecting this progress and working to achieve full equality, inclusion, and dignity for women and girls, LGBTQI+ Americans, all students, and all Americans,” President Joe Biden said in a statement marking the 50th anniversary of Title IX. “My administration will continue to fight tirelessly to realize the promise of Title IX — that every person deserves an opportunity to pursue their education free from discrimination and realize their full potential.”

This commitment would see Title IX interpreted to include forcing schools to use transgender students’ preferred pronouns and allow access to locker rooms and bathrooms pertaining to their gender identity.

However, the directives were halted by Judge Charles Atchley of the U.S. District Court for the Eastern District of Tennessee , who temporarily blocked enforcement of the two directives.

“As it currently stands, plaintiffs must choose between the threat of legal consequences — enforcement action, civil penalties, and the withholding of federal funding — or altering their state laws to ensure compliance with the guidance and avoid such adverse action,” wrote Atchley , an appointee of former President Donald Trump .

The Education Department published its Title IX proposed rule last month, which would codify its guidance for protecting transgender students upon finalization. A group of 20 state attorneys general filed suit, leading to Atchley’s action, one of many court setbacks for the Biden administration.

A comment period for the rule will be available through September.

Between now and then, conservative groups such as the Heritage Foundation are working to encourage concerned voters to submit public comments, which are required under the APA. Heritage Action Executive Director Jessica Anderson argues that left-leaning groups have long made their case during such public comment periods, during which proposals can be slowed down or even defeated by popular backlash. Her group is now doing the same on this and other issues .

“Fighting back through the federal rule-making process is one of the most important tools we have as President Biden continues to use unelected bureaucrats to push forward some of his most radical and unpopular priorities,” Anderson said. “The content and volume of these comments sends a message to this administration that we will not tolerate their attacks on gender and education.”

In response to Biden’s having “weaponized the federal rule-making process to destroy gender and put our daughters in danger at school,” her group has helped solicit and submit 6,591 comments since the window opened on July 12, nearly all of which state opposition to the proposed rules.

On the other side, left-leaning groups are making their case as well.

“We are disappointed and outraged by this ruling from the Eastern District of Tennessee where, in yet another example of far-right judges legislating from the bench, the court blocked guidance affirming what the Supreme Court decided in Bostock v. Clayton County: that LGBTQ+ Americans are protected under existing civil rights law,” Joni Madison, interim president of the Human Rights Campaign, said in a statement. “HRC will continue to fight these anti-transgender rulings with every tool in our toolbox.”

A policy decision for sports eligibility is expected at a later date, though a time frame for the process has not been set.