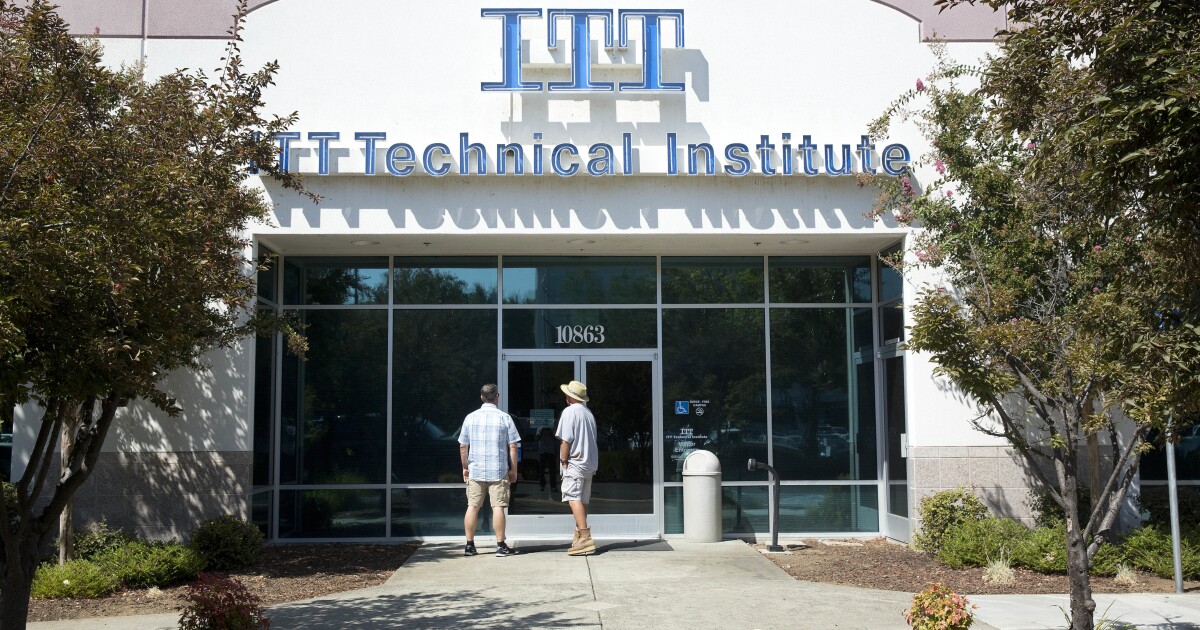 Roughly $3.9 billion in outstanding student loans for attendees of the now-defunct ITT Technical Institute will be canceled, the Department of Education announced Tuesday.

The move delivers relief to an estimated 208,000 people, bringing total student loan forgiveness under the Biden administration up to $32 billion for 1.6 million borrowers. Forgiveness of ITT Technical Institute is supposed to go into effect automatically without further action by borrowers.

“It is time for student borrowers to stop shouldering the burden from ITT’s years of lies and false promises,” Education Secretary Miguel Cardona declared. “The evidence shows that for years, ITT’s leaders intentionally misled students about the quality of their programs in order to profit off federal student loan programs, with no regard for the hardship this would cause.”

ITT Technical Institute was one of the biggest for-profit technical school systems in the country before shuttering its doors in 2016, CNBC reported. The $3.9 billion forgiveness package includes loans issued from Jan. 1, 2005, until September 2016, per the department.

The institution faced allegations of misrepresenting students’ abilities to acquire jobs and was banned from enrolling students with federal aid by the Department of Education in 2016.

“The Biden-Harris Administration will continue to stand up for borrowers who’ve been cheated by their colleges, while working to strengthen oversight and enforcement to protect today’s students from similar deception and abuse,” Cardona continued.

The department also revealed it notified DeVry University on Monday that it would be required to cover expenses for borrower defense applications. DeVry “misled” students about job placement rates after graduation between 2008 and 2015, the department found, meaning the institution is on the hook for roughly $24 million.

DeVry will be afforded the opportunity to appeal the decision, an avenue the university appears poised to pursue.

“We are in receipt of the notice from the Department and are reviewing it,” DeVry University said in a statement, per Axios. “We continue to believe the Department mischaracterizes DeVry’s calculation and disclosure of graduate outcomes in certain advertising, and we do not agree with the conclusions they have reached.”

President Joe Biden has faced strong pressure to issue an executive order granting sweeping student loan forgiveness by progressives such as Rep. Alexandria Ocasio-Cortez. The Biden administration has refrained from committing to that.

Student loan repayments are on a moratorium until at least Aug. 31. This means that repayment, collection, and interest on the loans are all on pause. Very few of the 40 million people in the United States with student loan debt have paid their loans during the moratorium. One estimate pinned the number at 1.2% of borrowers still paying down loans, the Wall Street Journal reported.

Biden is expected to make a decision about whether to extend student loan forgiveness by the end of the month.