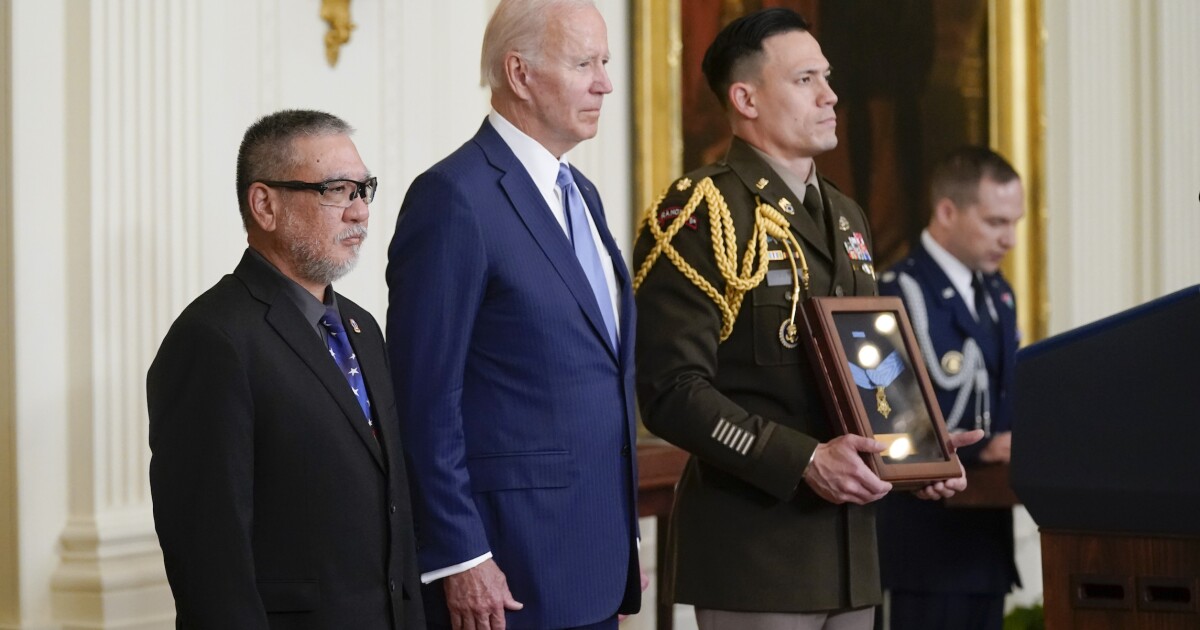 President Joe Biden awarded the Medal of Honor, the highest honor for military service, to four Army soldiers who served during the Vietnam War.

“We’re upgrading the awards of four soldiers who performed acts of incredible heroism during the Vietnam conflict,” the president explained. “They went far above and beyond the call of duty.”

Kaneshiro, who was killed in action in 1967, saved the lives of U.S. service members in Vietnam when his unit came under attack from North Vietnamese troops in an ambush. Birdwell refused a medical evacuation despite suffering significant injuries as his unit bore the brunt of the beginning of the Tet Offensive.

Fujii, who served as a crew chief on a helicopter ambulance, was seriously wounded after the chopper took on enemy fire and was forced to crash land. He then waved off another rescue helicopter and remained behind, administering aid to other wounded service members. Duffy was wounded in battle and instead of being evacuated, he kept moving closer to enemy positions to help assist airstrikes.

“I’m proud to finally award our highest military recognition the Medal of Honor to each of you — one posthumously. It’s been a long journey to this day for those heroes and their families,” the president continued. “Time has not diminished their astonishing bravery, their selflessness in putting the lives of others ahead of their own, and the gratitude that we as a nation owe them.”

Slightly more than 3,500 of the roughly 40 million people who have served in the military since the Civil War have earned this award for their service.