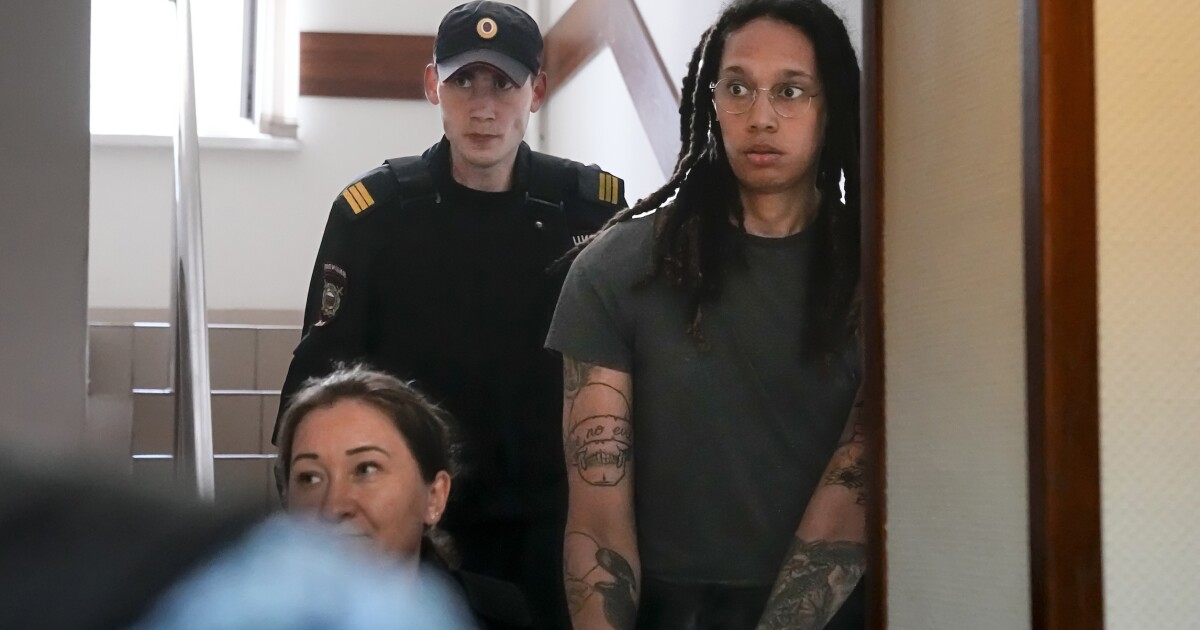 The Biden administration is facing intense scrutiny over its handling of WNBA star Brittney Griner’s detention in Russia, with some questioning the White House‘s commitment to helping based on Griner’s race and gender.

Detained in Russia since Feb. 17 on marijuana-related charges, Griner has penned a letter to President Joe Biden while her friends and family plead with the administration to help. The State Department deemed her wrongfully detained in May, and Biden met with her wife, Cherelle, on Wednesday.

“The president offered his support to Cherelle and Brittney’s family, and he committed to ensuring they are provided with all possible assistance while his administration pursues every avenue to bring Brittney home,” a White House readout of the conversation states.

Biden will now send a letter back to the detained basketball star, who has also spoken with national security adviser Jake Sullivan and Secretary of State Antony Blinken.

But none of that is appeasing Griner’s advocates.

The Rev. Al Sharpton is planning a “clergy visit” to Russia and wants to visit Griner in person.

“It’s my intention to be in Russia next week, and I hope the White House will help to make it possible for me to do a clergy visit to let her know of the support and to let her know that her family and everyone is concerned about her and pray with her and bring some pastors with me,” he said during an appearance on MSNBC’s Morning Joe.

Jonathan Franks, a spokesman for the Bring Our Families Home Campaign, was also critical of Biden during a statement released Wednesday.

“That our constituent families’ loved ones felt the need to write these open communications to President Biden speaks to the extent to which many hostage families feel let down, left behind, and often ghosted by decision makers in the West Wing,” she said. “When families do receive ‘replies’ they are often perfunctory and non-responsive.”

The campaign released its own open letter to Biden two weeks ago asking for a meeting with the president and has yet to hear back. Similar concerns of a lack of action have plagued the Biden administration on other issues as well.

But beyond the optics, the mechanics of the situation present their own challenges.

When former Marine Trevor Reed was returned to the United States after spending three years detained in Russia, the U.S. exchanged him for Konstantin Yaroshenko, a Russian pilot serving a 20-year federal prison sentence in Connecticut for conspiracy to smuggle drugs into the U.S.

That move caused consternation for the family of Paul Whelan, another former Marine also detained in the country. David Whelan, Paul Whelan’s brother, told the Washington Examiner in April that Reed’s return was bittersweet because it left the U.S. with fewer options to negotiate for Paul Whelan’s return.

“In fact, the more I think about it, I think of each detainee in any country being on a separate train track. Before, I think, I’ve thought of them all — well, you know, all the ones in Russia would be dealt the same,” David Whelan said. “Now, I think they’re all individual trains on individual tracks, and some of those trains will get to their destination, and there’ll be relief. And some of those trains won’t, and it doesn’t matter if someone in the same country as your loved one gets free.“

The same dynamic may now be at play with efforts to return Griner.

It’s believed that Russian authorities may want to trade Griner for Viktor Bout, an arms dealer and former Soviet military officer, according to Politico, but that the Biden administration considers Bout “too high a price.”

The White House does appear to be responding to public pressure, announcing the meeting with Griner’s wife and letter of response one day after multiple reporters pressed press secretary Karine Jean-Pierre on the issue.

“This is an issue that is a priority for this president, as you have heard us say before,” she said. “He believes that any U.S. national that is held abroad or detained or held hostage abroad we need to bring back safely, and we are going to use every tool that we possibly can to make that happen.”

Excerpts from the letter addressed to Biden released on Monday reveal that Griner is “terrified” she will never be freed from Russian custody.