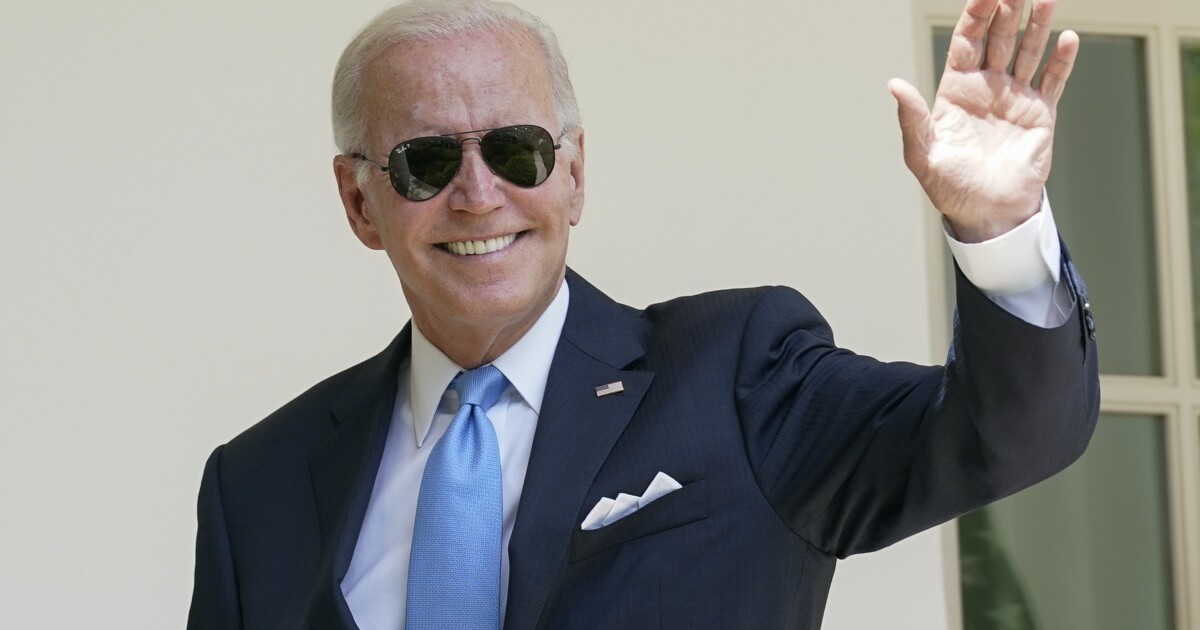 President Joe Biden‘s two-week winning streak appears to be showing up in polling data, which show a solid, if modest, jump in his approval ratings.

After bottoming out at 36.8% approval on July 21, Biden’s polling average has climbed nearly 3 percentage points, reaching 39.6% approval against 56.4% disapproval as of Aug. 4.

Biden is hoping to break months of negative polling with arguably the most successful short stretch of his presidency, yet both his opponents and critics are still questioning his political future and, more immediately, the success of his party in the pending midterm elections.

“Any legislative victory is proving elusive given the political climate, so taking a victory lap for those two [bills] plus the [al Qaeda leader Ayman] al Zawahiri news is justified and well earned,” said former senior Obama administration official and partner at 720 Strategies Tom Cochran. “Losing numbers in Congress is wholly expected not only in this midterm but all midterms going back decades. I unfortunately don’t see a silver lining for the Democrats this November. Losing less seats than expected would be the best-case scenario.”

The past two weeks of Biden’s presidency have been characterized by his catching the coronavirus and several Democratic bucket list legislative items getting passed.

In recent days, Biden has also announced the killing of al Zawahiri, landed another attempt at passing a sweeping partisan reconciliation bill after multiple failures over the past 12 months, and saw on Wednesday the historically high national average for gas prices decrease for the 50th straight day.

The most recent presidential approval survey is from Rasmussen Reports, showing Biden at 44% approval and 54% disapproval. Though this poll shows the president 10 points underwater, it is well ahead of the territory Biden has been in for most of 2022.

Biden began his term with 55% approval against 35% disapproval and stayed positive until August 2021 and the withdrawal from Afghanistan, which the public largely saw as botched. He’s been underwater ever since.

Republican strategist John Feehery thinks the change could actually be a positive for Biden.

“I think a midterm bloodbath would be very good for his presidency,” Feehery said. “A midterm course correction would allow him to tack to the middle and dispense with all the woke nonsense.”

Biden ran mostly as a centrist but has been accused of being too beholden to his party’s left wing in office. Nonetheless, Feehery doesn’t see any approval bump saving Democratic control of Congress.

Biden’s relative success of late has correlated with his bout and “rebound” with COVID-19, a pairing so noticeable that a reporter asked White House press secretary Karine Jean-Pierre on Wednesday whether he should work from home more often.

“My goodness,” Jean-Pierre responded. “Look, the president is going to continue to work for the American people, regardless — it doesn’t matter where he is. … I hear what you’re saying, but we’ve had successes over the last 18 months. It’s not just been this week. We had the American Rescue Plan. We had the bipartisan infrastructure deal. We’ve had other successes in this White House.”