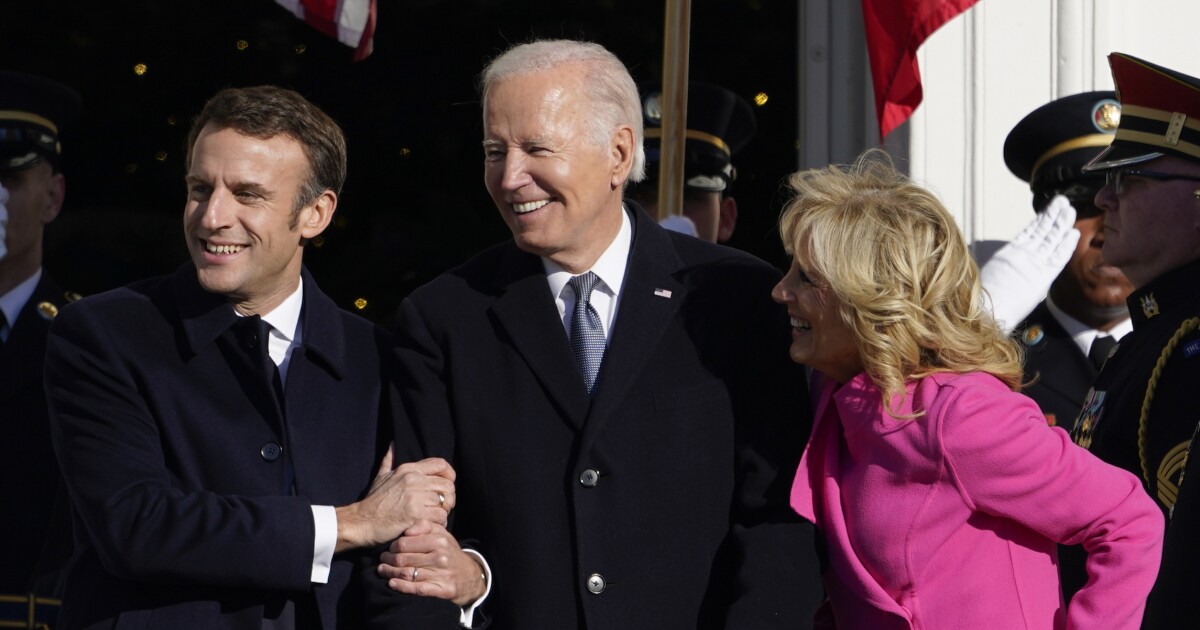 A trio of positive economic developments have President Joe Biden celebrating and saying his plan is working, but time will tell if that success lasts over the next two years.

Figures released this week showed that inflation fell three-tenths of a percentage point to 6% annually in October, jobless claims dropped, and third-quarter gross domestic product growth was revised up to 2.9%. Biden said all of it points to the success of his economic approach.

“Today, we learned that inflation moderated and incomes grew in October, following yesterday’s news that our economy grew at an even stronger pace from July to September than we previously thought,” Biden said in a statement released Thursday morning. “We are seeing initial signs that we are making progress in tackling inflation, even as we make the transition to more steady, stable economic growth.”

The decline in the personal consumption expenditures price index reported Thursday morning by the Bureau of Economic Analysis is a sign that inflationary pressures are abating in the face of the Federal Reserve’s campaign to slow price gains by raising inflation rates. Nevertheless, inflation is still running much faster than the central bank’s target and hurting household purchasing power.

The Fed has aggressively raised interest rates throughout 2022 in an effort to tamp down 40-year-high inflation, and the effects of that move are just beginning to be felt across the wider economy. The Fed may hike interest rates by another 50 basis points next week, which would bring the total rate hike to 425 basis points on the year.

David Madland, an economist with the Center for American Progress, is cautiously optimistic that the economy can stick a soft landing from pandemic-era stimulus during the remainder of Biden’s first term.

“The best interpretation is that we have a real chance of a soft landing,” he said. “But I do think there’s a big risk the Federal Reserve goes too far.”

Liberal economists tend to point to lingering supply chain snags as the reason for continued high inflation and warn that aggressive interest rate hikes could spiral the economy into a recession unnecessarily. As president, the fallout would quickly reach Biden.

“Presidents get blamed for economic concerns whether they had anything to do with them or not,” Madland said. “They also get credit for positive economic conditions. I do think Biden has a decent claim for some of the good results we’re seeing right now.”

But conservatives point to inflation, which remains at highs not seen since the early 1980s, as a direct result of policies implemented by Biden and congressional Democrats. They point to the $1.9 trillion American Rescue Plan, the student loan repayment pause and the stalled cancellation program that could cost $500 billion, and even the Inflation Reduction Act, which involves spending $391 billion, as factors that have fueled runaway inflation.

“President Biden is completely out of touch if he thinks today’s PCE report shows that ‘we are making progress in tacking inflation,'” said Alfredo Ortiz, president and CEO of the Job Creators Network, a conservative advocacy group. “Six percent inflation is still three times higher than the Federal Reserve’s 2% target.”

Biden’s future spending goals are likely to be curtailed by a Republican-controlled House of Representatives, but the state of the economy will be a major factor in the 2024 presidential election no matter what.

“The full effects of our rapid tightening so far are yet to be felt,” Fed Chairman Jerome Powell said Wednesday. “Thus, it makes sense to moderate the pace of our rate increases as we approach the level of restraint that will be sufficient to bring inflation down.”

Another challenge for the Biden administration going forward will be the implementation of the bills it passed in 2021 and 2022. The $1.2 trillion Infrastructure Investment and Jobs Act and the $280 billion CHIPS and Science Act will be largely rolled out during the next two years. How well that goes may go a long way toward Biden being able to point to himself as an economic success or for his critics to point out deficiencies.

“A lot of the key will be in implementing the industrial policy bills Biden has already signed,” Madland said. “These are significant investments in both jobs and the future growth of the country. The way those policies are implemented will be quite important for the economy over the next couple of years.”