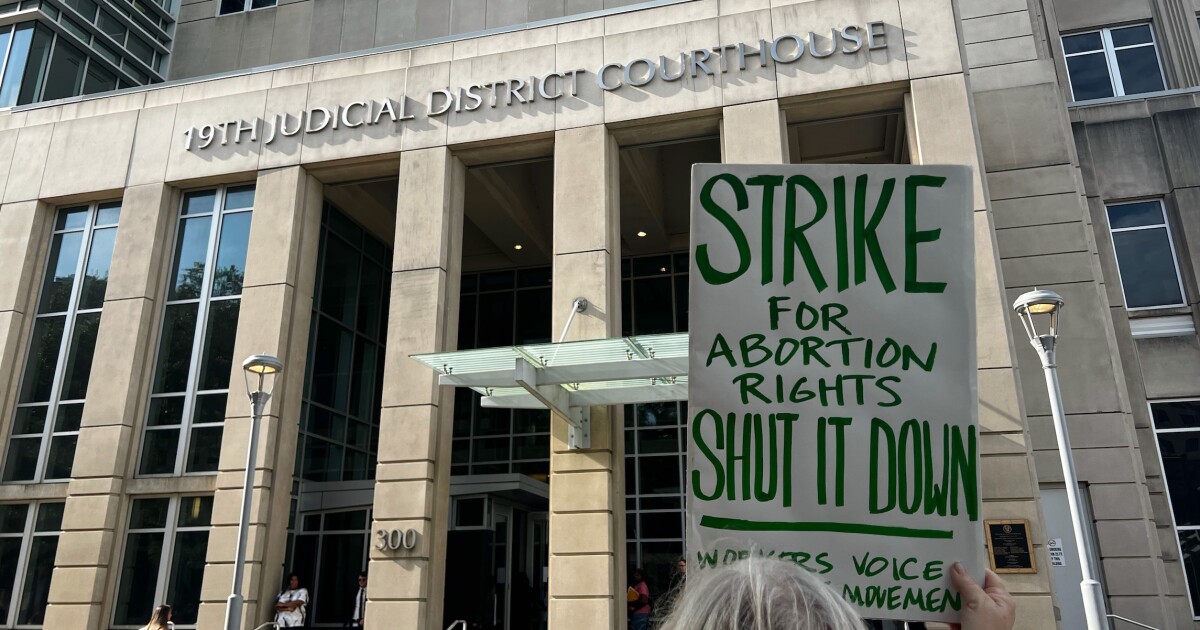 White House press secretary Karine Jean-Pierre was pressed on Tuesday about when President Joe Biden might declare an emergency over climate change or abortion, both of which he’s teased in recent days.

Questions from a host of reporters included if either would be announced this week, which might come first, how much money each declaration would unlock, and how voters might react if one is announced before the other.

“Everything is on the table,” Jean-Pierre said in response to one such inquiry. “I’m not going to go into private discussions or policy discussions or get ahead of the president at this time. He’s going to make some announcements today. What I can say is this climate emergency is not going to happen tomorrow. We still have it on the table. And, well, I don’t have a circled date on the calendar.”

Liberals have urged Biden to declare a public health emergency over the Supreme Court’s overturning of Roe v. Wade, which eliminated the constitutional right to an abortion. Similar cries emerged when Sen. Joe Manchin (D-WV) said he wouldn’t support climate spending as part of a Democrats-only reconciliation bill making its way through Congress.

If Biden declares an emergency over abortion or climate change, he would unlock powers to act on the issues without needing authority from the legislative branch.

“Declaring a public health emergency is very different from declaring a climate emergency,” Jean-Pierre said. “Each unlocks a different set of authorities and a different pot of funding. So that’s one way to think about that.”

Such moves are not without precedent. In one recent example, then-President Donald Trump declared a national emergency at the southern border in 2019 in order to divert funding toward the construction of a wall.

Reporting has surfaced that Biden will declare a climate emergency by the end of this week, though the press secretary said it will not happen Wednesday.

The White House announced this morning that Biden will travel to Somerset, Massachusetts, on Wednesday to talk about climate, green energy, and “seizing the opportunity of a clean energy future to create jobs and lower costs for families.”

The trip announcement follows reports that Biden, under pressure from environmental activist allies and congressional Democrats, is set to announce a climate emergency declaration and related executive orders.

One reporter asked how declaring a climate emergency before a public health emergency over abortion might be received by female voters.

“I wouldn’t make that into an issue,” Jean-Pierre said. “Both of those things are still on the table.”

The White House was also asked if the climate emergency was being delayed over concerns that it would upset Manchin.

“I can tell you that our teams are in regular contact with Sen. Manchin and other members of the Senate and in Congress, just as we do in a constant way and a constant basis,” Jean-Pierre responded. “As I mentioned, I wouldn’t expect an announcement this week on the climate change emergency.”