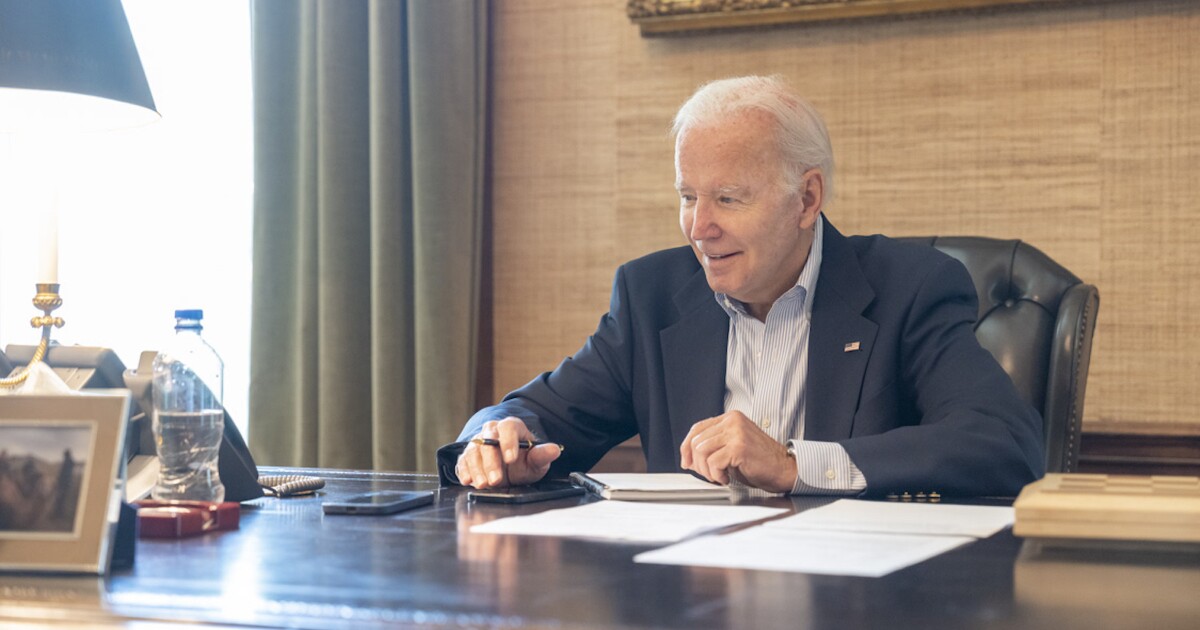 President Joe Biden reassured the public he was doing “fine” via Twitter in his first comments since testing positive for COVID-19, presenting himself as “keeping busy” despite the virus.

The 79-year-old president had to scrap a planned trip to Pennsylvania to talk about police funding and gun violence. He had planned to head to Florida on Monday, setting up a possible confrontation with Gov. Ron DeSantis, a potential 2024 Republican rival.

Folks, I’m doing great. Thanks for your concern. Just called Senator Casey, Congressman Cartwright, and Mayor Cognetti (and my Scranton cousins!) to send my regrets for missing our event today.

“Folks, I’m doing great,” Biden tweeted. “Thanks for your concern.”

Biden said he called some of the elected officials who were going to be on hand for his remarks Thursday, in addition to his “Scranton cousins!”

“Keeping busy!” he said, above a picture of him working happily at his desk.