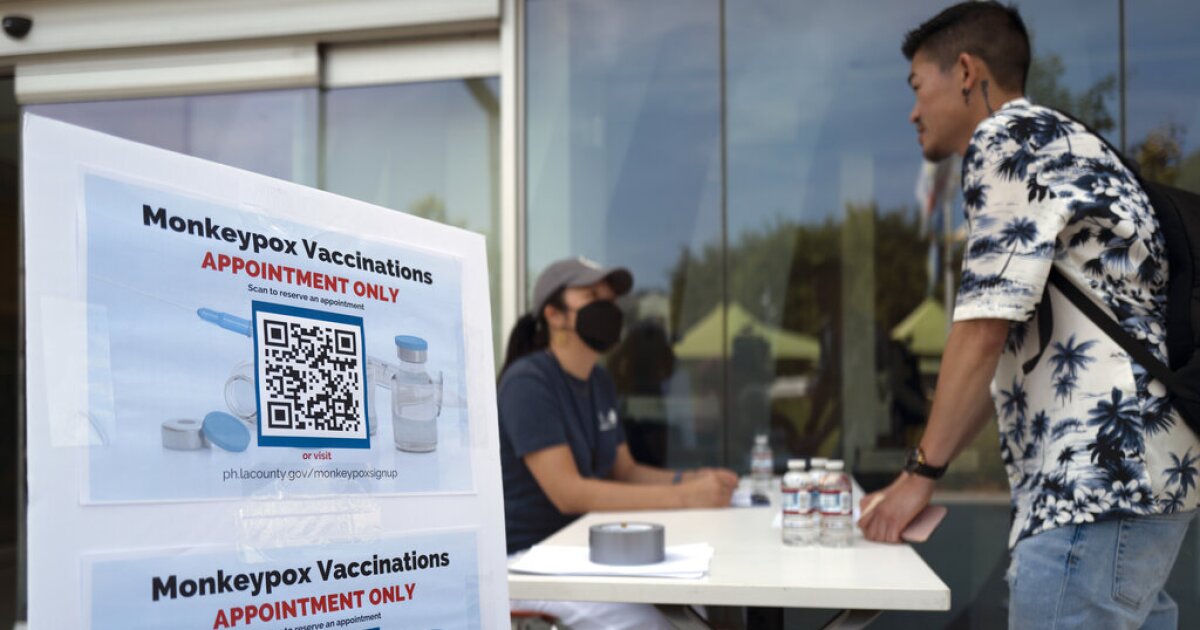 The Biden administration will tap into public health emergency powers to speed up the distribution of vaccines for monkeypox and improve testing capacity.

The decision to declare monkeypox a public health emergency allows the administration expanded powers to deal with the disease, such as the ability to contract with private companies, such as vaccine distributors, in order to speed up the deployment of the nation’s supply of shots. It also gives federal health authorities greater access to state data to monitor the outbreak.

“We’re prepared to take our response to the next level in addressing this virus, and we urge every American to take monkeypox seriously and to take responsibility to help us tackle this virus,” Health and Human Services Secretary Xavier Becerra said.

The administration has been criticized for stumbling early on in addressing the unusual spread of monkeypox, first in Europe and then throughout the United States starting in mid-May. The Centers for Disease Control and Prevention puts the total number of cases in the U.S. at more than 6,600, primarily among men who have sex with men. Activists for gay and transgender groups have charged the Biden administration with a lack of urgency.

“This moment harkens back to the beginnings of the AIDS crisis here in SF when the federal government abandoned us in a moment of public health crisis in the LGBTQ+ community! We need vaccine and increased resources now!” Tyler TerMeer, the CEO of the San Francisco AIDS Foundation, said last week.

California, New York, and Illinois have already declared states of emergency, actions intended to boost supplies of vaccines and free up resources for beating back the outbreak. The Biden administration, well aware of criticisms coming from gay and transgender activists, has ramped up efforts to improve vaccine supplies by approving shipments to the U.S. from the vaccine maker’s facility in Denmark and purchasing roughly 5 million more doses to be delivered by mid-2023. But the U.S. has so far made 1.1 million doses of vaccine available to states, and about 600,000 doses have been delivered to states, a small amount relative to the number of people who could benefit from the added protection.

The White House has also convened a group of public health officials dedicated to addressing the monkeypox outbreak. The administration announced on Tuesday that it appointed Robert Fenton, a regional administrator for the Federal Emergency Management Agency, to serve as the White House monkeypox coordinator. With him, Dr. Demetre Daskalakis, the director of the Division of HIV Prevention at the Centers for Disease Control and Prevention and an expert in health issues affecting gay and transgender people, has been asked to serve as deputy coordinator.

“This public health emergency will allow us to explore additional strategies to get vaccines and treatments out quickly, and it will allow us to get more data from jurisdictions so we can effectively track and attack this outbreak,” Fenton said.

While monkeypox is not airborne like COVID-19 nor as fatal (there have been no deaths in the U.S. yet), it causes severe pain. Monkeypox infection typically causes flu-like symptoms as well as pustules and lesions on the skin of the arms, hands, feet, face, and inside the mouth. But the most recent outbreak has resulted from a spread that more closely resembles a sexually transmitted disease. In most cases, the lesions have appeared in the genital area, making it difficult for doctors to discern whether it is monkeypox or an STD. Getting tested can be a lengthy process, and results are not guaranteed to come in immediately, meaning an infected person could unknowingly spread the virus.