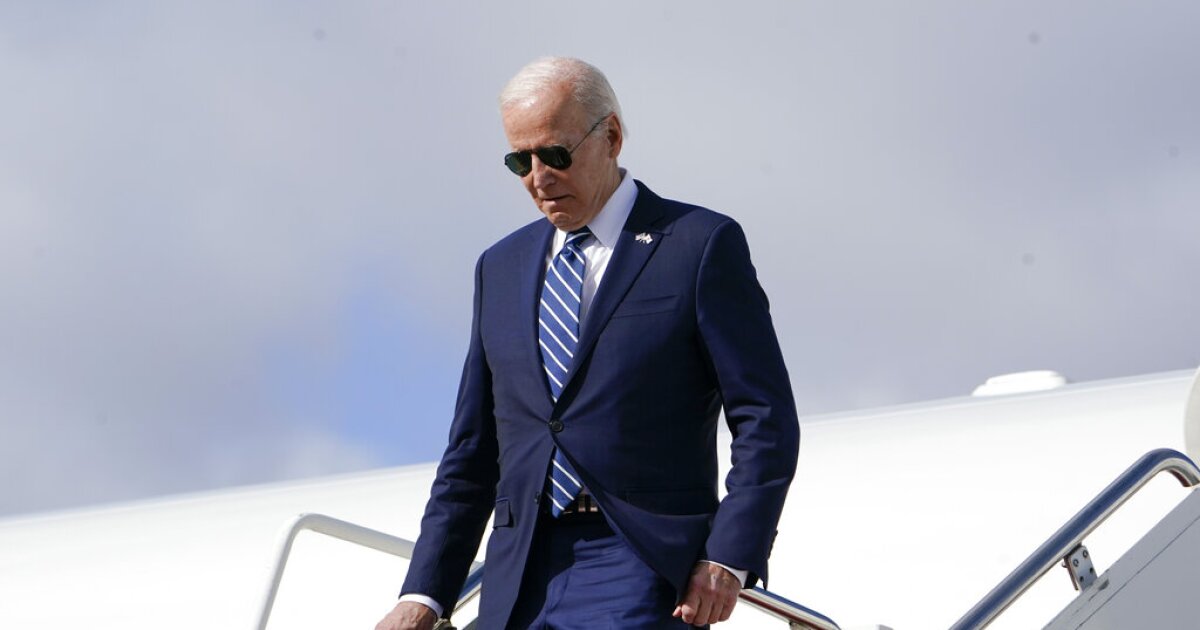 In the closing days of a midterm election campaign tilting increasingly in Republicans’ favor, President Joe Biden delivered a pitch to voters fearful of a darkening economic picture.

Speaking at a semiconductor factory in Syracuse, New York, Biden credited his administration with delivering quantifiable benefits for the public and U.S. companies while attempting to reassure voters that the economy is not as bleak as many fear.

And if Republicans win control of Congress next month, Biden argued, conditions will be worse.

“The previous president made a string of broken promises in places like Wisconsin, Indiana, Ohio — promised investments in jobs and manufacturing never materialized,” Biden said. “But layoffs and shuttered factories did materialize.”

He charged that Republicans had “put forward a real ticking time bomb,” suggesting that a takeover by the party in Congress next month would hamper U.S. economic growth at a decisive moment.

While the economy may feel precarious for many, it is in good stead, Biden added.

“Although it may not feel like it for everyone, people’s incomes went up last quarter more than inflation went up,” he said. “So economic growth is up, the price of inflation is down, real incomes are up, and the price of gas is down.”

Biden’s effort to highlight his manufacturing and jobs agenda comes as the president attempts to combat a Republican advantage on the economy, which increasing numbers of voters rank as their foremost concern.

In response, veteran Democratic strategists have urged the White House to make a stronger economic case to voters in the countdown to November.

Republicans hold a 6 percentage point advantage with registered voters, 50%, compared to 44% for Democrats, in a new Monmouth University poll. Republicans are also more likely than Democrats to say they are “extremely motivated” to vote, 64%-59%.

At the same time, a record number of American households are struggling to pay everyday bills, the latest U.S. Census Bureau household survey shows. That share is even higher in key battlegrounds, such as Nevada and Georgia, as well as in New York, where a Republican challenger for governor is surging in the polls against incumbent Democrat Kathy Hochul.

Biden’s visit to the state comes as Hochul and other Democratic candidates, including the head of the caucus’s fundraising arm, risk losing seats in areas where the president won by large margins.

Biden has adopted a new message against Republicans on the economy to stanch the bleeding. The president has warned that if Republicans win control of Congress next month, “mega-MAGA trickle-down economics” will hike prices and risk the country’s credit rating.

Whether Democrats will benefit from the tactic isn’t clear.

Biden’s job approval rating remains stubbornly underwater, including on the economy. By a 2-to-1 margin, voters say the country is headed in the wrong direction, according to RealClearPolitics average, presenting a major challenge for the president as he attempts to persuade voters to cast a ballot for his party.

By a 4-to-1 margin, voters say the economy is getting worse, 65% to 15%, according to a new CBS News poll, with 48% saying Democratic policies had hurt the economy and 42% saying Republican policies could likely help. Two-thirds said Biden could be doing more to fight inflation.

Biden, who has not held a campaign rally since before Labor Day, has also faced questions about his effort to get the vote out for Democrats ahead of the midterm elections. The White House has said the president intends to travel more but declined to provide details.