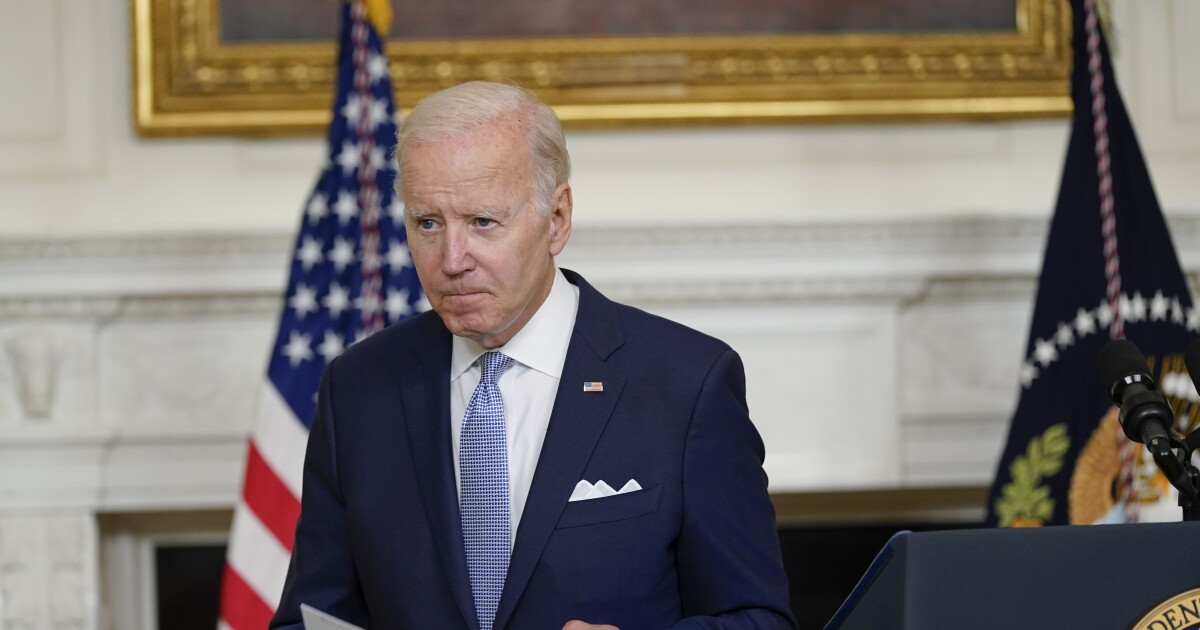 President Joe Biden touted the inflation-fighting and climate-securing potential of the latest reconciliation bill on Thursday, all while repeating the administration’s defense of why the United States has not entered a recession.

Biden delivered his comments a day after Sen. Joe Manchin (D-WV) and Senate Majority Leader Chuck Schumer (D-NY) announced their legislation, which spun out of months of negotiations on the president’s Build Back Better proposals, just hours after the Bureau of Economic Analysis announced that the U.S. GDP shrank by 0.9% in the second quarter of 2022.

Despite Thursday’s report marking the second consecutive quarter of negative GDP growth, which is one but not the only traditional definition of a recession, the administration has claimed the economy is in a transition, citing a historically strong labor market, manufacturing growth, and new domestic investments in America.

“Both Chairman Powell and many of the significant banking personnel and economists say we’re not in a recession,” Biden said near the tail end of his remarks before ticking off what he viewed as the positive economic indicators.

“This is powering the strongest rebound in American manufacturing in three decades,” he said. “That doesn’t sound like a recession to me.”

The president specifically said that both the semiconductor competition bill, which was recently passed by the Senate, and the Manchin-Schumer bill would help drive down costs for U.S. consumers, though he conceded that the latter includes just a small portion of the items in Biden’s original proposal.

Biden, however, also called on Congress to “put politics aside and get this done.”

“This bill would be the most significant legislation in history to tackle the climate crisis and improve our energy security,” he said. “This bill is far from perfect. It’s a compromise. But that’s often how progress is made, by compromises.”

The president’s critics quickly pushed back on his Thursday rhetoric, claiming that the Democrats’ spending is what exacerbated inflation to current levels.