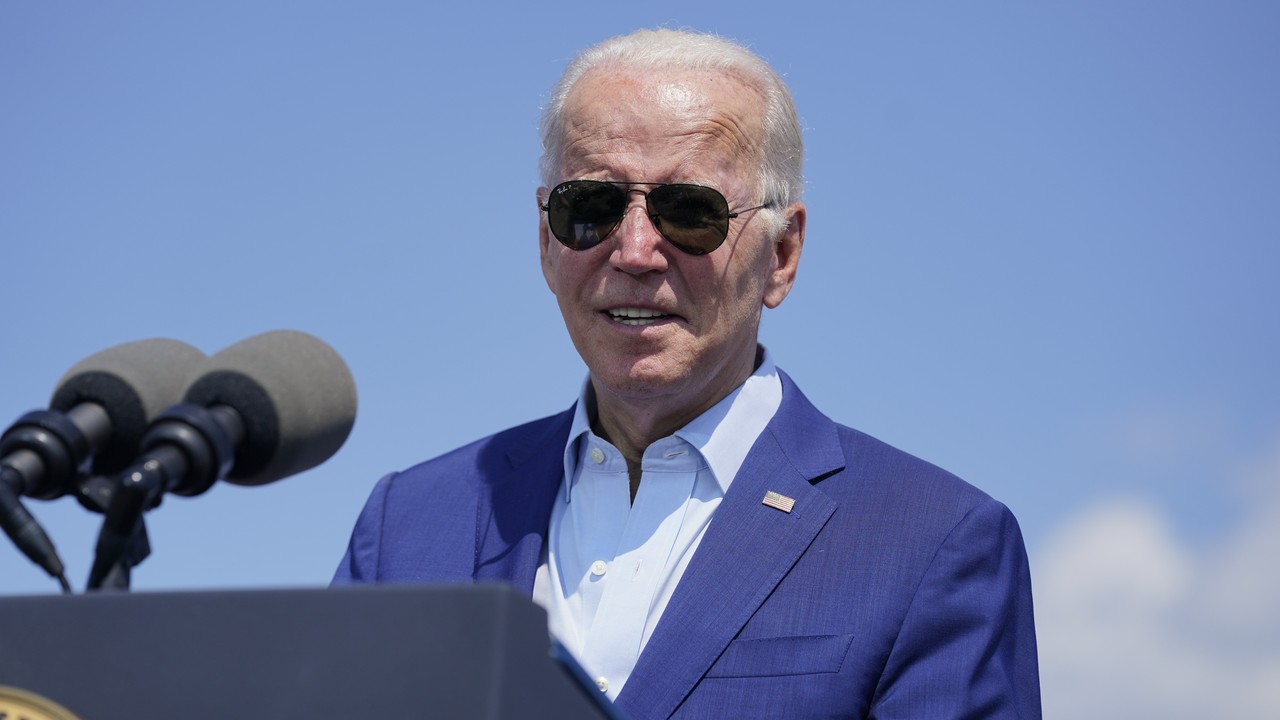 The Washington Post reported Monday night that President Joe Biden is “considering whether to declare a national climate emergency” to “salvage his stalled environmental agenda and satisfy Democrats on Capitol Hill.” A few hours later, the Associated Press reported that the administration would “hold off” on the announcement as he, presumably, lays the political groundwork to move forward.

There’s no “It’s Summer” clause in the Constitution empowering the president to ignore the will of Congress and unilaterally govern when it gets hot. The rejection of the president’s “agenda” by the lawmaking branch of government isn’t a justification for executive action; it’s the opposite. The Senate has unambiguously declined to implement Biden’s climate plan.

Though you have to marvel at the utter shamelessness of Democrats, incessantly warning that “democracy” is on the precipice of extinction, now urging the president to act like a petty dictator. It’s been less than a month since the Supreme Court rejected the Environmental Protection Agency’s claim that bureaucrats could govern without Congress to regulate carbon (which is to say, the entire economy). What makes anyone believe that the president — who, incidentally, just got back from begging Saudi theocrats to pump more oil — is imbued with the power to enact a new regulatory regime or funding by fiat?

We now have senators like Jeff Merkley, who told reporters on Monday that Biden’s emergency edict “unchains the president from waiting for Congress to act,” openly undermining their oath to the Constitution by attacking the institution they represent. Congress may have spent decades abdicating its responsibilities — which, despite conventional wisdom, isn’t to rubber-stamp the Democrats’ agenda — but its members rarely advocated openly for executive abuse. I guess they’re evolving.

Bloomberg reports that an emergency declaration would “unlock” the president’s power to redirect “federal funding to clean-energy construction.” When former President Donald Trump enacted an emergency declaration to reallocate funding earmarked for military projects to build a wall on the U.S. southern border — “a clear attempt to circumvent the legislative branch and one that I hope leads to the Supreme Court overturning the abused National Emergencies Act,” I wrote at the time, so save your emails — the entire establishment melted down. “Declaring a National Emergency Could Give Trump Authoritarian Powers,” a columnist at New York Magazine claimed. “A Win For Trump’s Authoritarian Agenda,” wrote another in Forbes. And so on. It’s worth remembering the border is within the purview of the federal government. Trying to control the weather is not.

Which brings us to another small problem: There is no emergency. Politicians might treat every hurricane, tornado and flood as an apocalyptic event — and then conveniently blame their political opponents for failing to rein in nature — but by every quantifiable measure humankind is less affected by climate than ever before. Despite the massive expansion of fossil fuel use, despite the explosion of the world’s population, far fewer people die from the climate.

Our ability to adapt to the vagaries of weather and acclimatize to the realities of climate change — whatever they may be — is far cheaper than state-compelled dismantling of the Constitution (and modernity). You may vigorously disagree. And that is a political debate about policy that belongs in Congress among representatives of the people. If every hurricane, heat wave or flood is a justification for unilateral federal executive governance, we will be in a perpetual emergency. Regulating carbon emissions is an open-ended invitation to regulate the entire economy. Which is the point.

And just as historically high gas prices — driven, in part, by the administration’s efforts to create fossil fuels scarcity — are slightly ebbing, Democrats want Biden “to halt crude oil exports, limit oil and gas drilling in federal waters, and direct agencies including the Federal Emergency Management Agency to boost renewable-energy sources.” Even if there was an emergency, the notion that diverting some money to prop up unreliable energy sources or subsidize more electric car production is going to do anything to change the trajectory of the climate is a risible claim. The real emergency is that we have a lawless party pushing lawlessness.