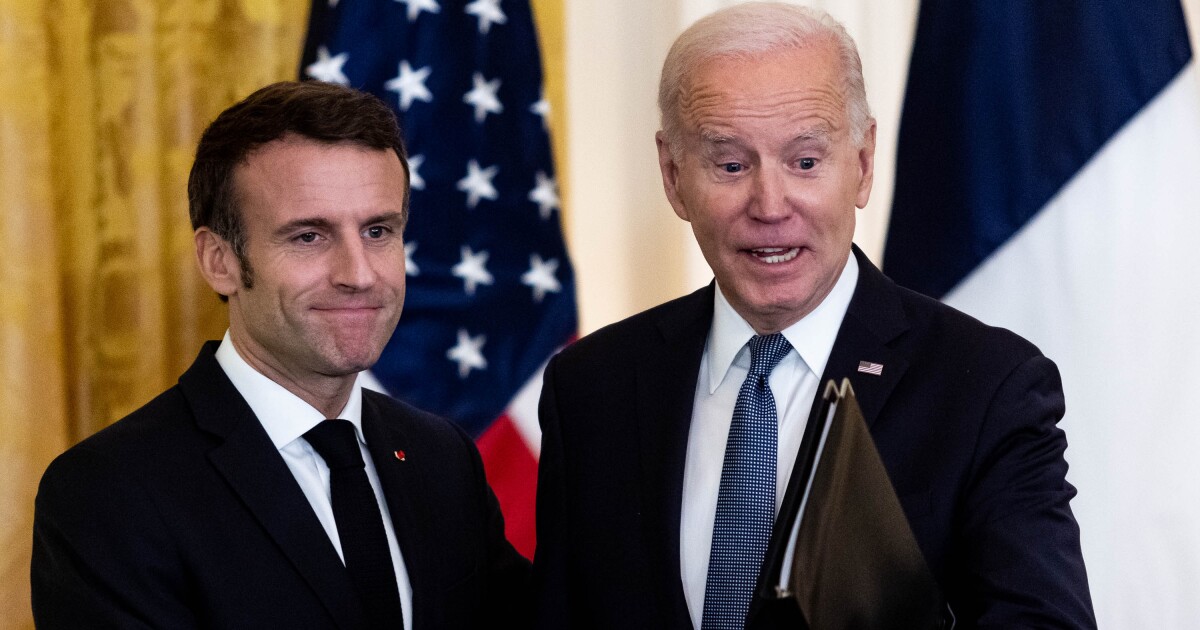 President Joe Biden and French President Emmanuel Macron delivered a unified message in support of Ukraine against Russia’s military invasion as questions over the war’s trajectory grow heading into the winter.

Broaching the possibility of talks to end the war during a press conference at the White House, the two leaders said they stood firmly with Ukraine.

Biden said he was prepared to speak with Russian President Vladimir Putin in consultation with U.S. allies if the Russian leader showed an interest in ending the war.

Western allies have at times diverged over whether to engage Putin directly, with Macron drawing criticism for engaging with the Russian leader in the war’s earlier months. Senior Biden administration officials have met with Ukrainian President Volodymyr Zelensky and his top aides in recent weeks to announce new U.S. military and economic support going into the winter.

Biden and Macron spoke about the issues facing Ukraine while meeting with officials ahead of the press conference, which began after a delay in the East Room, an ornate setting decorated for the holidays with displays of Christmas trees and snow.

Speaking to reporters, Macron said he sought to reaffirm his country’s firm support for Kyiv, saying the West “will never urge the Ukrainians to make a compromise that will not be acceptable to them.”

“We have to respect the Ukrainians to decide the moment and the timing of the negotiation of their territory,” Macron said.

Zelensky has long been sincere in his willingness to talk and to negotiate, Macron said, referring to his engagement with the Ukrainian leader during talks in 2019 to end Russia’s invasion of the Donbas.

Putin, Macron said, was the “one who wanted to wage war.”

Still, Macron said he would continue to engage Putin and is set to speak with him soon. The French leader said he planned to discuss with Putin safety considerations surrounding Russia’s occupation of Ukrainian nuclear plants, among other issues. Macron said he discussed the forthcoming call with Biden when the two met ahead of the press conference.

The highly choreographed state visit, Biden’s first since taking office, comes against a backdrop of tensions over American trade subsidies and China. Publicly, the White House has focused on a message of warmth and unity, with the two leaders dining privately with their spouses at a Washington, D.C., restaurant on Wednesday. During a ceremony on the White House South Lawn Thursday, Biden and Macron delivered remarks that recalled the U.S. and France’s centuries of shared history.

That conciliatory posture was on display during the press conference, with Macron responding to questions about American industrial policies that he has said are badly hurting Europe by acknowledging that Europe shares Washington’s goals.

At home, Biden faces discord over his decision to back a rail deal in Congress that rank-and-file union workers have opposed.

The president bristled when asked about the agreement he helped broker, which members of four of 12 unions rejected.

Macron smiled as Biden listened to the question and began to answer.

“I love you guys,” Biden responded, adding, “What was negotiated is so much better than anybody ever had.”