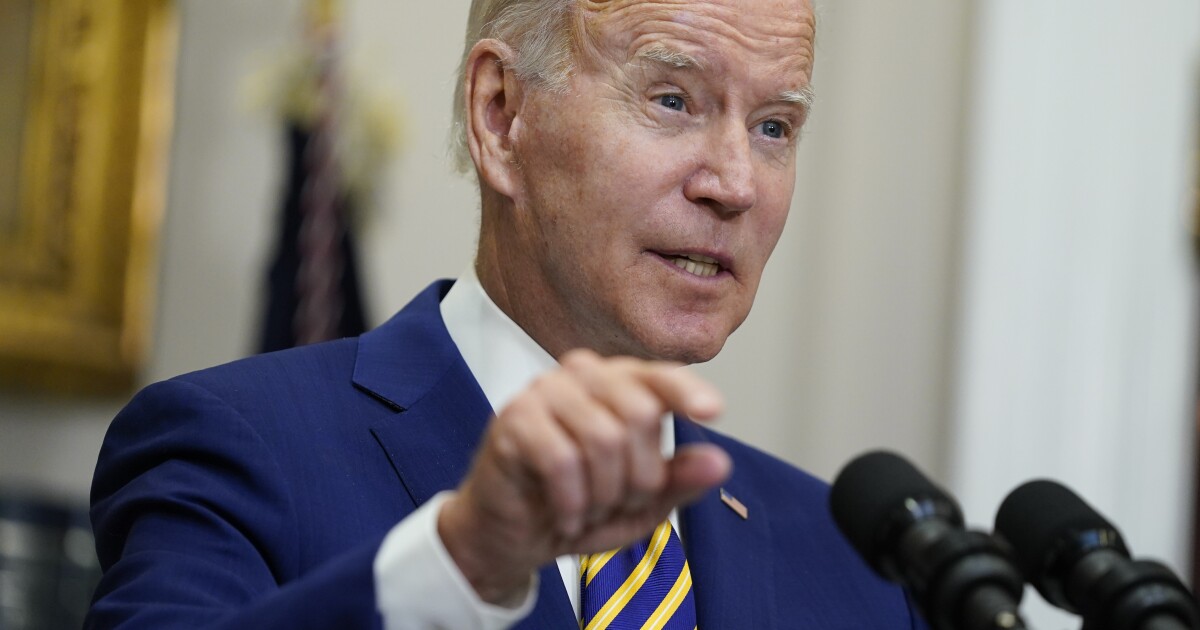 President Joe Biden heartily attacked Republicans Friday while responding to the Treasury Department’s report showing the federal deficit falling by $1.4 trillion over the past year.

After noting that fiscal 2022 saw the national deficit halve to just under $1.4 trillion, Biden claimed that if Republicans “get their way,” they would dismantle the economic progress ushered in by the current administration.

“They’re going to extend the Trump tax cuts, which are due to expire in a couple of years, extend them. They said they’ll repeal the corporate minimum tax of just 15% that I just signed off on,” the president said. “They said they’d repeal the lower prescription drug costs, and it will take effect next year. … The major reduction in drug costs don’t really kick in until next year.”

Later in his remarks, Biden claimed that GOP leaders have “made it clear they will crash the economy next year by threatening the full faith and credit of the United States” if the administration yields “to their demand to cut Social Security and Medicare.”

“It’s mega, MAGA trickle down,” the president closed. “The kind of policies that have failed the country before, and it’ll fail it again and will mean more wealth to the very wealthy, higher inflation for the middle class. That’s the choice we’re facing.”

Republicans could take back control of Congress in November’s midterm elections.