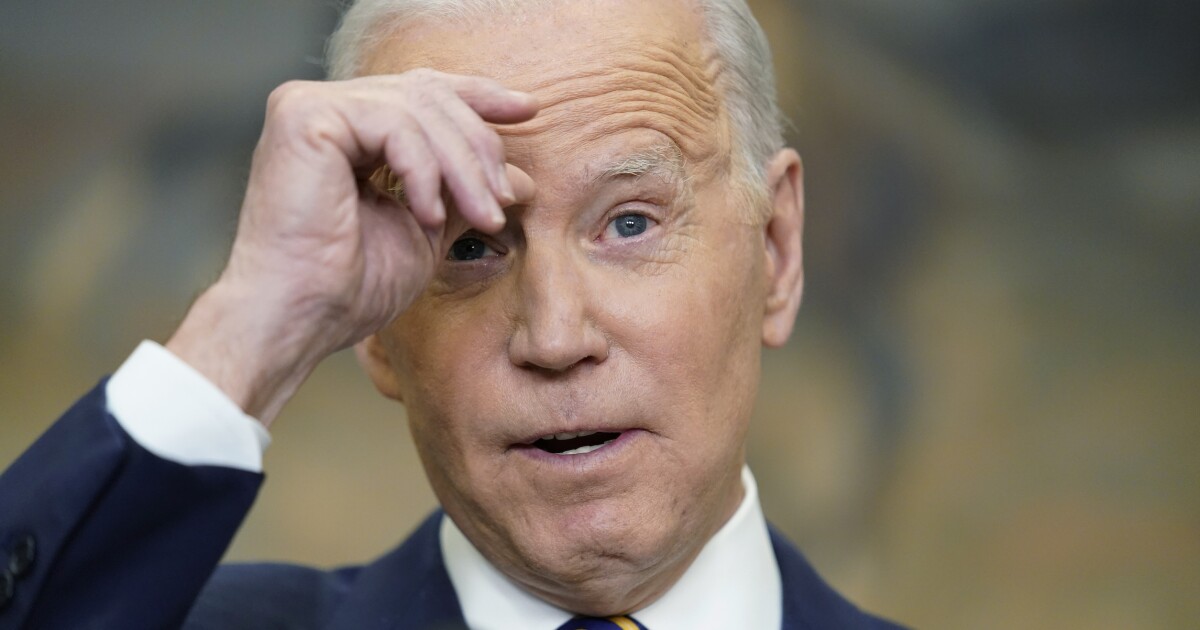 As gas prices tick up again, President Joe Biden is once again drawing down the Strategic Petroleum Reserve in a move aimed at keeping consumers happy ahead of the midterm elections.

Biden is planning to release another 15 million barrels of oil from the SPR, hoping to offset rising prices after OPEC+ announced it would slash production by 2 million barrels per day.

“The price of gas is still too high, and we need to keep working to bring it down,” Biden said at an event in Los Angeles last Thursday. “I’ll have more to say about that next week.”

An announcement is expected on Wednesday.

With the economy looming as one of the biggest factors for voters, the move is a calculated political risk with just weeks to go before they decide control of the House and Senate.

A Trafalgar Group poll found that 54.4% of voters say rising gas prices will make them more likely to choose Republican candidates in the 2022 midterm elections, including 55.5% of independents. Another poll, from the New York Times, found that voters who were focused on the economy and inflation favored Republicans over Democrats 64% to 30%. Fully 44% of voters cited the economy as their top concern, up from 36% in July, though Democrats held a 20-point advantage among voters who cared the most about noneconomic issues.

Thus, holding prices down for the next few weeks is key for Biden and Democrats, and every penny at the pump counts.

“President Biden is right to release more oil from the SPR,” said Democratic strategist Brad Bannon. “But increasing oil production is a solution that creates more problems than it solves.”

Bannon argues that tapping the SPR is an immediate issue, while legislation backed by the party will be a long-term fix.

“It’s not a short-term fix, but the most important accomplishment of Joe Biden’s presidency is passage of the Inflation Reduction Act, which will eventually make America less dependent on gasoline and the actions of foreign actors like OPEC,” he said.

Gas prices have nagged Biden for most of his presidency, rising from $2.31 per gallon when he took office to $3.44 last November when he first tapped the SPR. The White House began blaming “Putin’s price hike” for high prices in the spring when it announced it would pull 1 million barrels from the reserve daily. Press secretary Karine Jean-Pierre again mentioned Russian President Vladimir Putin’s role on Tuesday.

Prices continued rising after the Russian invasion, hitting a peak of $5.02 per gallon on average on June 14, according to AAA. They receded for most of the summer but are up again from an average of $3.68 last month to $3.87 today.

Biden’s drawdowns have depleted the reserve, which was created in the wake of the 1970s gas crisis, to its lowest levels in decades. The reserve stood at more than 650 million barrels in the summer of 2020 but will soon dip below 400 million, its lowest amount since 1985.

The move may also play a role in Biden’s approval rating, which recovered somewhat as gas fell but remain at 43.3%, per the RealClearPolitics average. His approval rating on the economy is 5 points lower at 38.3%.

“Real wages have fallen at the fastest pace in 40 years, the economy is in a recession, inflation is up 8.2%, gas prices are approaching $4 again, energy costs are surging, and more than $2 trillion has been wiped out of workers’ retirement accounts,” the Republican National Committee’s deputy communications director, Nathan Brand, wrote in a recent newsletter.

Republicans have keyed in on the gas prices issue, not only because high prices pinch voters’ wallets but because tapping the reserve seems to cut against Democratic talking points. One of Biden’s first moves in office was to cancel the Keystone XL oil pipeline, and he initially ended lease sales for oil and gas drilling on federal land before allowing limited leases to resume in April.

But while depleting the SPR may not be a wise move, Cato Institute senior fellow Peter Van Doren argues Biden has not otherwise made much of an impact on domestic oil production.

“Nothing about the pipeline or federal land leases are affecting gas prices in the short run,” he said. “It’s a symbolic scrum between folks who don’t like each other.”

Democrats are largely focusing on other issues such as former President Donald Trump, voting rights, and abortion. Biden made an abortion-focused speech Tuesday at Howard University and promised to sign an abortion access bill on the first day of the new Congress if Democrats hold both chambers.

When asked directly about oil, the White House tries to play up the positives.