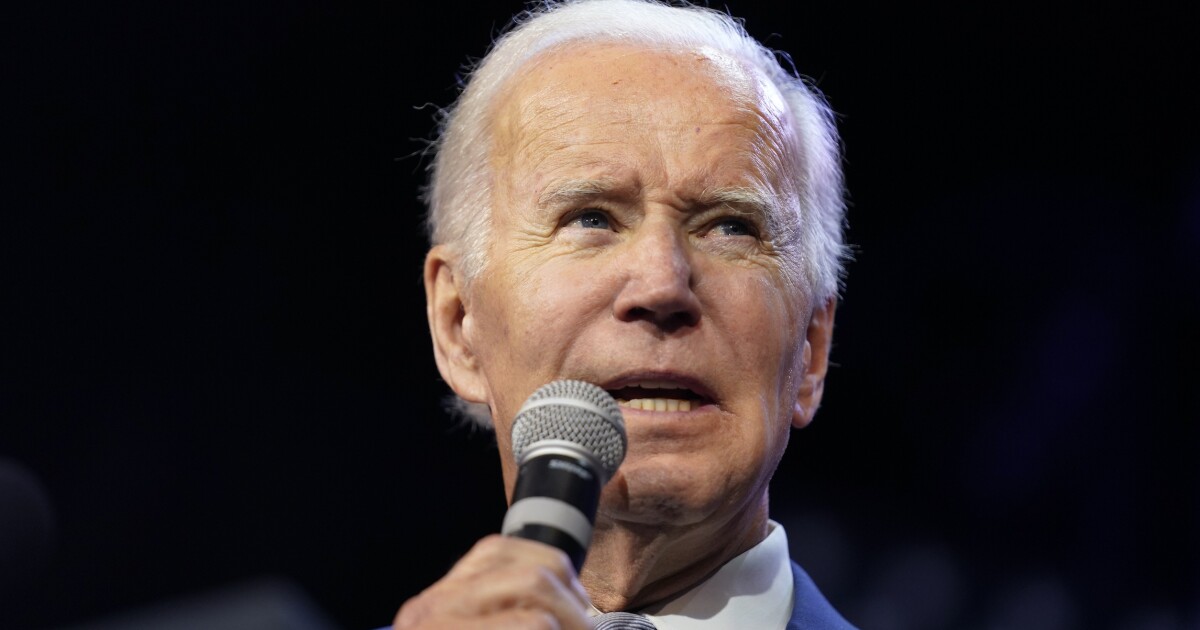 President Joe Biden outlined a three-point plan to curtail rising gas prices this fall and loudly decried criticism that he’s doing so only in a ploy to shore up Democrats in the midterm elections.

Biden is releasing another 15 million barrels from the Strategic Petroleum Reserve, detailing plans to replace that oil later, and calling on oil companies once again to slash profits in order to lower prices. After his remarks, he was asked by reporters if the midterm elections motivated the move.

Rather, the idea is to keep prices low and provide a future path for clean energy, he added.

The SPR drawdowns had been reported earlier in the week and will leave the reserve below 400 million barrels, its lowest amount since 1985. Biden also blamed the Russian invasion of Ukraine for higher prices, though he first tapped the SPR last November, months before the invasion began.

“Because of Putin’s invasion of Ukraine, the price of oil has increased dramatically,” the president said.

Gas prices have fallen since the summer, when they peaked at $5.02 per gallon on average on June 14. The average is now $3.85 a gallon, according to AAA. Biden said his administration was responsible for the fall, noting that prices were down 27 cents per gallon over the last week in Oregon and Wisconsin and 17 cents in Indiana.

“But they’re not falling fast enough,” he said. “Families are hurting.”

The second point of Biden’s three-point plan involved “debunking myths” that his administration is anti-oil. Production is up by nearly 1 million barrels a day since he took office, he said, and next year could set a production record.

“The U.S. is the world’s largest oil producer,” Biden said. “It exports more than it imports.”

He called on buying oil to replenish the SPR when oil falls below $75 per barrel, which can allow it to be sold later at a profit.

The final point was for oil companies and gas stations to sacrifice profits in order to cut prices, a call Biden and the White House have made repeatedly.

“So far, American oil companies are using that windfall to buy their own stock, passing that money on to shareholders rather than consumers,” he said. “When the cost of oil comes down, we should see the cost at the pump go down as well.”