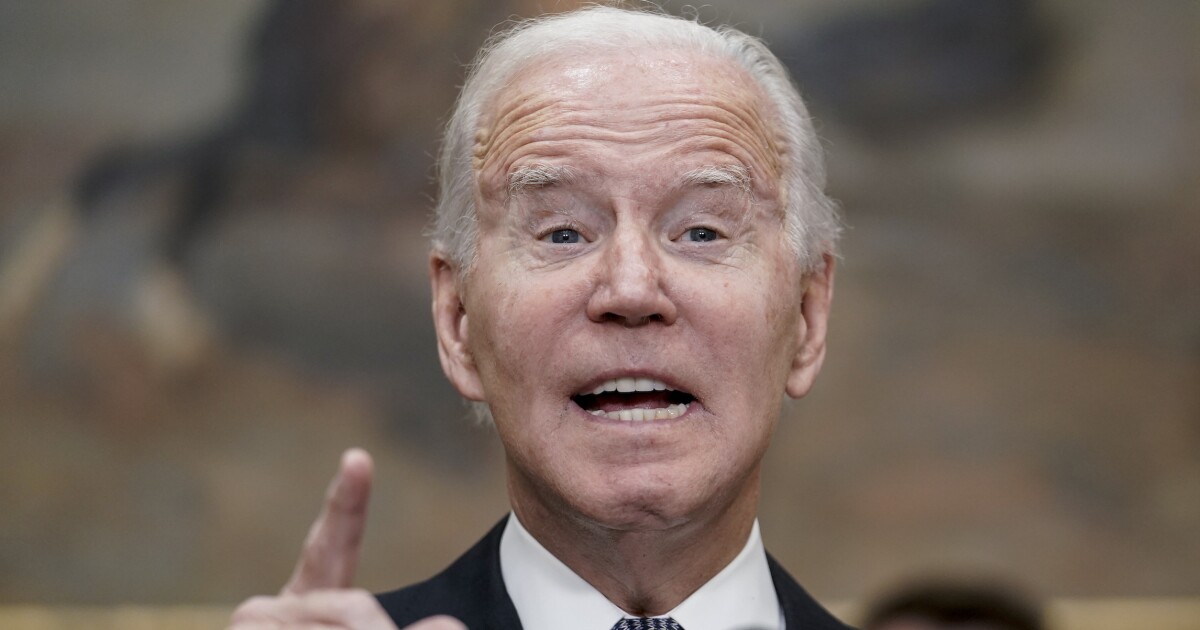 President Joe Biden has predicted “one more shift back to our side” as he tries to will Democrats across the finish line in the midterm elections.

With just weeks to go before voting is finished, Biden predicted the polls would move back in his party’s favor during a campaignlike speech on the economy and national debt.

IS THE WHITE HOUSE OVERUSING A FEDERAL LAW TO AVOID ANSWERING QUESTIONS?

“It’s been back and forth with them ahead, us ahead, them ahead, back and forth,” he said Friday. “The polls have been all over the place. I think that we’re going to see one more shift back to our side in the closing days.”

Biden’s own approval ratings bottomed out in the summer before rebounding somewhat over the last few months, though they remain in the low 40s. Despite widespread predictions that Republicans will take the House and possibly the Senate, Biden sounded an optimistic tone.

“We’re starting to see some of the good news on the economy,” he said. “Gas prices are down sharply in 46 of the 50 states because of what I’ve been doing. We’re moving in the right direction with more to come. State unemployment today is at an all-time low in 11 states.”

The president touted how he has reduced the annual deficit during his two years in office, which is accurate but still leaves the nation with a $1.4 trillion deficit over just the last year.

The Republican National Committee fired back via a statement released shortly after Biden’s remarks ended.

“Biden’s flailing dishonesty is desperate and sad,” said RNC chairwoman Ronna McDaniel. “Meanwhile, Republican-led states continue to keep Americans working, children in schools, and small businesses operating, while Biden and Democrats created a recession, historic inflation, and high gas prices. This election is about the economy, and Republican governors and legislatures have delivered. In nearly two weeks, voters will deliver a victory for common sense and elect Republicans up and down the ballot.”