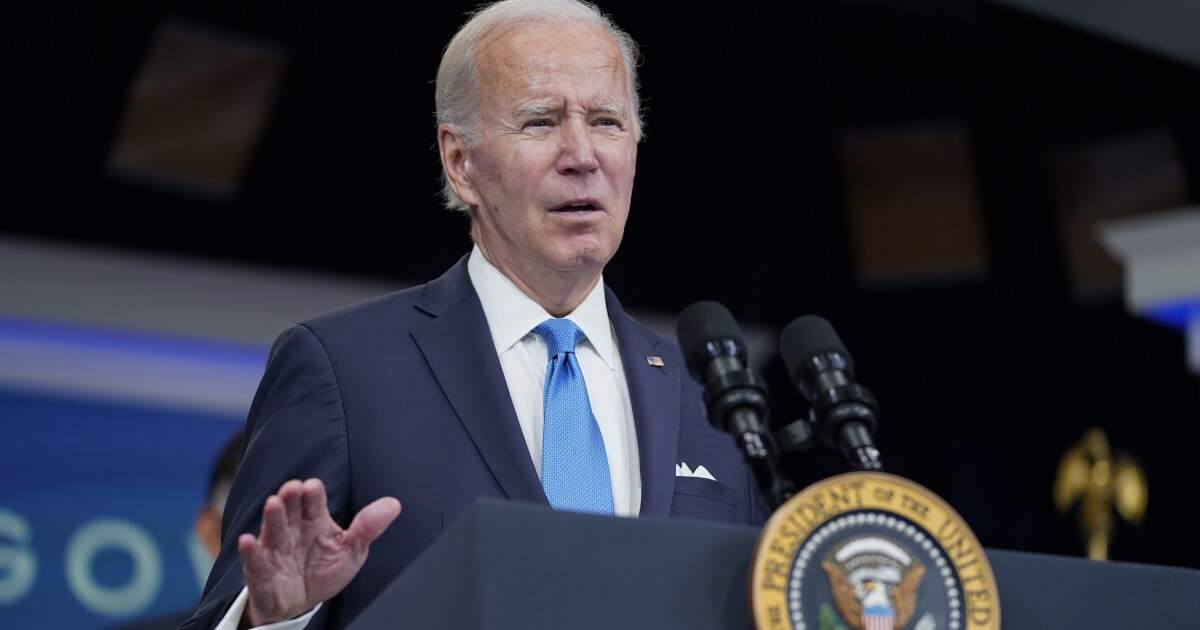 President Joe Biden on Wednesday outlined plans to eliminate what he described as junk fees from banks, airlines, credit card companies, hotels, and other companies he says are unfairly targeting the middle class.

Standing before a banner that read, “building an economy for working families,” Biden promised to have his administration step up enforcement of laws that prevent the charging of hidden fees.

“These steps will immediately begin saving Americans, collectively, billions of dollars in unfair fees,” he said. “These are surprise charges that companies sneak into bills because they can.”

Biden has mentioned the issue before, but his latest speech comes as Democrats try to shore up their economic messaging ahead of the midterm elections. Republicans have focused their messages to voters on the economy and high inflation, whereas Democrats often focus on other issues like abortion, student loans, and Donald Trump.

The White House released a fact sheet just ahead of the speech, saying the Biden administration is calling on all agencies to reduce or eliminate hidden fees, charges, and add-ons. The sheet promoted eliminating fees not only as a way for people to save money but also as a way to promote market competition.

The fees collectively can reach more than $400 per month, Biden said, and $24 billion across the wider economy.

Biden also veered into the issue of high gas prices during the speech, again calling for oil companies to reduce their prices and saying he would work to make sure they do so.

He outlined two examples of where hidden fees lurk. The first is a $15 fee banks charge when a check someone receives bounces, even though they were not at fault. The second was an overdraft fee of $35 when the bank’s software was not showing an up-to-date balance, leaving the consumer unsure of how much money was in their account.

“You didn’t screw up, the bank did,” Biden said.

He credited his administration for encouraging more airlines to eliminate rebooking fees over the summer and said 15 of the nation’s 20 largest banks are getting rid of bounced check charges.

Biden closed by saying the moves were a way to promote capitalism.

“When companies compete, products get better, prices go down, wages go up,” he said. “We encourage innovation when that occurs. And America leads the world in it. It’s called capitalism. But capitalism without competition isn’t capitalism, it’s exploitation.”