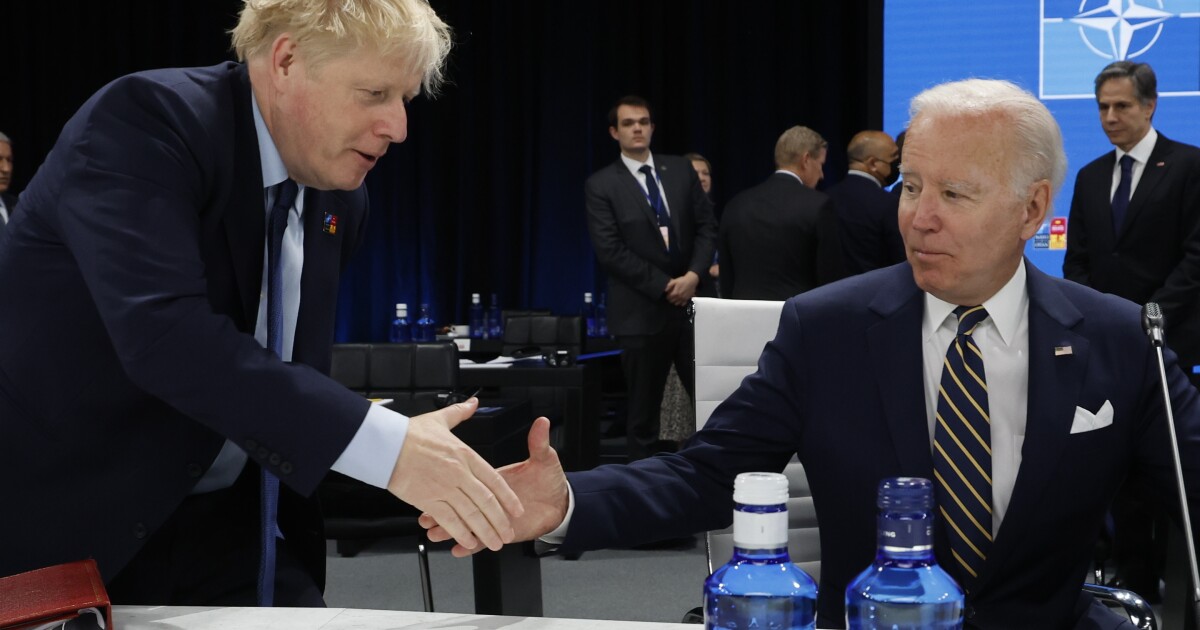 President Joe Biden said the relationship between the United Kingdom and the United States will not change following British Prime Minister Boris Johnson’s resignation on Thursday.

Both countries will continue to work together on critical problems, including aiding Ukraine against Russia’s invasion, Biden said.

THE TRAGEDY OF BORIS JOHNSON: A HERO BROUGHT DOWN BY HIS OWN ELEMENTAL FLAWS

“The United Kingdom and the United States are the closest of friends and allies, and the special relationship between our people remains strong and enduring,” Biden said in a statement reported by ABC News. “I look forward to continuing our close cooperation with the government of the United Kingdom, as well as our Allies and partners around the world, on a range of important priorities. That includes maintaining a strong and united approach to supporting the people of Ukraine as they defend themselves against Putin’s brutal war on their democracy, and holding Russia accountable for its actions.”

Johnson announced his resignation as the leader of the Conservative Party on Thursday but said he will stay as the prime minister until after the Conservative Party selects a new leader. Johnson’s resignation comes after months of scandals rocking Britain’s government, including the so-called Partygate scandal and Johnson’s elevation of Conservative Member of Parliament Chris Pincher to the position of deputy chief whip despite knowing Pincher had a history of sexual misconduct. When Johnson’s knowledge came to light, more than 30 members of Parliament resigned in protest.

“It is clearly now the will of the parliamentary Conservative Party that there should be a new leader of that party and therefore a new prime minister, and I’ve agreed with Sir Graham Brady, the chairman of our backbench MPs, that the process of choosing that new leader should begin now,” Johnson said in his resignation speech. “To you, the British public, I know that there will be many people who are relieved and perhaps quite a few who will also be disappointed. And I want you to know how sad I am to be giving up the best job in the world. But them’s the breaks.”

“Our alliance with the United Kingdom continues to be strong,” Jean-Pierre said Thursday afternoon, according to the outlet. “Our special relationship with the people in the country will continue to endure. None of that changes.”

When asked whether Biden had spoken to Johnson, Jean-Pierre said she had “no call to read out” and did not state whether the two leaders planned to speak in the near future, according to the Hill.