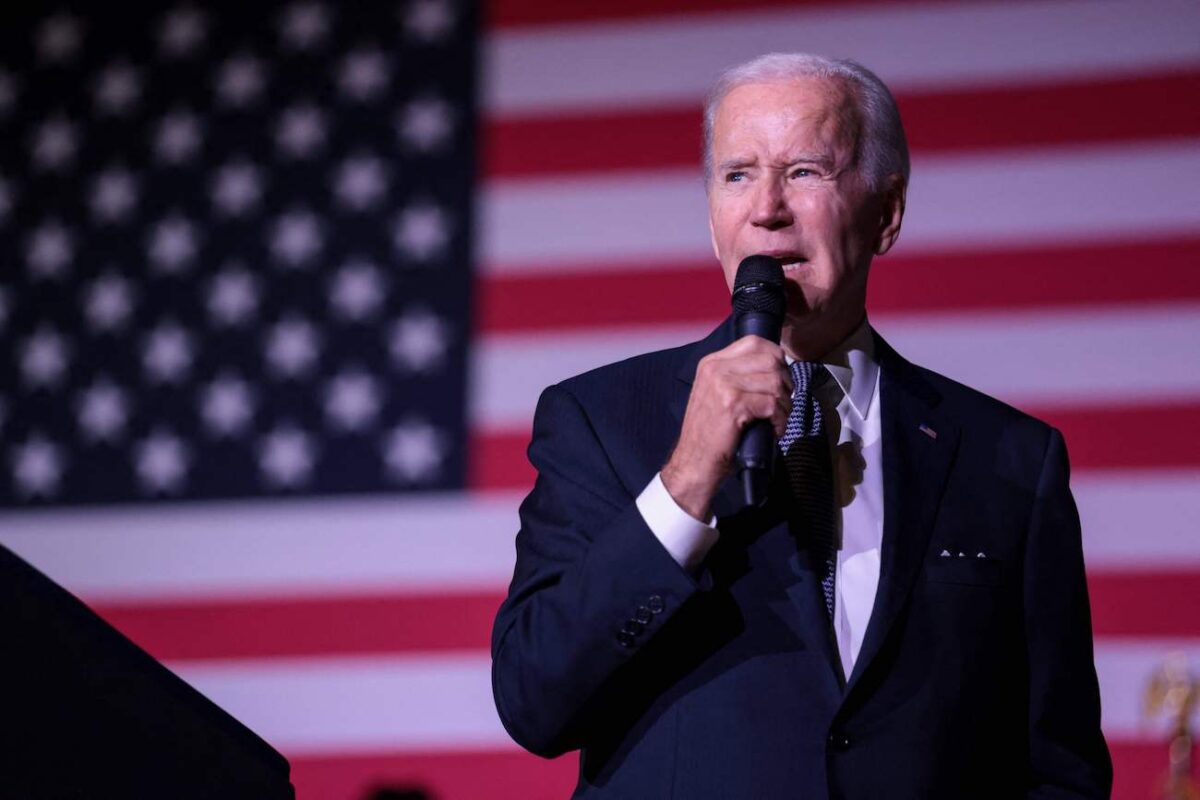 President Joe Biden said in an interview on Friday that it is his “intention” to run for reelection in 2024, though he noted that no formal decision has been made on the matter.

“I have not made that formal decision, but it’s my intention—my intention to run again. And we have time to make that decision,” Biden told MSNBC’s Jonathan Capehart in a sit-down at Delaware State University.

Biden said the reason he is not making a final judgment on whether he’ll formally run or not is because once he makes that conclusion, a “whole series of regulations kick in,” and then he has to treat himself as a candidate from that moment on.

When asked on the program if his wife, Jill Biden, supports a 2024 run, the president said that the first lady thinks what they’re doing “is something very important” and he shouldn’t “walk away from it.”

About a month ago, the president said in an interview with CBS’ “60 Minutes” that his decision to run for office again is “much too early” and that he will wait until after the midterm elections in November to come to a final conclusion on the matter.

“The president, as you know, has been asked that question many times, and he has answered it,” Jean-Pierre said. “His answer has been pretty simple, which is, yes, he’s running for reelection. I can’t say more than that.”

Biden is the oldest president in American history and will celebrate his 80th birthday in November, making him the first octogenarian commander-in-chief.

Democrats have largely pledged their support for Biden in 2024 if he seeks a second term in the Oval Office, but a handful of Democrats have suggested that Biden would not be the best flag bearer for the party after a politically unpopular first term.

A USA Today-Ipsos poll (pdf) in late August found that 56 percent of Democratic voters are against Biden’s reelection bid, despite the vast majority approving his government experience and “major policy knowledge and expertise.”

The survey also found that Americans prefer a GOP-led government because Republicans are viewed as better for the economy, especially at a time when inflation/increasing costs are the single most important issue to Americans.

During Friday’s interview, Capehart addressed Biden that “poll after poll” shows Americans trust Republicans more on the economy and suggest the GOP should control Congress.

“First of all, I’m not sure about the polls,” Biden responded, brushing off the polls. “Number two, a lot of what we’ve done and what we’ve passed has not kicked in yet.”

Biden added that he thinks it’s “a process” for Americans to make sure that what Democrats have been saying actually “really is gonna happen,” noting that’s the reason why in the final weeks leading up to the midterm elections he’s been focused on addressing Democrats’ agenda and motivate people to vote.

In September, U.S. inflation hit an annual 8.2 percent, a higher figure than in some other advanced economies. Canada (7 percent), Australia (6.1 percent), France (5.6 percent), and Switzerland (3.3 percent) are examples of countries that in September reported lower rates of inflation.

JPMorgan Chase CEO Jamie Dimon recently warned that the United States is likely going to fall into a recession in the next six to nine months, adding that the Fed “waited too long and did too little” and is now “clearly catching up.”

An economic model run by Bloomberg Economics recently boosted its estimate for the probability of a U.S. recession in the next 12 months from an earlier projection of 65 percent to a full 100 percent.

Biden, by contrast, has mostly sought to portray the economy in optimistic terms. During a visit to Oregon last week, for example, he talked up the economy, saying it’s “strong as hell.”