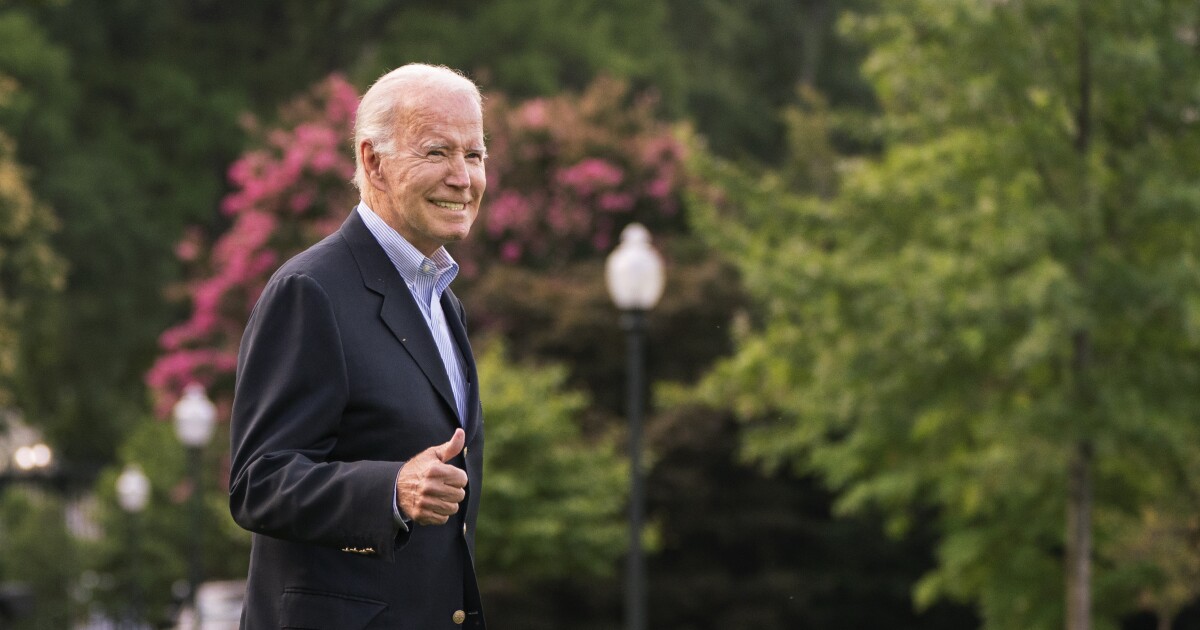 Citing a forecast from FiveThirtyEight, Klain said Democrats now hold an edge over Republicans for control of the upper chamber in the fall.

If Democrats gain seats in November to increase their Senate majority, “that will make President Biden the first Democratic president since JFK to gain Senate seats in his first midterm election,” Klain told CNN on Monday.

Democrats had been facing long odds ahead of November, but a strong jobs report, movement on the president’s legislative priorities, and a decision by Kansas voters to reject a ballot initiative to remove abortion rights from the state’s constitution in a high-turnout election suggest the party’s political struggles may be waning.

Still, Biden’s job approval remains underwater, with just under 40% of voters approving, compared to 56% who disapprove, according to a RealClearPolitics polling aggregate.

Noting a recent Monmouth survey in which 82% of respondents said the country was headed in the wrong direction, CNN anchor Pamela Brown asked Klain whether Biden’s recent legislative wins may be too late to help Democrats in November.

Klain said the events of recent weeks had shown “a big difference” between Democrats and Republicans on “special interests,” wherein lawmakers allow outside interests to influence legislation.

“When voters have that choice in front of them in November, I’m confident which side they’ll choose,” he said.

Klain’s indictment of the outside pressures facing lawmakers is typically viewed as a cross-party affliction, however.

Senate Democrats slashed a proposed tweak to carried interest rules from their just-passed climate bill due to the objections of Sen. Kyrsten Sinema (D-AZ), whose support was essential to passing the bill. The carried interest provision is largely viewed as a loophole that benefits a small group of wealthy investors