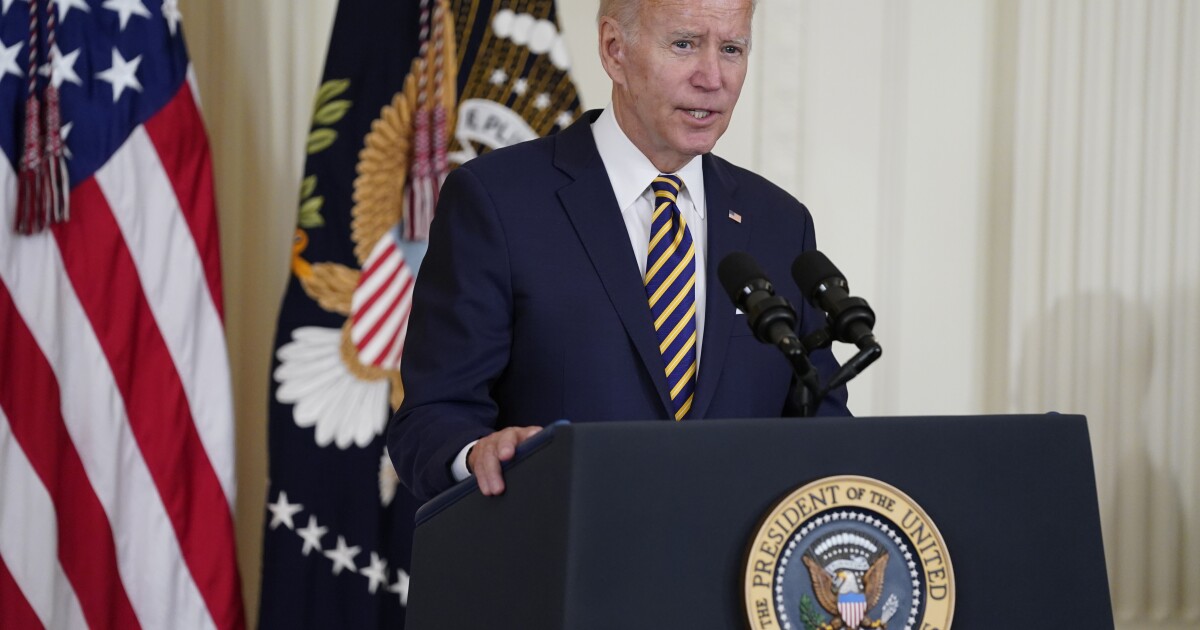 But with Trump’s resurgence in popularity among Republicans after the FBI searched and seized materials this week from his Mar-a-Lago home and office in Florida, the GOP’s reaction simultaneously offers Democrats another talking point for the fall fights.

BIDEN IS STARTING TO GET THINGS DONE. WHAT DOES THAT MEAN FOR NOVEMBER?

“People still will be voting their pocketbooks,” Siegfried told the Washington Examiner. “Unless there can be a drastic change to the cost of living and people see their grocery bills start to fall again, and their gas prices fall, and other things that are tangible that you see at the end of every month in your bank statements, Biden is still in trouble economically.”

Biden’s signing of the bipartisan $280 billion Chips and Science Act and Promise to Address Comprehensive Toxics Act for veterans this week before the House reconvenes Friday to consider the Senate-passed $700 billion Inflation Reduction Act also coincided with Wednesday’s inflation data. Consumer prices rose by 8.5% in the 12 months ending in July, a relief compared to June’s 9.1% hike, according to the Labor Department’s Bureau of Economic Analysis.

All three developments unfolded as more details emerged about the Mar-a-Lago search, a federal appeals court ruled the House Ways and Means Committee may obtain Trump’s tax returns from the IRS for its congressional investigation, and Trump pleaded the Fifth Amendment’s protection against self-incrimination during a New York Attorney General’s Office deposition for its civil fraud probe.

Republicans were quick to condemn the Justice Department and the FBI over the agencies’ unprecedented search, removing another dozen boxes of material, some reportedly classified, after the National Archives retrieved 15 last February.

Tom Pauken, a former Texas Republican Party chairman and Ronald Reagan administration official, contended the “outrageous” search was “the best thing” Democrats could have done if they wanted Trump to “reemerge and be a candidate again.” But Pauken, a onetime Trump delegate who likened the search to “political persecution,” was unconvinced the raid would help the GOP, as “there are too many people who just viscerally are anti-Trump.”

“And it sort of shifts the issues away from what’s really troubling people, the high cost of living and the difficulty of making ends meet for the middle class these days, plus the kind of crazy cultural stuff that is going on throughout our society,” he said.

Although Trump’s popularity had been dwindling, in part because of his persistent 2020 election challenges and Jan. 6, the search has galvanized an “us vs. them mentality,” Siegfried added.

“Trump wasn’t getting the majority in the polls for 2024, but he was getting the plurality, low to upper 40%, with all these other candidates splitting support,” he said. “Once he gets the nomination, he can do severe damage to whomever stands up to him.”

For a Democratic aide, this week has only underscored that Republicans are beholden to, “at best, a shady guy,” as the staffer’s party is “actively working to lower costs and passing this agenda.”

“Our theory of the case isn’t a fear case, as much as it is a reminder of what the Republican Party stands for,” he said. “We know historically that voters start to tune in closer to elections. And what are they tuning into? They’re tuning into President Biden and Democrats delivering for the American people, while Republicans are talking about banning abortion and going further than overturning [Roe v. Wade].”

White House press secretary Karine Jean-Pierre declined this week to describe Trump as Biden’s political opponent or comment on whether the Justice Department and FBI should make a public statement on the search, repeating that they are independent and the president has not politicized federal law enforcement.

Regardless of Trump, the White House has provided scant details on its plan to promote Biden’s legislative victories, other than this week’s trip to Kentucky to survey the commonwealth’s deadly storm damage. Biden departed for South Carolina Wednesday with a to-be-determined return date.

“What we have seen this week is a win for the American public,” Jean-Pierre said. “The president, the vice president, Cabinet secretaries, congressional members are certainly going to be out there talking to the American people, talking about these wins for them that we were able to work together on.”

Biden’s average approval rating is an improved 40%, according to FiveThirtyEight and RealClearPolitics. Republicans only have an average 0.1 percentage-point edge on Democrats in generic congressional ballot polling before the elections. Other prognosticators predict Democrats have a 60% chance of clinching the Senate and the GOP a 79% chance of securing the House.