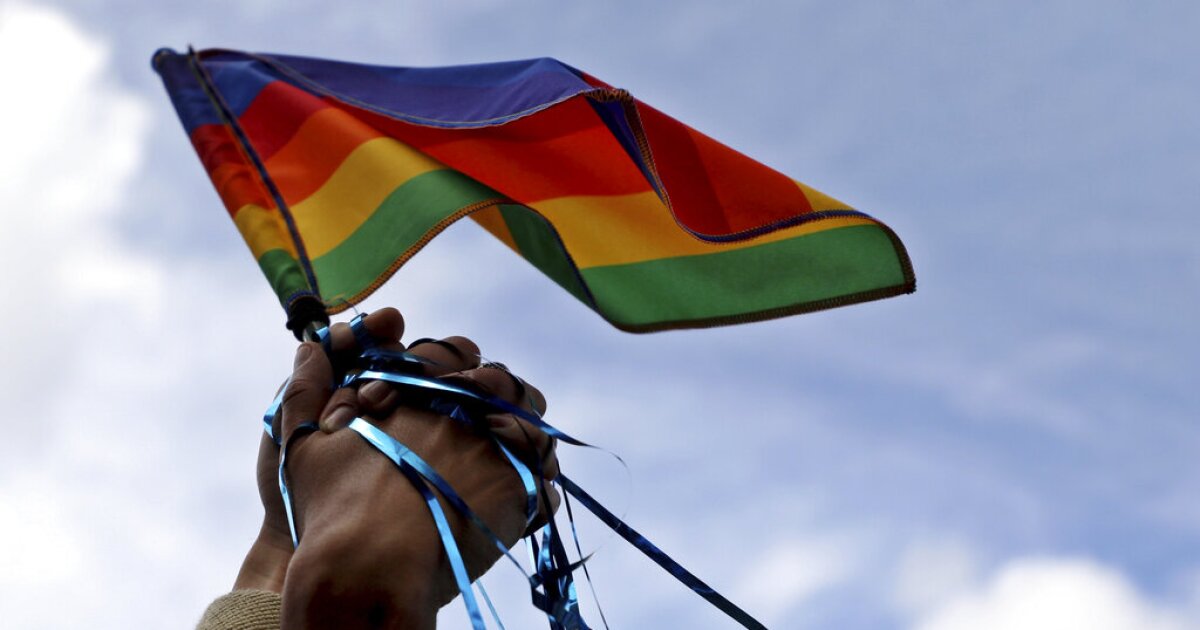 The State Department awarded a $16,000 grant in September to Fundacion Sentiido, according to a federal grant listing reviewed by the Washington Examiner. That same organization, which is based in Bogota, Colombia, focuses on LGBT issues and calls for the expansion of “sex worker” rights in the crime-ridden country, records show.

Sentiido launched in 2011, and it trains people on “gender, sexual diversity, and social change,” according to its website. It aims to fight “discrimination against LGBT people” and publishes independent journalism and research on LGBT issues, the group’s website reads.

The grant to Sentiido was to “provide tools, resources and opportunities to support journalists and activists in Colombia and in Latin America” so they can gain a better understanding of the “use of disinformation and gender restrictive narratives against LGBTIQ and womens rights,” according to the State Department.

A spokesperson for the State Department told the Washington Examiner that the grant to Sentiido was “in support of American values,” adding that “U.S. citizens benefit from a world that is safer and more prosperous for all.”

Colombia has yet to outlaw prostitution and, like other South American countries, deals with high rates of sex trafficking and human rights abuses. Its government has failed to “proactively investigate, prosecute, or convict cases of forced labor,” and armed groups commonly force young girls and women into sexual “webcam modeling,” as well as lure them into sex through drugging, the State Department said in a 2021 report.

Out of 142 countries, Colombia is ranked 27th on the global crime index, which tracks crime levels by assigning places a score between 0 and 100. Children in Colombia are at elevated risk of being sexually exploited and forced into prostitution, the U.S. government has found in the past.

Nevertheless, since at least 2014, Sentiido has engaged in prostitution advocacy. On Nov. 3, just under a month after the State Department’s grant began its October disbursement, the organization hosted a webinar titled “Stand in my corner: trans-feminism and sex worker rights activism.” The three webinar speakers were prostitutes.

Sentiido has criticized the Colombian police’s attempts to crack down on prostitution and published an article in September 2020 slamming the idea of further regulation. The organization has also boosted “webcam sex work,” claiming it protects prostitutes from “economic exploitation.”

“Fanatical, woke organizations like Fundacion Sentiido shouldn’t be propped up with American taxpayer dollars, and they certainly shouldn’t be using those dollars to promote prostitution, radical gender indoctrination for children, and all manner of depravity abroad,” Rep. Chip Roy (R-TX), who sits on the House Judiciary Committee, told the Washington Examiner.

“It’s time Republicans in the so-called People’s House grow a spine and use the power of the purse to stop funding this woke garbage once and for all,” added Roy.

In 2020, Sentiido promoted several COVID-19 “emergency funds” for people to donate to prostitutes. One fund it promoted was managed by Red Comunitaria Trans, or Trans Community Network, a Bogota group launched in 2012 that calls for the expansion of transgender rights.

Another fund Sentiido promoted was by the Mexican Alliance of Sex Workers, which received a 1,500-word profile by Vice News. The alliance hosts a fund for “homeless trans sex workers,” according to its Facebook account. It also hosts events for the public to interact with drag queens and sex workers, Facebook posts show.

Sentiido also promoted a fund by Ammar Cordoba, an Argentinian group that calls itself a “union of sex workers.”

Rep. Ralph Norman (R-SC), a member of the House Oversight and Reform Committee, told the Washington Examiner that he wants to know “what went through the minds of the State Department bureaucrats” who decided to give Sentiido tax dollars.

“Why on God’s green Earth are U.S. taxpayers footing the bill for South American activists to learn about so-called ‘disinformation and gender restrictive narratives’?” he said. “If I were in Secretary Antony Blinken’s shoes, we’d be gearing up for an Elon Musk-style housecleaning over at the State Department.”

“This is ridiculous,” Norman said.

It is unclear what Sentiido has used the funds it received from the U.S. government for. Sentiido did not respond to a request for comment.

In a March article, the organization likened people who follow “religious fundamentalism” to those who are “racist” or “homophobic.” Sentiido quoted a professor that claimed “monogamy” is “not biblically supported.”