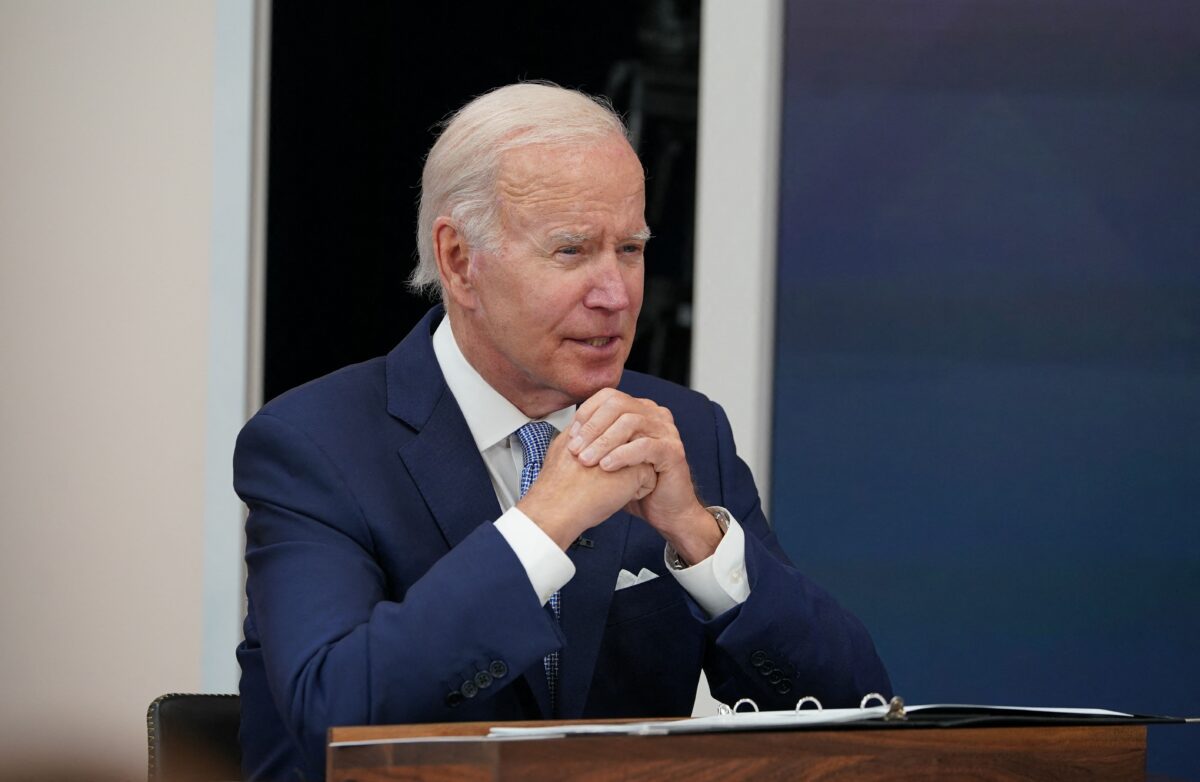 President Joe Biden is still showing mild COVID-19 symptoms and again tested positive for the virus on Thursday morning, according to his doctor.

The president is now in his fifth day of self-isolation following a second diagnosis of the virus, said White House physician Dr. Kevin O’Connor in a memo released Thursday by the White House.

Biden is expected to isolate at the White House until testing negative.

Biden initially contracted the virus on July 21 before testing negative for COVID-19 days later and emerged from isolation last week. However, on Saturday, Biden tested positive in what has been described as a Paxlovid-induced rebound case, O’Connor said.

White House chief COVID-19 adviser Ashish Jha has insisted COVID-19 rebound linked to Paxlovid is a rare occurrence. But some scientists have questioned clinical studies presented by Pfizer showing that it only has a 1 or 2 percent incidence of happening.

The COVID-19 diagnosis has complicated Biden’s travel schedule, forcing him to scrap a trip to Michigan on Tuesday. He will also convene in an inter-agency task force on Wednesday afternoon and sign an executive order relating to abortions, coming after his Department of Justice filed a lawsuit against Idaho over its law restricting most abortions following the Supreme Court decision to overturn Roe v. Wade in June.

Biden has received a total of four COVID-19 vaccine doses. He took two doses of the Pfizer-BioNTech mRNA vaccine before his inauguration in January 2021, received a first booster dose in September, and got his second booster shot in March of this year.

The Centers for Disease Control and Prevention (CDC) sent out a health alert to doctors on May 24 advising that COVID-19 symptoms, or “COVID rebound,” can return while a patient is taking Paxlovid. The agency says that most rebound cases involve mild symptoms.

“A brief return of symptoms may be part of the natural history of SARS-CoV-2 infection in some persons, independent of treatment with Paxlovid and regardless of vaccination status,” the federal health agency said in May 2022.

“If you take Paxlovid, you might get symptoms again,” CDC Director Rochelle Walensky told CBS News several days after the alert was sent out. “We haven’t yet seen anybody who has returned with symptoms needing to go to the hospital. So, generally, a milder course.”

The CDC recommends that people who might be experiencing COVID-19 rebound follow the usual, five-day isolation guidelines.