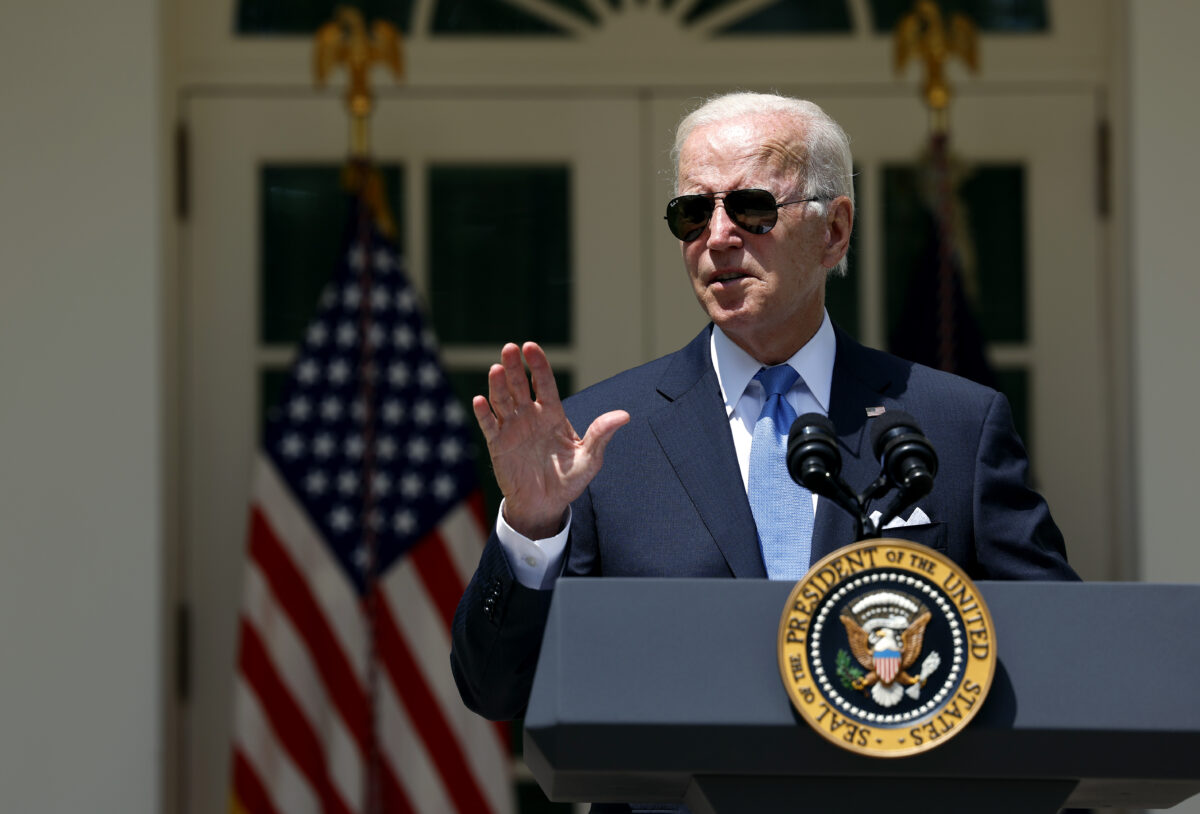 The White House confirmed President Joe Biden is still positive for COVID-19, nearly two weeks after initially being diagnosed with the virus.

A memo sent by White House physician Kevin O’Connor said he is still positive as of Wednesday morning and experiencing an “occasional cough.”

“The president continues to feel well. This morning’s exam was conducted after the president finished a light workout, which he enjoyed,” his letter said (pdf). “He remains fever-free and in good spirits. His temperature, pulse, blood pressure, respiratory rate and oxygen saturation remain entirely normal. His lungs remain clear.”

Biden declared victory over his COVID-19 infection last week and briefly reemerged from the White House to deliver a speech at the Rose Garden. But over the weekend, he tested positive again for the virus.

His doctor said that it’s likely because Biden, 79, is taking the Pfizer-made drug Paxlovid, which is known to cause a rebound in positivity and symptoms among some individuals.

White House chief COVID-19 adviser Ashish Jha has insisted COVID-19 rebound linked to Paxlovid is a rare occurrence. But some scientists have questioned clinical studies presented by Pfizer showing that it only has a 1 or 2 percent incidence of happening.

The Centers for Disease Control and Prevention (CDC) sent out a health alert to doctors on May 24 advising that COVID-19 symptoms, or “COVID rebound,” can return while a patient is taking Paxlovid. The agency says that most rebound cases involve mild symptoms.

“Given his rebound positivity which we reported Saturday, we continued daily monitoring. This morning, his SARS-CoV-2 antigen testing remained positive,” O’Connor also said Wednesday. Biden will still remain in isolation and will “conduct the business of the American people from the Executive Residence,” according to the letter.

The COVID-19 diagnosis has complicated Biden’s travel schedule, forcing him to scrap a trip to Michigan on Tuesday. He will also convene in an inter-agency task force on Wednesday afternoon and sign an executive order relating to abortions, coming after his Department of Justice filed a lawsuit against Idaho over its law restricting most abortions following the Supreme Court decision to overturn Roe v. Wade in June.

The CDC recommends that people who might be experiencing COVID-19 rebound follow the usual, five-day isolation guidelines.

Biden, who has received a total of four COVID-19 vaccine doses, first tested positive for the virus on July 21. He received two doses of the Pfizer-BioNTech mRNA vaccine before his inauguration in January 2021, his first booster dose in September, and his second booster shot in March of this year.