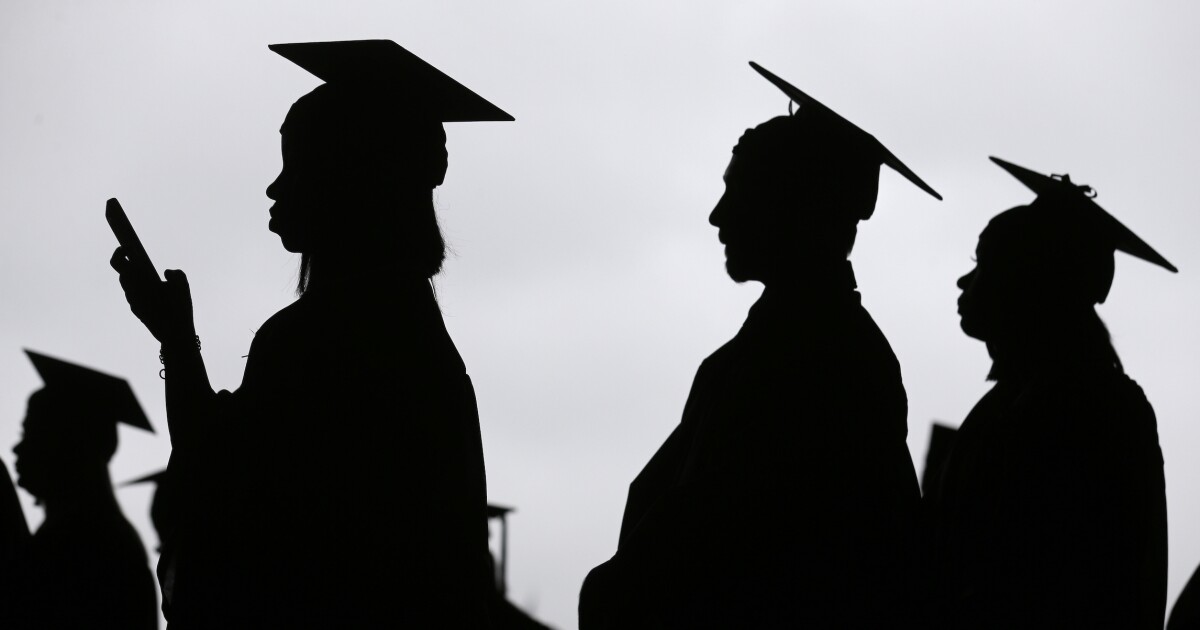 The Biden administration appears to be gearing up for yet another extension of the student loans pause that began in March 2020 and may still elect to try to “cancel” up to $10,000 of debt per borrower via executive action.

Student loan servicing contractors for the federal government are being told to hold off on sending out billing statements as the Aug. 31 deadline looms for when a loan payment freeze of more than two years is set to end, according to a report.

“The situation is that we’re almost 30 days away from the planned resumption, and the [Education Department] has been telling servicers to hold off on resumption communications for the last few months,” Student Loan Servicing Alliance Executive Director Scott Buchanan told the Wall Street Journal. “Maybe the department expects that the White House will yet again kick the can down the road.”

Former President Donald Trump initiated the ban as part of a wave of COVID-19-related policies and extended it twice before leaving office. His replacement, President Joe Biden, has extended it four more times and may do so again in order to extend it beyond the fall midterm elections.

More than 40 million borrowers hold a collective $1.6 trillion in federal student loan debt, and none have been required to make payments for more than two years, but they’ve been left in limbo each time the pause expiration date draws near.

The White House and Department of Education did not respond to questions from the Washington Examiner about whether or not the pause would be extended again or whether further extensions would still be due to economic factors caused by lockdowns or because of more general concerns about the debt burden.

However, administration officials have signaled for months that loan repayments would likely not resume as scheduled on Aug. 31.

“So between now and Aug. 31, [the student loan pause] is either going to be extended, or we’re going to make a decision, as [White House chief of staff ] Ron [Klain] referenced, about canceling student debt,” then-White House press secretary Jen Psaki said in April.

Biden called for canceling student loan debt of up to $10,000 per borrower during the 2020 campaign but has mostly said since taking office that Congress needs to act first. Some progressive legislators, such as Senate Majority Leader Chuck Schumer (D-NY) and Sen. Elizabeth Warren (D-MA), have called for canceling up to $50,000 per borrower, but Congress has not taken any action.

The White House has repeatedly teased the issue but has yet to take action beyond extending the pause. Critics charge that loan forgiveness exacerbates inflation, is unfair to those who did not take out loans or paid them off, and does nothing to solve the underlying issue of college expense, and they point out that loans are not truly “canceled” but lumped into the national debt. There is also the question of whether an executive order on student loans would withstand legal scrutiny.

Just 13% of the public has student loans overall.

The last pause extension came 24 days before the previous pause would have ended, according to CNN, so a decision may be announced in early August.

Administration officials deferred when asked about the situation during Tuesday’s White House press briefing. Reporters mentioned that Biden has been weighing whether or not to take unilateral action on student loans for more than a year, and they asked when he might make a final decision.

National Economic Council Director Brian Deese responded that “the president spoke to the timeline on this issue, and I’ve got nothing beyond what he’s said on that,” while press secretary Karine Jean-Pierre said, “As far as the loan cancellation — look, [Biden] understands what this means for families, how burdensome it can be. I just don’t have anything more to share.”